We first wrote about MikroElectronika MikroBUS socket in 2015 while covering an SBC which featured one MikroBUS socket supporting one of the 150 Click boards available at the time.

There are now over 700 Click boards to choose from, with the tiny modules offering motor drivers, buttons, short-range connectivity,  UART and other interfaces, as well as various sensors. But BOKRA had another idea: developing MCU based systems-on-module following MikroBUS form factor. 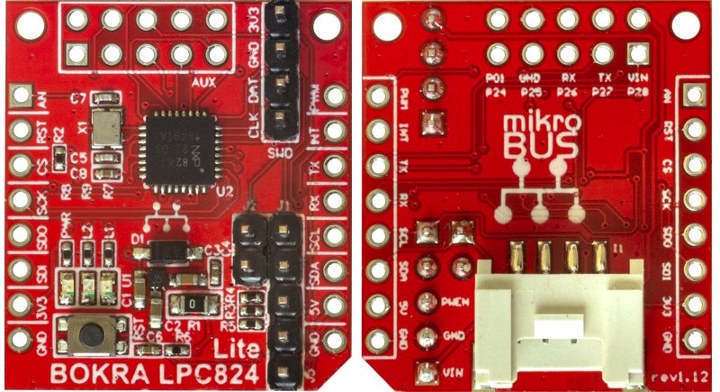 The first of those modules is BOKRA LPC824 Lite with the following specifications: 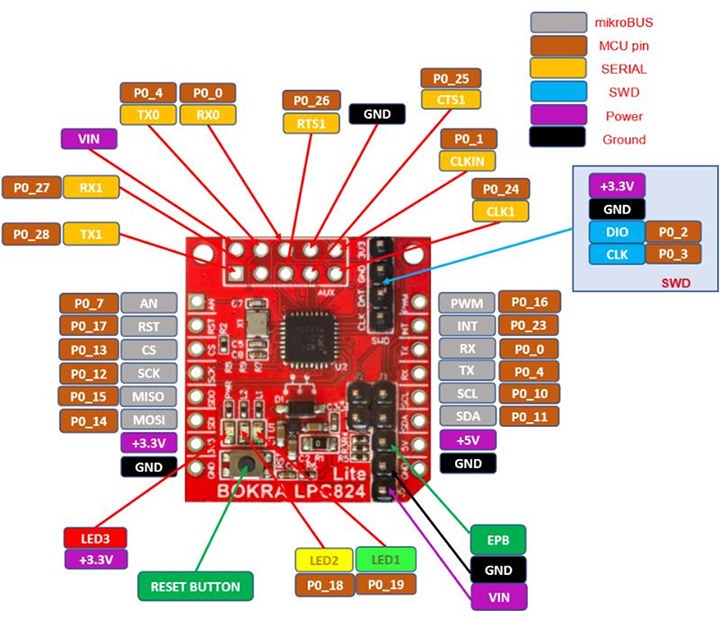 BOKRA LPC824 Lite is compatible with the free LPCXpresso IDE (v8.2.2 or higher), Keil MDK and other IDEs. 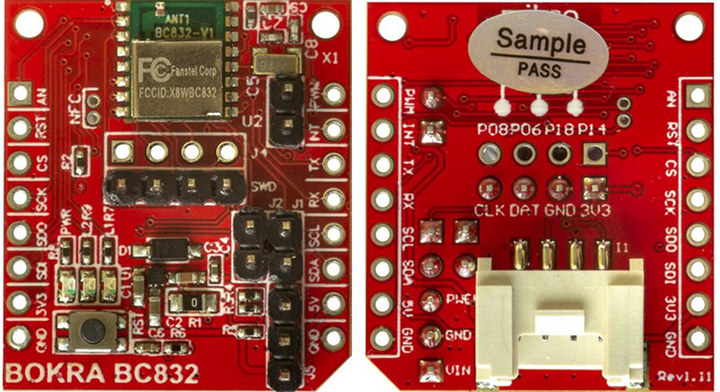 If you’d rather have a board with a more powerful microcontroller with built-in wireless connectivity, BOKRA BC832 MikroBUS SoM provides Bluetooth 5.0 Low Energy via Nordic Semi nRF52832 WiSoC. 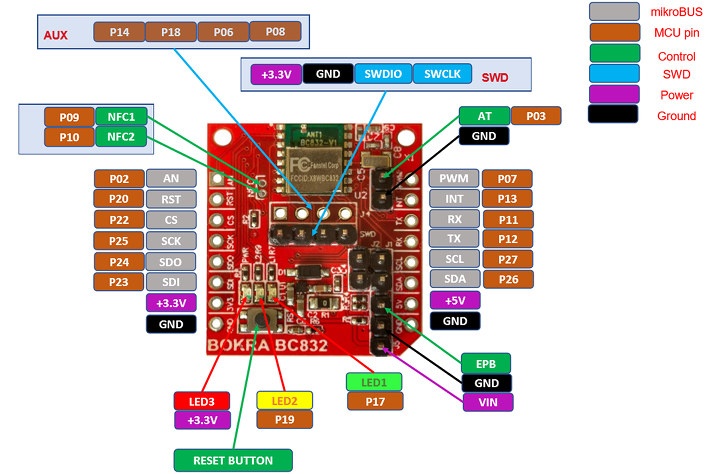 BOKRA did not provide any details about software development, but the board is likely supported by the usual nRF52 tools such as SEGGER Embedded Studio, Keil, GCC, and IAR IDEs and toolchains.

Some of the applications for the board include IoT (Internet of Things), building and home automation, lighting products, sensors, portable devices, fitness/sports trackers, and “interactive entertainment devices”. 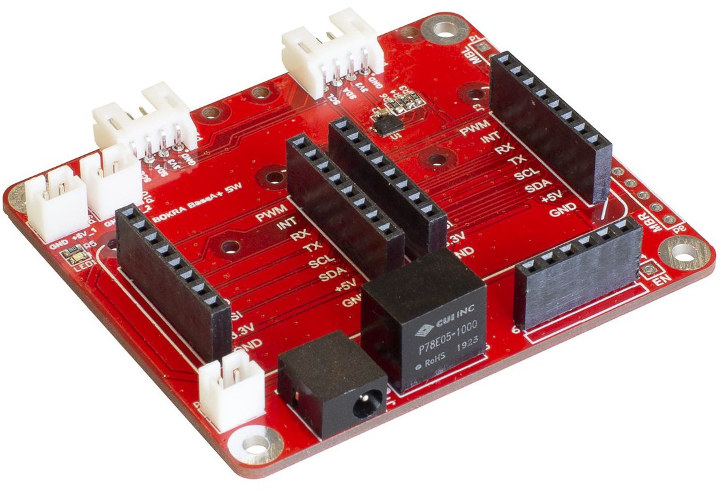 I’d assume a BOKRA MCU module could be inserted into any board with a MikroBUS socket, for example, to handle some real-time tasks, as long as it can deliver the 2.5W needed for the board.

Alternatively, the company made its own MikroBUS baseboard with two sockets and the following specifications: