STM32 “Blue Pill” is a popular, and cheap (>$2) development board based on STMicro STM32F103C8T6 Arm Cortex-M3 microcontroller and programmable with the Arduino IDE.

I’ve just been informed the board got an upgrade of sorts with a “Blue Pill 2” board featuring either STM32F401CCU6 or STM32F411CEU6 Arm Cortex-M4F microcontroller, and a USB Type-C port for power and programming. It’s black, so instead, I’ll call Black Bill as some others appear to do. 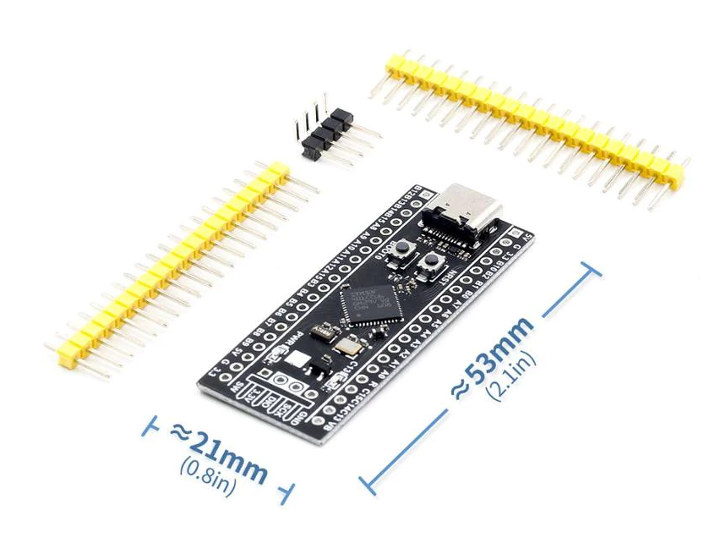 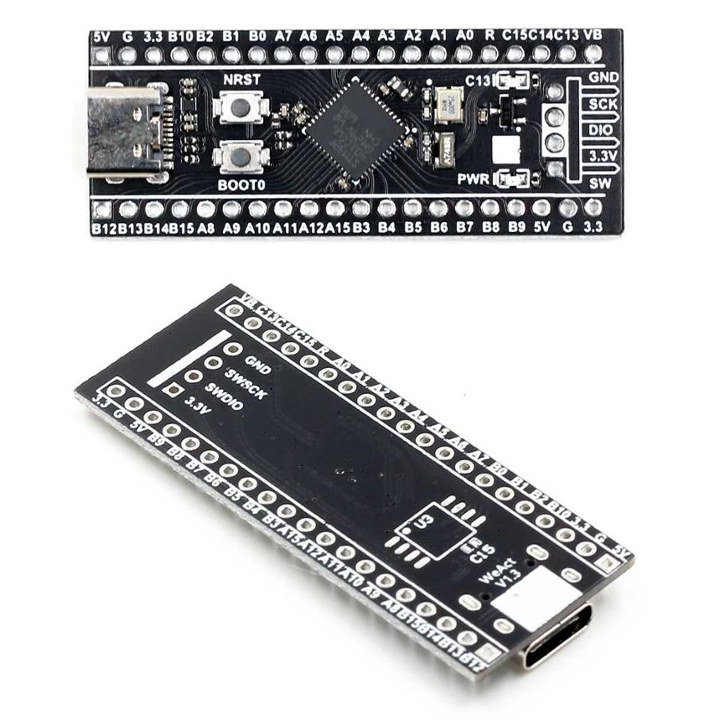 The new boards get a faster microcontroller with an FPU and much more memory and storage to play with, and you could even solder your own SPI flash.

“Blue Pill” is just a nickname for this type of board, and we can see the PCB is named WeAct V1.3. I can not see Arduino support yet for the board, but an STM32F401CC board called BlackBill F401CC is supported in Arduino Core for STM32 repository, and I believe it may be this exact board (TBC).  One person is also specifically working on a MicroPython port for WeAct v1.3  board.

Thanks to iridiumsat for the tip.