Announced last summer, MediaTek Helio G90 & Helio G90T processors are specifically designed for gaming on smartphones and ideals for titles such as Fornite, PUBG, or KOG. 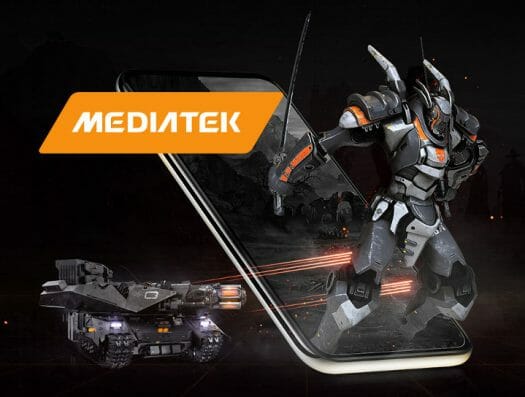 It’s unclear how Helio G70T differs from Helio G70, and I suspect some higher CPU and GPU frequencies for the former.

MediaTek HyperEngine game technology enables “Intelligent Speed Uplift for Rapid Gameplay” and “Resource Management Engine for Better, Longer Gameplay” meaning rapid switch between LTE and WiFi, the ability to defer calls during play, and what should be better handling of resources to maximize performance while avoiding throttling.

Note that MediaTek is not the only company designing mobile SoCs for gaming with Qualcomm Snapdragon 730G and Snapdragon 765G targetting the “mainstream gaming smartphones” market segment.

A few more details may be found on the product page.

Not that gaming is a concern for me, but I like seeing this mainstream phone processor trend with two good cores (and some others because why not, I guess) which is all you really need for a very good experience with the phone. I don’t mind the faster than necessary GPU as in the several years over which I’ll own the phone, the OS will surely grow to eat up anything I purchase. And if that’s what it takes to get two fast cores vs four slower ones, I’m willing to compromise. Nice to see them having more than just… Read more »

I’m not sure I get the point of 6x CA55. Something like 3x CA73, 2x CA55 could have been a more interesting proposition.

Agreed. but I think I know the reason. 8 is a lucky number in certain parts of the world. I kit you not, that’s enough to add unnecessary cores. Given how small the die area of them are, I guess I don’t mind all that much. A smart vendor would just take four of them offline–or never bring them online to start with. Call it ‘advanced power saving’. 😉

Looking closer, what’s the deal with calling out LTE band 71 specifically? Is there something special needed for that band? I know there would be in the radio, but that’s a different chip, right? Band 71 is only used by T-Mobile in the USA, so that’s pretty specific.

I should have followed the cellular industry better in the last decade.