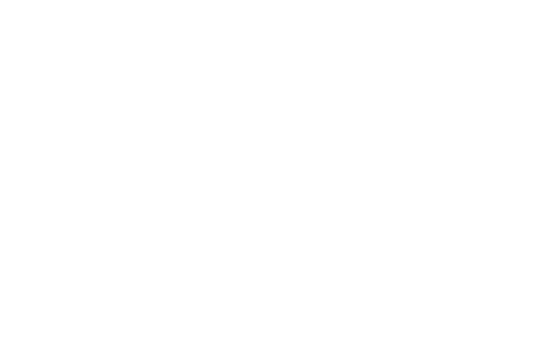 Seeed Studio has been working on a single board computer powered by STMicro STM32MP157C Arm Cortex-A7/M4 microprocessor, comprised of the Raspberry Pi inspired NPi-STM32MP157C baseboard, and SoM-STM32MP157C system-on-module.

The company provides code samples with an Arduino sketch running on their Seeeduino V4 board connected to a CAN Bus shield, and a Python script running Qt on the STM32MP1 SBC, as well as PDF schematics for both the baseboard and SoM, and documentation such as the pinout diagrams for all connectors and headers on Github. Note documentation is available both in Chinese and English, just click on the “EN” files to get the English versions. The board is supposed to run Linux, but I could not find OS images nor source code at the time of writing.

Seeed Studio is not selling ODYSSEY-STM32MP157C SBC directly on their own online store just yet, but we can find the board on Digikey and Mouser for around $27 for the SoM, and $58.5 for the SoM and baseboard. As I understand it, both companies refer to NPi-STM32MP157C as the SOM + baseboard kit instead of just the baseboard, and there’s no mention of ODYSSEY-STM32MP157C.

After a year from it’s release the MP1 it’s still far too expensive to get in my collection.

I don’t think it’ll ever be cheap enough for a board that’s on the same price level as the orangepi etc. Despite the low-end specs these SoCs aren’t designed for the e-waste market.

You aren’t just paying for the raw cost of the chip. Those SoCs actually have people mainlining and maintaining them.

Yes, sure. But then have a look at the Jetson nano compare the specs, the price, the middleware and BSP support. It’s almost the same price (SOM + baseboard). $85.5 for MP1 and $89 for Jetson. What makes MP1 so much better compared to nano?

jetson nano is a dev kit from the vendor that’s probably sold at or below cost as a promotional item.

Parts like this and the i.mx6 etc are going in stuff that needs something better than a microcontroller with a decent supply chain, long term availability, vendor support etc.
You pay a premium for that.

I think this discussion doesn’t make much sense. Depending your use case there are many cheaper alternatives with good support and all the things you’ve mentioned. Are you ab amateur that wants an SBC then go with nano, rockpi or many other boards. If you talk about developing a product, even then there are better solutions at almost any MOQ. There are dozens different use cases and I can’t think of one that the MP1 is better in that price range, especially with those specs. Maybe I’m wrong and you’re right.

It doesn’t make sense for the e-waste market like the <$15 orangepi boards but if you have a little project where being able to compile mainline and have most stuff working including suspend/resume (not saying it actually works right now, I haven't checked) is important it might be worth the extra money. Cheapish imx6ull boards exist though so I'm not too sure there is much of a market. For actual products if you're lucky enough to still be selling something in 10 years you'll be glad you don't have to maintain a severely bit rotted android patched kernel that was… Read more »

Therefore, it’s only for a limited projects, that need low price, main kernel support and 10 years availability. That’s a very small market. Most of the products have 2-5 years max life and most of them don’t require mainline kernel. For example, most of the imx6 & imx8 SoCs don’t have mainline support. They don’t have preempt-rt kernels. Still they dominate the market. Anyway, I really can’t think of any product that I would choose this SoC, but maybe some people do consider this. Although, I like ST and I’m using a lot of their MCUs, I believe they should… Read more »

>Therefore, it’s only for a limited projects, that need low price, >main kernel support and 10 years availability. Well for me, if I didn’t already own hundreds of single core cortex A7s, I might buy this because maybe it presents something new to learn that might be useful at work/with clients in the future. Having an M4 in there is meant as an RT co-processor and not just a power management controller means there’s some potential to learn some stuff that isn’t there on your average Chinese quad core A7 thingy. I’m not sure why seeed made this board though.… Read more »

Your numbers are wrong. MP1 SoM + baseboard are $58.5, not $85.5 as you write. So it is not “almost the same price”. For use in standard temperature conditions and with applications, where you don’t need an integrated MCU, the Jetson board still looks like the better choice. I’d not go as far as calling the MP1 an uncompetitive chip.

What’s weird about Mouser’s page is their offer’s Frankenstein nature: what to make of the name “Seeed Studio NPi-STM32MP157C i.MX 8M Mini SoM+Baseboard”? The description and front and back layout pictures are completely different from Digikey’s page and describe indeed an i.MX 8M Mini design. Also, on the “back layout” picture, the board is actually named “NPi – i.MX 8M Mini” and there’s a PCIe interface, which STM32MP157C lacks. Maybe Seeed Studio has more boards in development?