NVIDIA Jetson Xavier-NX module was officially launched about a week ago, and at the time we noted several carrier boards and mini PCs were launched or announced from companies like D3 Engineering, Diamond Systems, and Connect Tech.

We should expect many new Jetson Xavier-NX embedded mini PC announcements over the next few weeks and months, and AAEON has now announced two new similar compact fanless embedded box PCs namely Boxer-8221AI and BOXER-8251AI with the same designed but powered by respectively Jetson Nano and Jetson Xavier-NX modules. 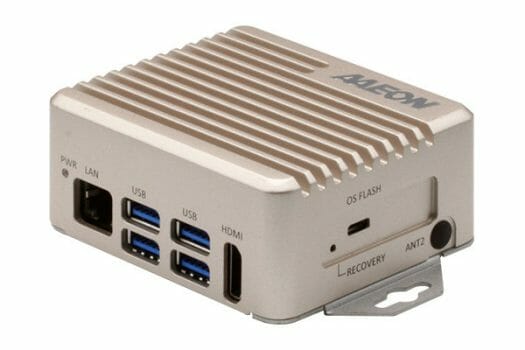 Both models should share the same specifications except for the module: 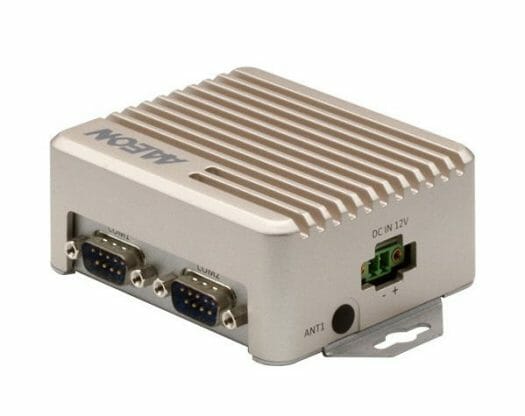 The embedded box computer slightly bigger than a credit card, and packs a lot of processing power in such a small factor. The company does not directly rely on the Linux image provided by NVIDIA, but instead AAEON ACLinux 4.9 based on Ubuntu 18.04, that’s probably a just variant of NVIDIA’s Ubuntu image.

AAEON Boxer-8221AI fanless embedded box PC is already for sale for $365.00, and more details can be found on the product page.

Great looking case… only thing needed is an outdoor weatherproofed model and the fun would begin. 🙂

Could begin if you put it into a larger NEMA enclosure.

It’s a rather nifty case like you said. If it wasn’t that it’d be so pricey compared to one of the B02 dev kits, it’d be epic. Right now, the parts are…somewhat hard to lay hands on unless you’ve got a company and a channel partner (Mouser, DigiKey, etc.) that you have an account with and buying 10+ of the things.

It could also be a Yocto derived image since meta-tegra works for these targets (I’m making my own pass at builds shortly for my Day Job to see what the boosts are going to be for our own imaging applications). That’s an it-depends item that would require someone to plunk down the change for their configuration there.

Now, for the annoying thing if you’re going to be playing in the Xavier NX space. Much of the stock heat sinks do not sport the same connector for the PWM fan on the sink- to make it work, you will need to do some surgery to get it to the larger connector type. You will need to do that with anything that’s not got the smaller connector. Had to do that to get my NX to go onto the compatible B02 Nano carrier. X-D