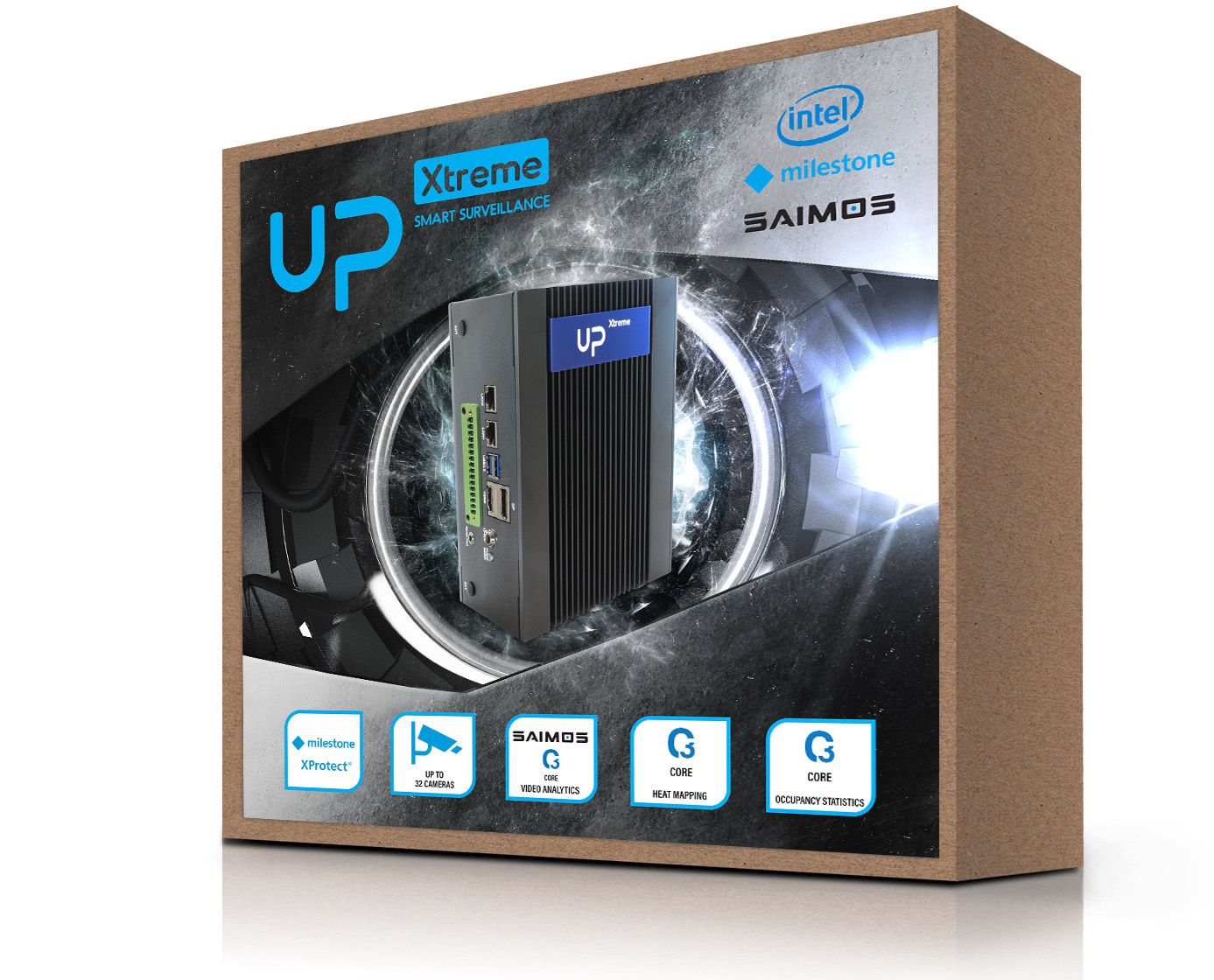 Based on the photo above, the hardware looks to be UPX-Edge Embedded Computer which we previously covered in details at launch last December.

Instead of hardware, the focus of Up Xtreme Smart Surveillance is to provide a turnkey solution combining AAEON hardware with software from partners with Milestone XProtect Express+ VMS enabling the monitoring of up to 32 video streams simultaneously, and SAIMOS video analytics software optionally integrated into XProtect for the analysis of up to 16 recordings at the same time.

The Windows 10 IoT Enterprise system ships with a software license allowing up to 8 Milestone recording and 4 SAIMOS video analytics channels, but by upgrading Milestone XProtect Express+ and/or purchasing additional SAIMOS licenses the solution can handle the following scenarios:

The smart surveillance solution supports applications such as people/object counting, heat mapping, virtual fence & perimeter protection, dynamic blurring, and object detection. The system also uses data analytics and edge computing to provide real-time analysis and can generate an alert as soon as an incident is detected.

AAEON UP Xtreme Smart Surveillance is available now and sold on the company’s store for $1,999 (Core-i5) or $2,399 (Core-i7) with a 19V power supply. You’ll still need to get cameras to interface with the system. A few more details may be found on the product page and press release.

Why anyone would want an Intel device for security applications is beyond me.