We first covered zGlue’s ZiP (zGlue Integration Platform) in 2018 as the company introduced its multi-chip module similar to SiP (system-in-package) via a crowdfunding campaign. Just like SiP, the technology packages several components into a single package, but costs have been brought down to enable low-volume production of custom chips for a reasonable price.

Since then the company announced new ZiP multi-chip modules such as nRF52832 based Omnichip and the FPGA, Arm or/and RISC-V based GEM ASIC by Antmicro. The company recently announced the Open Chiplet Initiative, a collection of open-source designs, tools and file formats, launched in collaboration with Google and  Antmicro.

There are four main types of tools within the Open Chiplet Initiative: 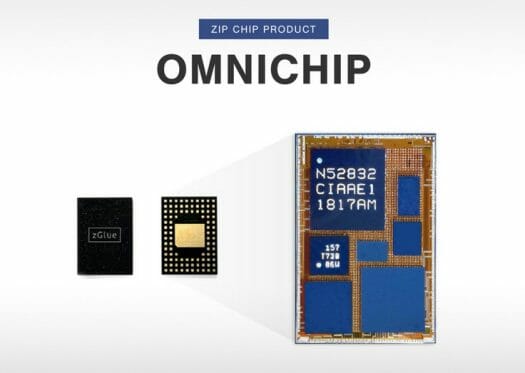 There’s also the ChipletStore with over 2,000 pre-validated chiplets to create your own custom chips. That means you could use the Open Chiplet Initiative to learn about the solution, and then adjust one of the open designs or create one from scratch to design your own custom chip, which you can optionally submit back to the initiative.

That’s all good, but where is Google in this story? There isn’t any reference to Google on the project’s page, and it’s only when going into GEM 1 and GEM 2 designed that we discovered Antmicro multi-chip modules are copyrighted by  Google under an Apache 2.0  license. So it appears Google may have commissioned Antmicro for the designs, but it’s unclear whether they’ll be used in actual products. Google and Antmicro previously worked together on Coral Development Board and were both sponsors of a RISC-V softCPU contest.