AAEON UP Xtreme Whiskey Kake SBC launched last year for 249 Euros via a crowdfunding campaign, and the single board computer can now be purchased from UP shop from $299 for the Celeron 4305UE version with 4GB RAM, and up to $799 with an Intel Core i7-8665UE quad-core processor and 16GB RAM.

But soon, you should be able to purchase a more affordable version as the company just unveiled UP Xtreme Lite board made “for developers on a budget” and “designed to provide developers with a platform that’s flexible, powerful, and great value while not sacrificing performance”. 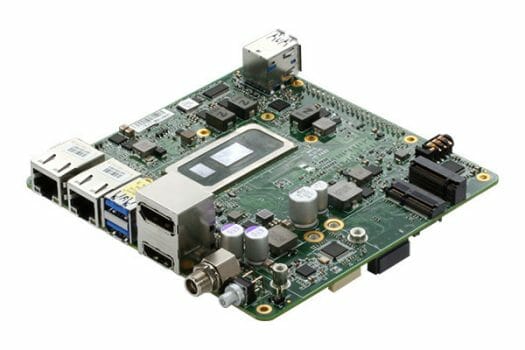 UP Xtreme Lite specifications with the differences against the original UP Xtreme either (when removed) or highlighted in bold (for new features):

The choice of processors remains the same and there have only been a few changes here and there. One way UP Xtreme Lite board will look much cheaper is that it will likely no come with memory, and instead, people can insert whatever DDR4 SO-DIMM module they want (up to 16GB). Memory bandwidth will be a bit slower since the company moved from dual-channel memory to single-channel memory.

Other modifications include a different audio codec, different Ethernet transceiver, the mini PCIe socket is gone making place for an extra M.2 3042/3052 B-key socket, and they removed the 100-pin high-speed expansion connector. The power circuitry has changed as well since the board supports 12 to 24V DC input instead of 12 to 60V for UP Xtreme SBC, and it appears the STM32 microcontroller used for real-time I/O is gone. The specifications show USB 3.2 instead of USB 3.1, but if it’s USB 3.2 Gen1 then there aren’t any differences, and temperature range seems to have been extended to 60°C max. 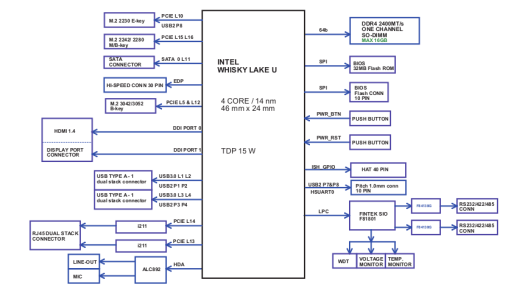 AAEON did not provide pricing information, instead only asking people to request a quote on the product page. If I had to guess the price, UP Xtreme Lite SBC should likely cost under $250 with the Celeron processor and no RAM installed.

Minus: more power consumption and no GPIO.

Well, ‘Developer on Budget’. When ‘on budget’, the goods usually have minuses, but still within budget range.

Who is this for exactly? It’s just a PC with a few GPIO pins on it and very expensive as well.