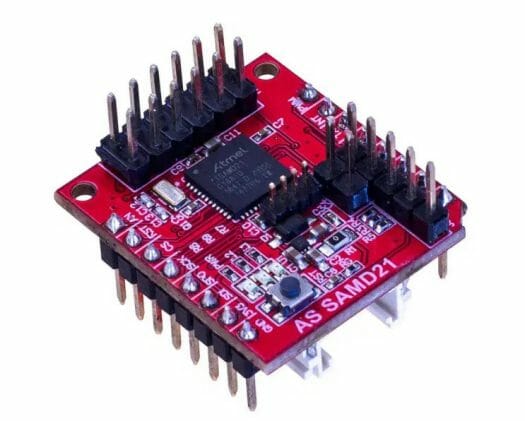 If you’re a fan of tiny microcontroller boards, you’ll be pleased with BOKRA SAMD21 Lite board powered by Microchip SAMD21 Arm Cortex-M0+ MCU, exposing I/Os in a way compatible with MikroBus socket, and adding a Grove connector for good measure. 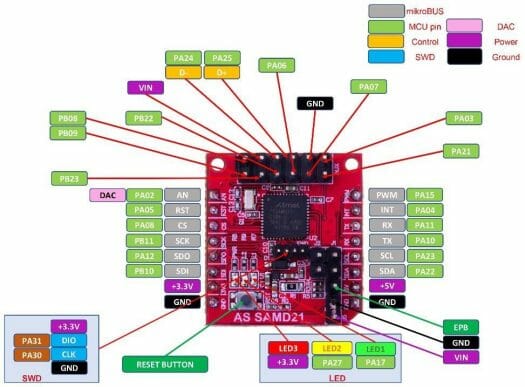 Despite its tiny size, SAMD21 Lite exposes all expect five I/Os from the microcontroller. The Microbus headers and the I2C Grove connector allow it to support hundreds of add-on boards from MicroElektronika or Seeed Studio.

The board can be programmed with Microchip/Atmel programmers including  Microchip PicKit 4 or MPLAB Snap. Microchip SAMD21 is the microcontroller found in Arduino Zero board so it’s also compatible with the Arduino IDE, as well as Atmel Studio. But you’d need to flash the Arduino bootloader first, before being able to program it with the Arduino IDE over a serial connection. You’ll find basic documentation in this PDF.

BOKRA SAMD21 Lite board is sold on Tindie for $18 plus shipping from Israel.