Most devices on the market are designed with a single brand of processor, but for their BaHa Box smart automation hub, xPoint Products decided to offer either Allwinner H2+ or NXP i.MX 6ULL versions. Why is that? Easy: Allwinner H2+ processor provides a cheaper solution for the residential market, while NXP i.MX 6ULL wide temperature range makes it more suitable for commercial applications.

Both versions of BaHa Box smart hub run Linux on 256MB RAM, and offers Ethernet, WiFi, and Bluetooth connectivity, with options for Zigbee and Z-Wave. The hub supports over 2,000 devices and can work either connected to the cloud, or “offline” without internet. 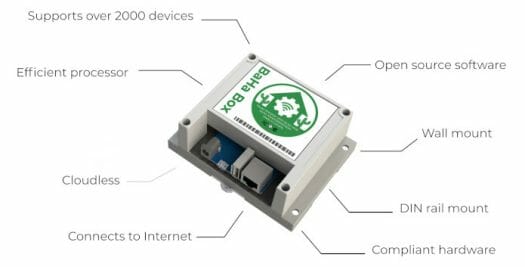 The residential-grade version runs a custom version of Debian, while the commercial-grade version is preloaded with a Yocto-built Linux distribution. It’s clear a 256KB flash is not enough to run Debian, so if the specs are right, the residential-grade smart hub would have to boot from a MicroSD card. Another difference is that the DIN rail mount is included in the commercial version, while it’s an add-on for the residential hub.  Both hubs are designed for indoor use since there’s no ingress protect rating to make them dust-resistant and/or weatherproof. 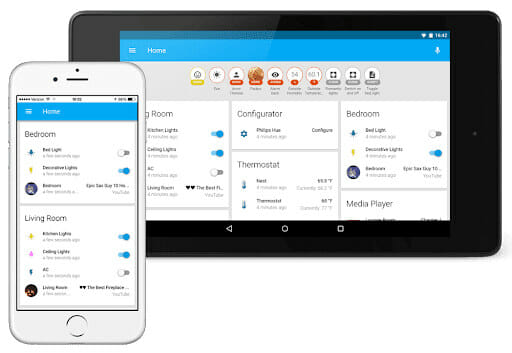 If you wonder how a small company managed to provide support for over 2,000 smart home devices, the answer is open-source software as the solution relies on the popular Home Assistant open-source automation software.

Baha Box has been on Indiegogo for a while, and the company has only raised around $500 with four days to go. That’s a flexible campaign so it will go ahead, and zPoint Products told LinuxGizmos the “BaHa Box had already been ordered by many of its regular customers and will be commercially available at a higher price starting in November”.  Rewards start at $139 for the residential box and $219 for the commercial box, but they’ll only ship to the United States and Canada. If you live outside of North America, you may be able to purchase their products in November with the prices listed on the official website being $319 and $399.

Those prices are crazy expensive IMO! For less than $50 bucks just head over to OLIMEX and grab one of their OLinuXino boards and (optionally) one of their enclosures. If it’s home or industrial automation you are after, at any level, there are plenty of frameworks out there to choose from, both commercial and free open source. Don’t get vendor-locked, if you can avoid it.