Hardware hacker NODE has created a slick handheld Linux PC based on the Raspberry Pi Zero W board. About the size of a thick smartphone, Zero Terminal V3 also includes a touchscreen display, a built-in battery, a USB Type-A port, and a microSD card slot.

The keyboard found in previous iterations of the Zero Terminal is gone, as the new version focuses on modularity thanks two 40-pin sockets that connect to the GPIO pins, video output, camera connector, USB ports, power indicators, etc… in order to allow people to create and add custom backpacks to change the functionality as needed. 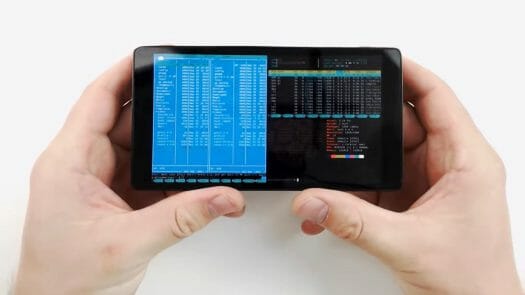 NODE has already created one backpack with a slide-out keyboard as shown in the photo above, but in the future people could create their own to add radio transceivers, extra network interfaces, drone controllers, TV tuners, solar panels, simple stands, and so on…

Interested and want to buy? Sorry, you can’t do that just yet although there are calls for a crowdfunding campaign in YouTube comments. In the meantime, you’ll find some more information on the work-in-progress project’s website that eventually will have more resources and a longer list of backpacks. 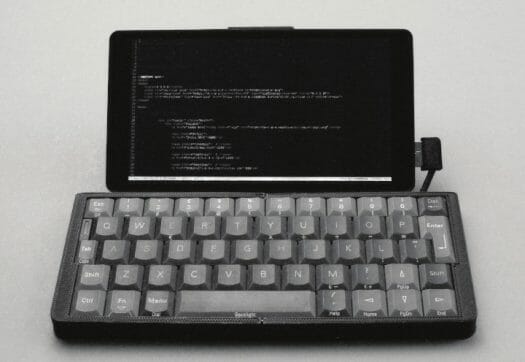 The only things that would make this even better would be either 3A+ or CM3 support as a version of this, even if it equates to a shorter battery life.

I had Eten phone that had a slid out keyboard, back in the day.

OK, I’m lazy, but does anyone have a link to that keyboard on the last photo?