Virtual reality headsets used to have to be connected to computers for optimal performance while gaming, and several years ago, most standalone VR headsets were only good to play some videos.

But technology has evolved, and with the launch of Snapdragon XR2 powered Oculus Quest 2 standalone VR headset available for pre-order for $299, Facebook has decided to completely leave the PC-only VR headset business. 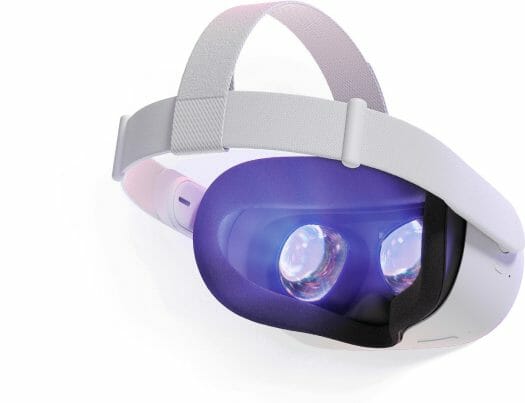 Facebook / Oculus did not publish the full specifications so I had to rely on reviews from Tom’s Hardware and RoadtoVR to come up with somewhat detailed specs.

The headset ships with two 3rd-generation Oculus Touch controllers each powered by a AA battery (included), a power supply, and a USB-C cable.

Compared to the original Oculus Quest, the new, lighter Oculus Quest 2 comes with a faster processor (Snapdragon XR2 vs Snapdragon 835), more RAM (6GB vs 4GB), and its displays provide 50-percent more pixels. All that for a cheaper price of $299 for the 64GB, while Oculus Quest first sold for $399. There’s also an Oculus Quest 2 variant with a 256GB flash that goes for $399.

Tech blogs that got samples are pretty positive about Facebook’s new virtual reality headset claiming it’s “Lighter, Faster, Better”, and “better in (almost) every way”. Reviewers note that Quest 2 features are the same as the ones for Quest, so if you don’t necessarily need the extra performance, or higher resolution, upgrading to the new model may not bring that much more to your VR experience.

Pre-orders are scheduled to ship on October 13th, and the Oculus Quest 2 can also be pre-ordered from Amazon (Worldwide), Best Buy (US), FNAC (Europe), and other distributors.

Even if you didn’t care about the Facebook aspect, an Ars Technica reviewer trashed many of the design choices:

Wow that makes it a no go for me, never trusted them.

Wonder why Nvidia has not released a Tegra VR reference platform to compete with Qualcomm Snapdragon XR (Extended Reality) platforms?

nVidia does not have anything relevant.

Something from the Denver lineup powered Magic Leap and it drained roughly 60Wh battery in the belt-held processing unit in about 2.5 hours.
Luckily, the platform had only about 40 minutes worth of content.

Tegra just doesn’t cut it, yet.

Magnificient hardware for an unbelievably low price.
The only catch is you’ll also have to pay with your soul.

Old oculus accounts should still work for a couppe of years, but you can’t create a new one starting this October.