MINISFORUM is a Hong Kong-based company specialized in mini PC, and we recently covered their Gemini Lake-based MINISFORUM S40 PC Stick, but to differentiate themselves in a field with some many Gemini Lake mini PC, the company is preparing to launch DeskMini X35G mini PC based on a more powerful Intel Core i3-1005G1 “Ice Lake” processor that offers features such as Thunderbold 3 40 Gbps USB-C port and support for Intel Optane Memory. 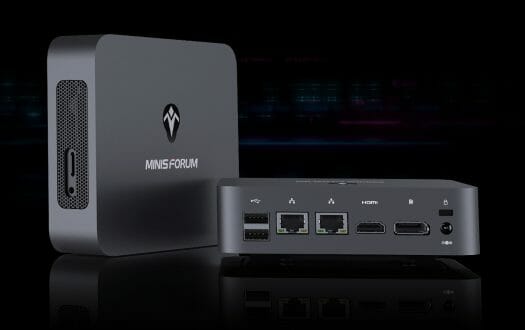 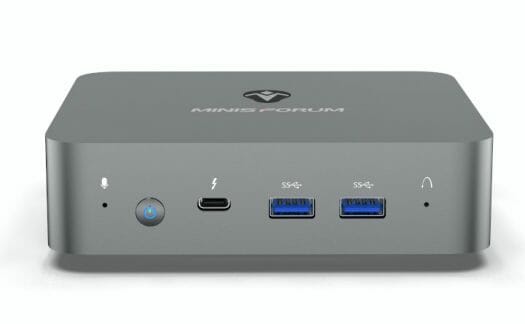 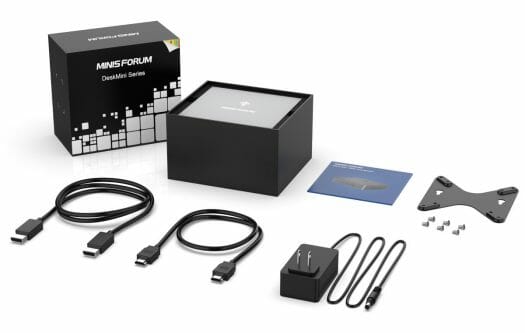 The Ice Lake mini PC will ship with Windows 10 Pro and its BIOS supports RTC wake up, Wake-on-Lan, auto power on, and PXE network boot.

DeskMini X35G has been designed to handle 25W TDP with two heat pipes of pure copper, a heatsink with a “centrifugal” fan that is only activated when the temperature is too high.

The company says the mini-computer can be used as an HTPC, be part of a surveillance system thanks to multi-display support, connected to a conference room projector, or used as a more standard computer at home, in the office, or at school.

The company plans to launch the mini PC  in October for $399 in 16GB RAM + 256GB SSD configuration via a crowdfunding campaign (30% discount over retail), but like their other mini PCs, DeskMini X35G should also become available through more usual sales channels. If you are interested in pledging during the Indiegogo campaign, you can pre-register via their main website.

I suppose you will get what you pay for…
Maybe i9 has more cores? 😛

i9 would be quite power hungry; of course, depends on the variant selected.

There are 4 core i3 10th generation models as well. This is just Intel fragmenting the market. See https://ark.intel.com/content/www/us/en/ark/products/series/195733/10th-generation-intel-core-i3-processors.html.

Just that MINISFORUM chose this CPU.