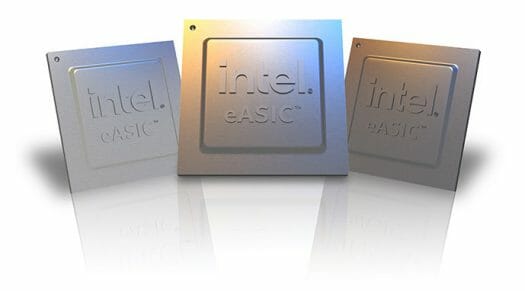 eASIC N5X is the first structure ASIC from the company to integrate an Intel FPGA compatible Quad-core Armv8 hard processor system. The new chips will help customers bring custom solutions faster to market compared to traditional ASICs thanks to the FPGA fabric, and at a cheaper cost and with up to 50% lower core power compared to FPGA chip thanks to the hard processor system.

More details may be found on the product page and announcement. 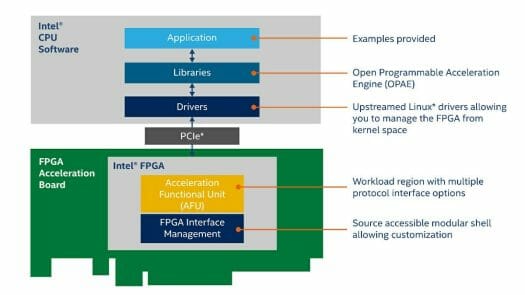 The Intel OFS is not available to all developers just yet, and if you’d like to try it out for your next project or would like more details, you’d need to access it on the Early Access Program (EAP) by contacting an Intel sales representative to get started. The EAP for Intel OFS will run for most of next year. See the announcement and product page for a few more details.

How is it different from regular FPGA SoCs?

I think the ASIC part of the chip can only be programmed once, but FPGA are re-programmable.

The routing of the LUTs is fix with design input at fabrication, the LUTs are still programmable on Power application and loading, for the eASIC portion.