Hosting services for Arm single board computers where you pay a monthly fee for a board, and have it hosted in a datacenter with Internet access and easy provisioning have been around for over six years.

Last summer, we reported that Mythic Beasts and mini Nodes had added Raspberry Pi 4 hosting plans to their offerings, and others commented there were also other companies. But I’ve just been informed IKOULA, a hosting company based in France, had introduced Raspberry Pi 4 “micro server” hosting plans starting at just 4.99 Euros ex. VAT per month. 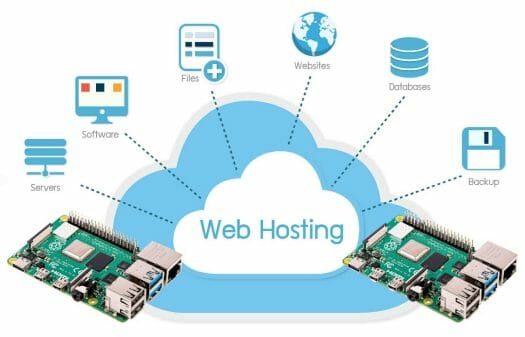 The hosting plans include the following:

IPv6 will probably be fine if you’re going to be the only person accessing it, but if you intend to run services accessible from others, the IPv4 option will likely be needed. This adds 2.5 Euros per month, and for faster and larger storage, the 120 GB SSD adds 5 Euros per month. You’ll get some discounts for semi-annual and annual plans.

IKOULA explains the main use cases for Raspberry Pi 4 micro server is to run to own mail server (note: this may be challenging due to spam control), a web server running Apache, NGINX, or Lighttpd, or a VPN server. Remote backup is another use case where such solutions may be suitable.

Check out the product page for more information, and to subscribe to the service.

Thanks to MiguelSu for the tip.

It’s pretty frustrating that the IPv4 situation has gotten to the point where getting one address costs half the price of renting a whole machine.

Would be interesting to see what sort of chassis they are using for them.
I hope it’s not a rack with shelves and a ton of usb cables :D.

> the IPv4 situation has gotten to the point where getting one address costs half the price of renting a whole machine. As long as there exist virtual hosting servers with way better specs for the same price as the barely usable ‘SD card + IPv6 only’ RPi 4 variant I won’t care that much. One of the most popular hosters here in my country provides a 2 vCPU Skylake virtual server with 4GB RAM, 40GB NVMe storage and a static IPv4 address for 0,1€ less per month. Single-threaded performance a lot better, multi-threaded slightly lower, AES crypto performance ten… Read more »

One advantage I can see here is that you are not sharing anything except network and power with anyone else so the next time there is a bug where customers on the same physical machine can spy on each other you would be safe.

I heard RISC instructions makes network traffic higher resolution or something too.

IMO if you have to fear this scenario then ‘rogue sysadmin’ is an issue too and both v-servers as well as SBC with hoster provided SD card OS images are to be treated as ‘backdoored by design’. Which is why I would only store public data on such an instance, e.g. a basic web server without access restrictions.

I hadn’t thought about that but you make a good point.

Thinking about it a bit more I think something like this isn’t just vulnerable to rogue admins but also dumb admins. We can only imagine what this setup looks like but I’m thinking lots of cable ties. It would only take one mishap for your SD card to fly out of your Pi and end up lost forever somewhere between the floor tiles.

It’s lower latency, that’s what the R in RISC is for 😉

﻿And it’s good news for DSL/fiber/coax ISPs that are providing IPv6 connectivity to their customers; finally they are rewarded for that effort, and finally consumers have a reason to prefer such ISPs.

Any ISP that still doesn’t support IPv6 properly is insane. IPv6 has worked for me for more than a decade.

I just reviewed the Amazon AWS Graviton2 ARM cloud server. So no way that I’m being impressed by this. I’ve got way more and better devices than that at home doing their job for cheap.

Ikoula never responded to our request. First they wanted to verify our credentials (I am from India), and even after filling a detailed form, we never heard back from them. Mythic Beasts have been great. Their service was marginally more economical. They provide a free IP6 to IP4 gateway so that your services are visible to the general Internet still on IP4.

You can get ARM virtual machines from AWS. The t4g.nano is the smallest one and it comes with 2 ‘burstable’ vCPUs and 512 mbRAM for $0.0042/hour or about $3/month. Not sure why anyone would host anything on a SBC. I am missing something?

> I am missing something?

Despite what @dpg wrote above about bugs resulting in customers spying on other customers maybe only that if you really need the ‘performance’ of an RPi 4 then you would’ve to choose something between an a1.large and a1.xlarge instance which costs a lot more.

Wow, nice benchmark….:D.. t4g’s are burstable, meaning you get to use them for short bursts in exchange for a lower price, they are not necessarily slower than a’s and m6g’s, they are not meant to be used in higher than the baseline over long periods of time.

I host on a SBC because I can do it from home without any additional recurring cost, for the price of 2-3 monthly payments for a similar VPS on a HW managed by other people, and I can extend the machine as I see fit via USB. I get fast access from home, and full control of the HW. For many apps network bandwidth is not a huge concern, so this works even for remote access, so I host some of my customer websites there, during development. (slower CPU/network makes you not write shit bloated code, and properly use client… Read more »

I just find a bargain on lowendbox blog when I need a VM.