Linus Torvalds has just announced the release of Linux 5.9 on lkml:

Ok, so I’ll be honest – I had hoped for quite a bit fewer changes this last week, but at the same time there doesn’t really seem to be anything particularly scary in here. It’s just more commits and more lines changed than I would have wished for.

The bulk of this is the networking fixes that I already mentioned as being pending in the rc8 release notes last weekend. In fact, about half the patch (and probably more of the number of commits) is from the networking stuff (both drivers and elsewhere).

Outside of that, the most visible thing is a reinstatement of the fbdev amba-clcd driver – that’s a noticeable patch, but it’s basically just mainly a revert.

The rest is really really tiny (mostly some other minor driver updates, but some filesystem and architecture fixes too). There’s just a bit more of those kinds of tiny details than there should be fo this kind of last delayed week. But since nothing in there gives me any particular reason to delay another week, here we are.

That obviously means that the merge window for 5.10 is open, and I’ll start doing those pulls tomorrow. I already have a couple of pulls pending, but I hope people take the time to just do one last test of the final 5.9 release. 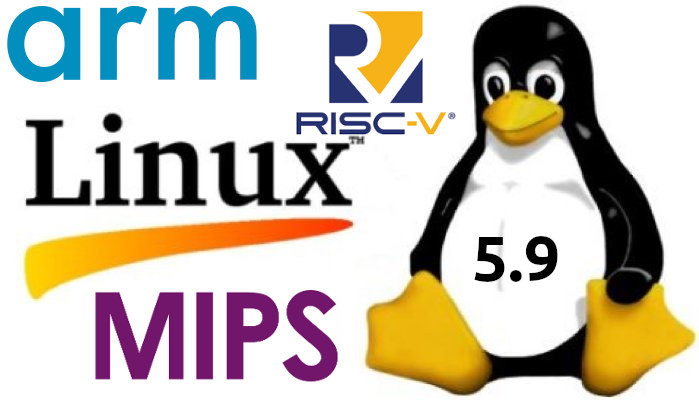 Some of the most notable changes in Linux 5.9 release include:

Linux 5.9 Changelog for the Arm architecture

There are now fewer changes for the MIPS architecture, but the code is still being updated:

For more details, you can find Linux 5.9 changelog (commit messages only) generated with the command git log v5.8..v5.9-rc8 --stat here. Alternatively, you could also read a detailed changelog on KernelNewbies website.

Now that is great news.

I didn’t know about that. They are keeping secrets for me 🙂

Yes, they do, but focusing on B2B now.
This Linux release also adds even older hardware including Google Nexus 7 and Acer Iconia Tab A500 Android tablets launched around 2012/2013.

Might search my wifes old a500, unfortunately it has no neon extensions

Fair enough. There were two pull requests for new Arm SoCs this time around, and I missed one. So three other Arm platforms have been added to the list.

I was only teasing 🙂

I might get back on trying on my K210, it seems that its linux support is gaining traction because i always see this SoC appearing on linux changelogs