Current Qualcomm based Windows 10 laptops are mostly interesting for people wanting all-day battery life and/or being always connected over 4G LTE, as they are still pretty expensive, and performance somewhat underwhelming, although Snapdragon 8cx processor should change that.

Chinese-based PiPo, known for their tablets,  mini PCs and Arm Android laptops, is working on solving affordability of Arm Windows 10 laptop with their Snapdragon 850 2-in-1 laptop, heavily inspired by Huawei MateBook E 2019, and expected to sell for half the price or around $400. 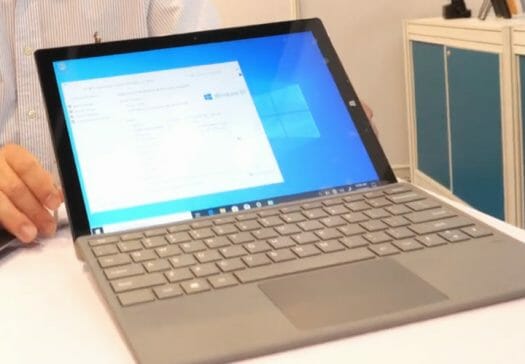 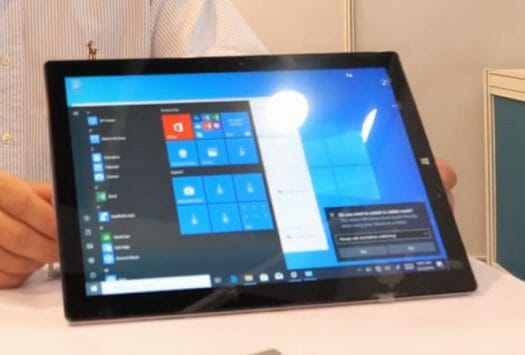 PiPo’s laptop runs Windows 10 Pro 64-bit Arm, but if you’re interested in an Arm Linux laptop that’s more powerful than PineBook Pro, there may be hope via aarch64-laptops project that’s supposed to support both Snapdragon 835 & 850 laptops. The project has not had much activity in recent months however.

I found out about this laptop in a Charbax video where the 2-in-1 laptop is showcased, and we are told the reference price will be less than $400.

Manufacturers often provide MOQ price (factory price) for their product, but in this case, I believe $400 is the expected retail price, as he mentions it will be much cheaper than to Huawei MateBook E that’s listed for around $565 (3,999 RMB).

If only we can install linux on these laptop.

I have no doubt we will.

I run Linux on ARMv8 all the time. So, why shouldn’t you be able to install it?

Because of unsupported components? Or buggy/locked bootloaders? Even boards supposed to have support for Linux can be a pain.

>I run Linux on ARMv8 all the time.

Having it working so that a basic framebuffer works well enough for a virtual console and actually having something that works like a machine from the last decade with working audio, 3d and video decoding are two different things.

Who needs more than a terminal? 😀 Emacs ftw ^^

Emacs is not a terminal by default btw.

>Who needs more than a terminal?

k-pop music videos don’t look so good rendered in ascii or at 5 fps via a cpu blitted framebuffer..

The bootloader has to be unlocked for unsigned boot — something that hasn’t been a problem on most other WoS devices. Other than that it’s UEFI. From there on, you could go with either chromeos (https://www.youtube.com/watch?v=UGZCritrPJk), or go mainstream linux (https://www.phoronix.com/scan.php?page=news_item&px=Linux-5.4-ARM-Excitement) with some adreno tinkering on top. Give it some time and the tinkering will be unnecessary (e.g. https://lists.freedesktop.org/archives/dri-devel/2019-June/224000.html).

A battery s922x or s905x3 laptop would be interesting.

I’m always excited to see something with a less than 5 year old ARM Coretex design being made into a convertible or clamshell laptop. It’s always a shame that given how far behind ARM is in single thread integer performance, these companies continue to choose outdated ARM cores running at a fraction of the speed of a mobile phone, as the heart of a PC. They’re creating an impression that ARM cannot be even remotely competitive, which in turn affords them a market of people looking for absolute bottom-bin products which they can’t possibly make any money manufacturing. If one… Read more »

Outside of the server world it probably isn’t economical to build ARM’s latest cores into chips that would rival a recent i7 chip. Aside from that even if the Cortex A77 is a fantastic core you need all of the other IP need to make it a strong chip like memory/pci-e controllers that aren’t garbage… and if you can get all of that together you still don’t have Fusion 360, Steam and so on that people actually want to run on their $1000+ machine.

All the x86 proprietary software needs to be run in emulation. Cores are fast enough nowadays to do this. When you see the amount of applications involving interpreted languages or sub-optimal byte code behind the curtains with nobody complaining, it’s certain that the desktop has been ready for emulation for about a decade.

>All the x86 proprietary software needs to be run in emulation. I don’t think anyone is going to want to run Fusion 360 with a 50% speed penalty. >When you see the amount of applications involving interpreted languages or >sub-optimal byte code behind the curtains with nobody complaining, People are also happy with slow mobile SoCs for a lot of things. It doesn’t mean someone is going to buy your “performance” ARM machine get hit by having to emulate everything they want to run, not be enable to upgrade the memory because it’s soldered in or the memory controller only… Read more »

> I don’t think anyone is going to want to run Fusion 360 with a 50% speed penalty. It depends “50% compared to what”. Plenty of people seem to be fine these days with CPUs at 1.8 GHz or so, throttling after a small sprint of 5s. And most people don’t use such heavy software, just like most laptop users are not necessarily developers who need a fast CPU. People I commonly see with a laptop even use Windows and do stuff I personally have absolutely no use for. Some of them use even slower tablets and are fine with… Read more »

>It depends “50% compared to what”. If you are working on a big project in Fusion 360 and everything is emulated and running on a weak GPU you’ll notice it. The benchmarks for Windows’ x86 emulation aren’t great. >Plenty of people seem to be fine these days with CPUs at 1.8 GHz or so, You seem to have missed the point I was making. Yes lots of people are happy with some years old ARM core running at sub 2GHz and that’s exactly why you won’t see many of the ARM vendors going out of their way to fab anything… Read more »

For the average office drone working on company e-mails or memos at the hotel, i3 or i5 performance is good enough. Low cost, lightweight and long battery life are more important in that market segment. There’s potential here to sell a lot of these. You can make money with small profit margins if the total sales are high enough.

“That would elevate their IP value so Apple will have to pay more for it when they eventually buy ARM out.”

ARM has already been bought; by SoftBank

This is actually a very “in your face” Surface Pro clone. Even the aspect ratio is the same.

No Bluetooth? Rats! I’d hate to use a dongle.

I’m not sure about that. They may simply not have listed Bluetooth on the sticker on the back of the laptop.

Even more Snapdragon 850 laptops from China as Weibu showcases 5 models at the HK electronics fair.