There are multiple ways to control the camera, but I went with Annke Vision Android app. 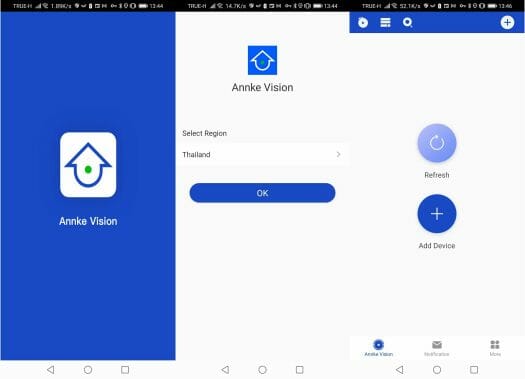 We’ll need to go through a setup wizard to select the region, create an account with an email or phone number, before being able to add a new device. After taping on Add Device, we can scan the bar code on the periphery of the camera to add it to the app. 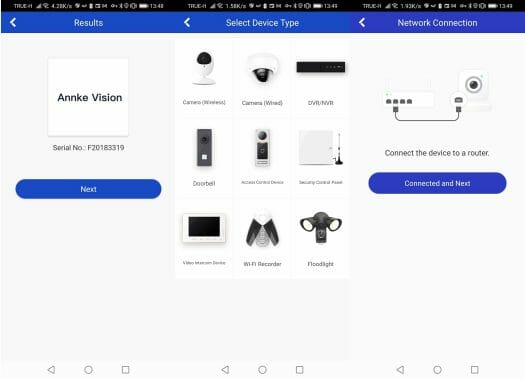 Despite getting a serial number, we have still being asked to select the device type (Wired Camera), and connect to the network over DHCP. 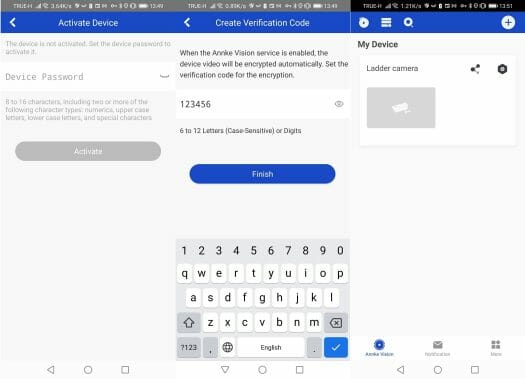 We’ll create two passwords one for the camera, and one to encrypt the video. Note the passwords, as they’ll be needed later. At this point setup is complete.

We can now use CZ400 like any other camera. The first time the camera pointed down, but since it’s a PTZ camera it’s easy enough to orient the camera properly, and even define presets for different views. 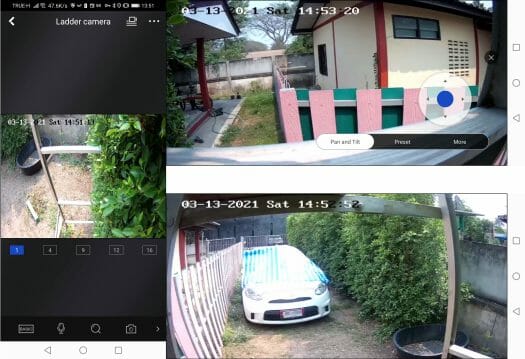 By default, the app uses basic resolution which may look blurry, and once we switch to HD resolution it’s much better.

I’ve blurred out the registration number from the registration place, but you can still easily read the province name on the plate, that is provided you can read the Thai language… Two-way audio does not work, as I have not connected a speaker, but audio is recorded in the video capture thanks to the buill-in microphone. There’s also a 4X optical zoom that does its job. 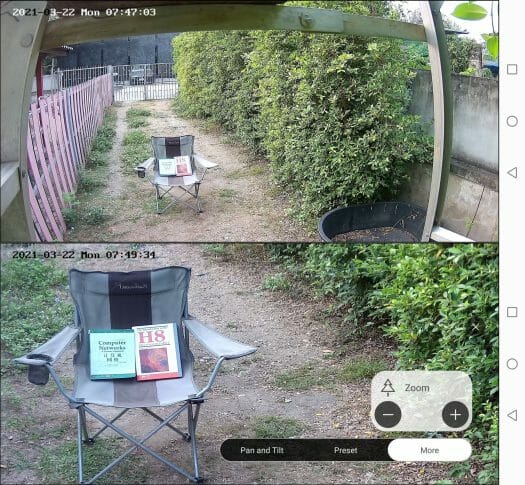 That’s all good, except my MicroSD card was not detected, so it would not record anything, and only live view was possible… So I had to remove the camera from the “ceiling”, disconnect the power and Ethernet, and reopen the camera… 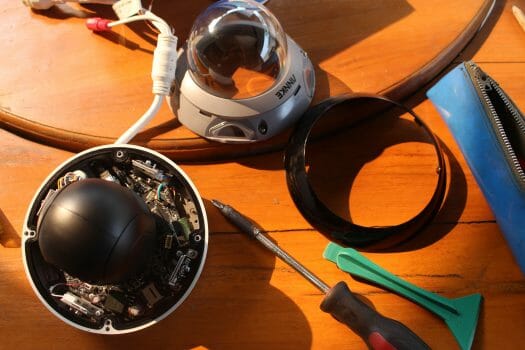 … in order to check out the MicroSD which was indeed formatted with FAT32. But I used it with Pico Maker board, so maybe existing files confused the camera. 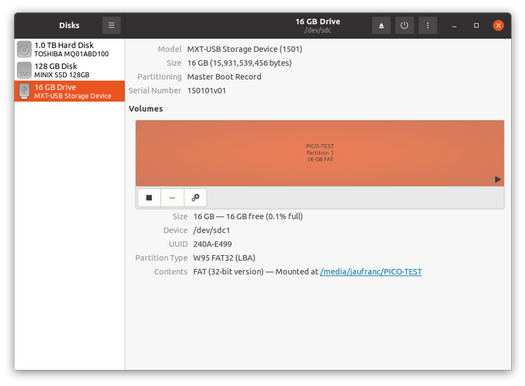 So I reformatted the partition and gave it another try… 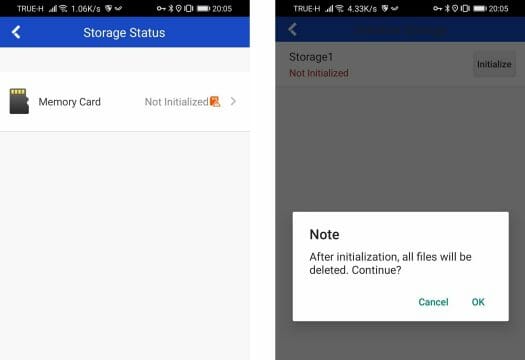 Note that the camera record videos continuously, and the 16GB MicroSD card I used with the camera only stores about 6 hours of video data, so a bigger MicroSD card is needed, or ideally the camera should be connected to an NVR system. 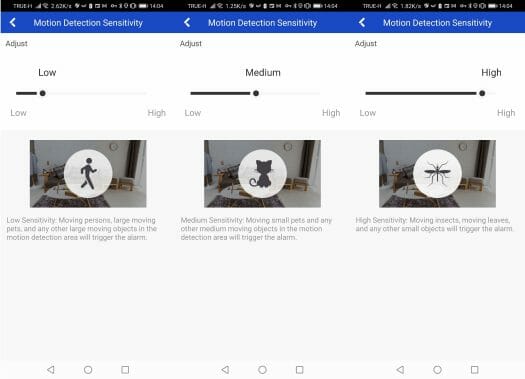 No still no luck, so I asked the company:

My team told me that you need to configure the camera settings on the web interface. It might be a little bit of hassle but it’s essential for cyber security concerns. So that other unauthorized devices will not gain liveview access from the camera.

That’s a pain because one of the steps is to install SADPTool, a Windows program. So I dug up an old Windows 10 PC stick and installed the program.

It turns out the camera was already set up just fine in the Android app, and that step is not needed. That also means a Windows computer is not needed, although recommended as we’ll see below…

We can now access the web interface from a web browser using the IP address of the camera to configure things like ONVIF support among other things. 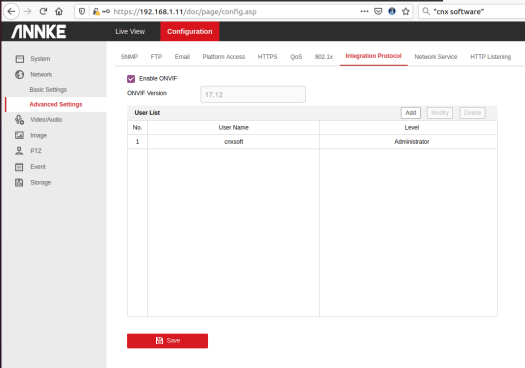 It’s also possible to access the live view from the web interface, but a plugin (exe program) must be installed, and that only works in Windows. The screenshot below shows the live view in Firefox. 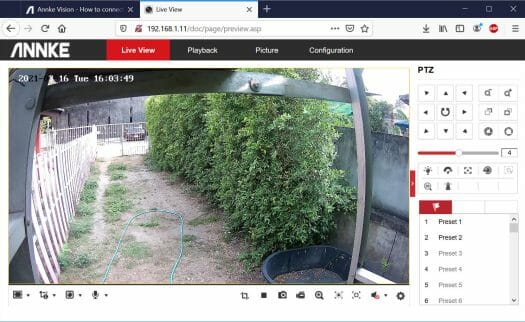 A big downside is that I can’t access the configuration tab after the plugin is installed. Strangely, the live view did not on Microsoft Edge, so I just decided to carry on the configuration with Firefox in Ubuntu 20.04.

Before we can use motion detection in the Android app it must be configured in Annke web interface, in Event->Basic Event. 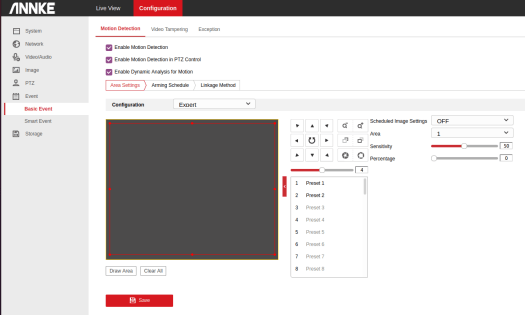 We must tick “Enable Motion Detection”, and draw an area where events will be triggered. The last step is important as failure to do so will not trigger any events. 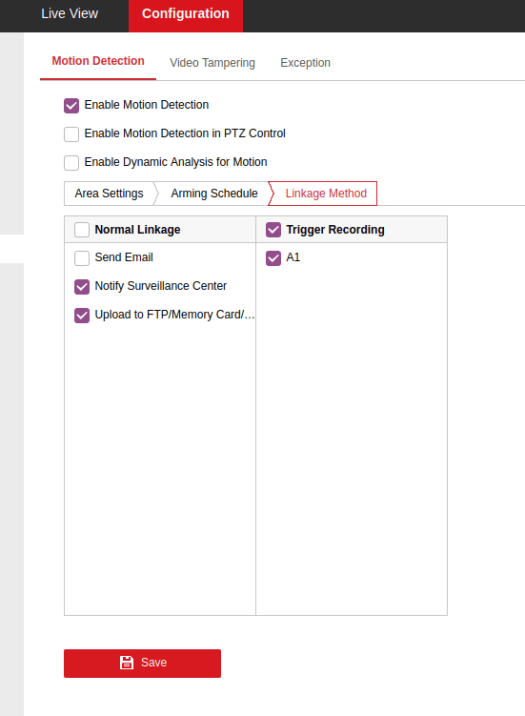 We also need to tap on the Linkage Method tab to at least select “Notify surveillance center” and “upload to FTP/memory card/…” to save the video, and tick A1 in Trigger Recording. 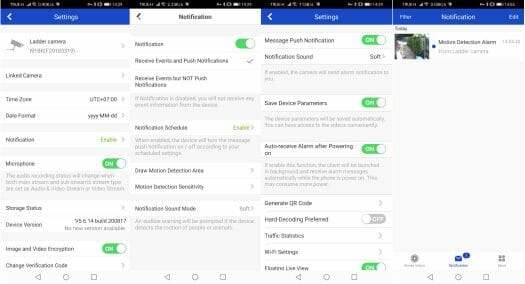 At this point, we can go back to the Android app to enable notifications, push notifications, and set a notification schedule before finally get our first Motion Detection Alarm. That was really a pain to set up… 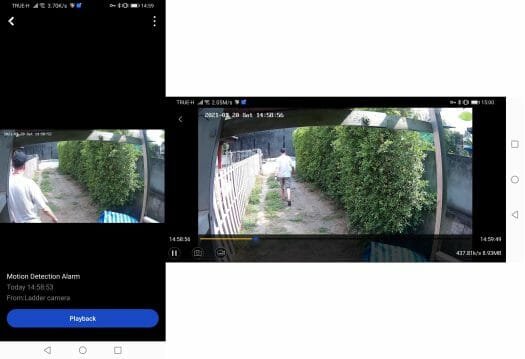 But at least standard motion detection is nowworking, and the camera will keep a one-minute video once motion is detected.