Electronics waste, also as known as e-waste, has been a problem talked about for years, and in 2015 we asked the question “What do you do with your old devices and boards?” as many devices just end up collecting dust or stored in a drawer.

Some better ways include giving or selling them to others, or repurpose them. For instance, a cheap Arm HDMI dongle can make a torrent downloader, an old phone can be transformed into a surveillance camera, an ATX power supply could be converted into a bench power supply, etc… But repurposing devices require some technical skills which many of the smart CNX Software readers have, but it’s unrealistic to expect the typical consumer to be able to hack their old devices into new ones using some tutorials found on the Internet. 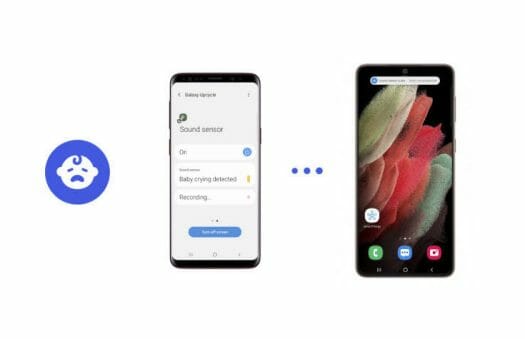 Samsung Galaxy Upcycling Program aims to make upcycling easier for owners of Galaxy smartphones, and allows them to use the phones as baby monitors, smart fish tank, smart pet feeders, etc… through a simple software update.

The company has just launched the beta service for Galaxy Upcycling at Home in the US, the UK, and South Korea. The solution leverages built-in sensors in your old phone to add sound and light-control features through SmartThings Labs, a feature part of the SmartThings app.

The sound detection combined with AI can be used to generate alerts when baby crying, dog barking, cat meowing, or a knock is detected, while the light sensor measures the brightness level of the room to decide when to turn on/off lights or other appliances. 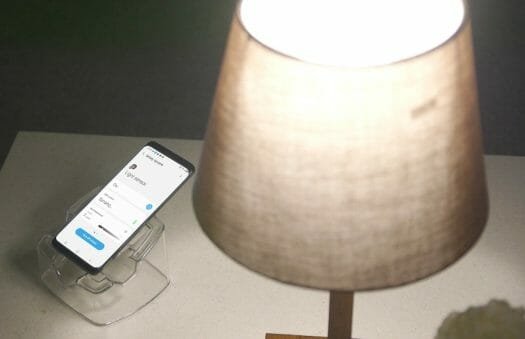 Samsung also says the new IoT firmware has been optimized to minimize battery usage, and hence extend battery life, as the device is meant to be operating at all times. It’s interesting to note the company did not repurpose the camera just yet, as it could also be used as a smart camera.

As a manufacturer of smartphones, Samsung may have a different idea of what constitutes an “old phone” as most people, since at the time of writing, only Galaxy S, Note, and Z series released from 2018 (S9, Note9 or later) running Android 9 and above are supported.

Last paragraph just shot a bullet through a head of this otherwise fine idea.

It is a great idea. A phone is a high-definition terminal with user inputs and powerful processors. Being able to use them to control devices can be useful and may limit the amount of junk in the trash.

I don’t understand. Why not just take your phone to control things – why an extra old one for that task?
Like you said this devices are powerful – why downgrade them? Why just not continue using them? Your provider offered a good deal and your phone is already 12 months old?
People changing phones and stuff more often than their underwear produces unnecessary amounts of trash.

They run this campaign over and over for years without any real deal. Why my s5 and s6 still useless with locked bootloader. Old s9 on my country still cost 270$, too expensive for whatever IOT device they planned to sell ?.

It’s like the third time in 3 years I read about this campaign.

So they want you to bug your house with their devices. Data Slurp included.

People carrying these things 24-7 around and in average they call “home” (not your home but to the manufacture of your device) every 270 seconds because they care about you!

This is shocking! Damn!

“iOS sends the MAC addresses of nearby devices, e.g. other handsets and the home gateway, to Apple together with their GPS location”
Apple even try to justify these data collection by their “Find my device” program. Every connected Apple device in the world is a drone that scans its neighborhood and report back to Apple mothership for global surveillance.