It’s not that easy to find a relatively low-cost AMD mini PC, and there are more choices on Intel’s side.  Most models around $250-$300 are barebone without memory or storage, but AM02 mini PC may be an interesting option as the AMD Athlon 300U powered computer sells for about $240 plus shipping with 8GB RAM and a 128GB SSD, which looks to be an even better option than the Maxtang MTN-FP50 mini PC we reported on last June. 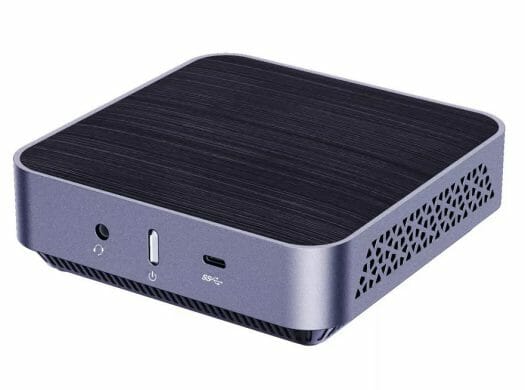 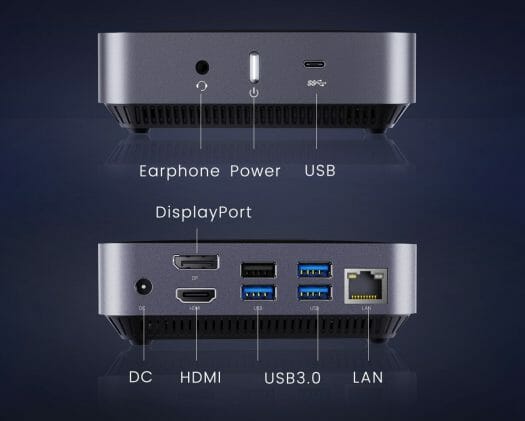 AM02 AMD Athlon 300U mini PC ships with a charger for US, EU,  UK, or AU as requested at the time of order, an HDMI cable, a wall-mount bracket, and a user manual in English.

As mentioned in the introduction, the mini PC comes pre-installed with Windows 10 (I have the feeling that’s an unlicensed version), and it appears the company may install Linux on request, although it’s not 100% explicit, as they just say “We will send pre-installed WIN10 if without special requirements“.

The RTL8168 is a full on Ethernet controller and not a PHY.

I wonder if the AMD APU in the new Valve Steam Deck handheld, will stir the market up?

At $400 (plus the cost of a dock), Steam Deck will have a good Zen 2 quad-core (the Athlon 300U is Zen 1), 16 GB of fast LPDDR5 RAM, and a touchscreen that can be used as a secondary display when docked. But the real winner is the integrated RDNA 2 graphics which will be among the fastest until Rembrandt comes out. Oh, and it has AV1 decode. The main downside is the storage, but it may be possible to add an M.2 SSD yourself. Also, you have to wait until at least Q1 2022 before you can get one.… Read more »

The new Valve handheld is a really game changer for all the people who wants to play while they do number two. It’s powerful enough to throw out visuals similar to what PS4 offers right now but with the nice additions of current GPU’s.

Sincerely, if Valve can keep the 350€ price tag, it will be madness trying to get one within Europe, as the new bullswitch is going for 300€ and it does not have even a third of the power.

Ohhh, this is going in the right direction. Mini PC’s under 200€ with Ryzen CPU’s.

I can’t wait for this little machine to be reviewed for emulation and light games. I know Athlon 300U is powerful enough to emulate up to Wii, including some PS2 games, as Acer Swift 3 has it and it is indeed working very good. I bet if this mini PC has a nice heat dissipation it could even perform better.

I’m really happy with these news 🙂

I’ve nuc7i3bnh with i3 7100u, nvme and 16GB dual channel. It can play dota 2 FHD minimal settings at ~50fps in linux. I believe this is more powerfull than my nuc, so of course it can be use for light emulation and light games.

Very nice pricing for that specs.

Interesting. The SoC looks very similar to what’s found in HP t640 which is an embedded Ryzen R1505g. Quick checkout shows i’d have to pay US $333.33 to get this delivered with shipping and VAT. I’d then pay a bit more and buy an HP t640 which can be had for ~ €380 locally here with local warranty etc. I just happen to use many of HPs “thin clients” as low power home lab servers. They are extremely flexible and reliable, and all of them run Linux without a hitch.  And some of them (t620+, t730, t740) even have a PCIe… Read more »

There are bunch of 6th-8th gen used optiplex minis, thinkcentre, and prodesk 400 that is still in good condition. The procie is much more powerfull than the t620, t630. But the power consumption is quite high. Maybe undervolt and underclock it will help.

those mini pc maybe have comparable performance against t640. The pluses is: they’re cheap.

With so many 28 nm factories being built for electric cars presumably, why not build public transit and ruin their game? Then we can have an array of dirt cheap, but not so speedy dollar store processors.