The PiBox 2 Mini is a networked storage solution based on a Raspberry Pi CM4 module and equipped with two slots for 2.5-inch SATA drivers be it HDD’s or SSD’s. It also exposes USB ports and an HDMI port, so I could also be used as a computer.

Designed by KubeSail “self hosting company”, the PiBox does not only serve as a standard NAS, but aims to provide a home-based private cloud hosting solution that can replace services such as Google Photos or Dropbox with easily installable templates that are hosted in the box. 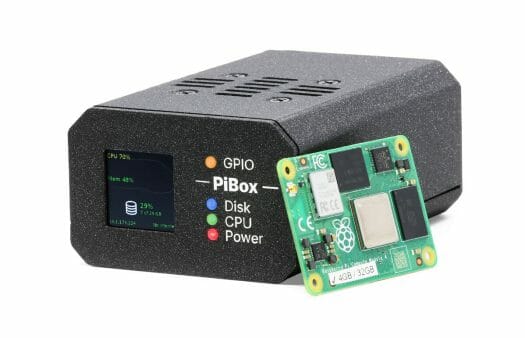 The Pibox has a modular design with a PCIe carrier board for the RPi CM4 and a SATA board with 2x SATA interfaces and a PCIe slot for the Raspberry Pi Compute Module. The carrier board could be used for other purposes as well, as I can see a 40-pin GPIO header and what looks like a JTAG header. Note I had to derive the specs by myself, as hardware is only part of the history, and the company did not provide exact specs.

The important part is the software provided by KubeSail that is supposed to make it super easy to install new open-source services/apps called Templates through an app store. This includes PhotoPrism alternative to Google Photos, NextCloud cloud storage solution, a Minecraft server, Transmission BitTorrent downloader, and other services like MySQL, Nginx, WordPress, etc…

KubeSail is optional software, but you allow users to easily access their files/apps both at home or anywhere in the world even behind a firewall. It’s not talked about in the crowdfunding campaign, but there are multiple levels of subscriptions:

So KubeSail software is free for life as long as you don’t access data from outside the home too much and use only one user account. If you have higher requirements you’ll have to pay a monthly fee, It’s not necessarily a bad thing, as I’ve seen several “one-time payment then free-for-life” services going bankrupt after a few years since the cost of maintaining the cloud infrastructure was not taken into account or underestimated. If you want to try on your own Raspberry Pi, you can follow the instructions to install the PiBox OS available from Github. 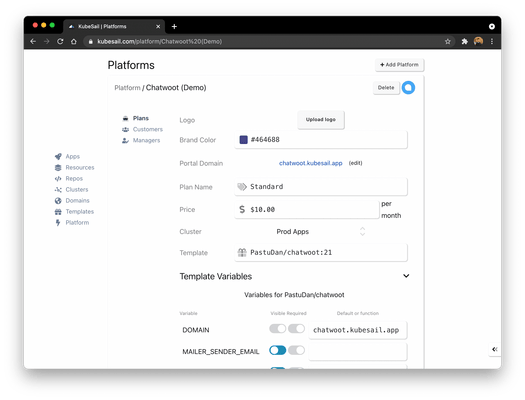 KubeSail PiBox 2 Mini is currently offered on Kickstarter with the prices starting at $100 for the hacker kit with just the baseboard and SATA, $250 for a complete system with Raspberry Pi CM4 (8GB RAM, 8GB flash, WiFi) pre-loaded with Pibox OS, or $450 for a turnkey solution that adds two 1TB SSDs. Shipping is free to the US and $30 to the rest of the world, and backers should expect their units to be shipped around March 2022 if everything is going according to plans.

It’s not the first time we see this type of project, as although not quite as versatile, the NextCloud Box was offered a few years ago in collaboration with Western Digital, but the latter disbanded the WDLabs research team in charge of producing the unit, and it was phased out. KubeSail is also working on more PiBox models with the PiBox 2 supporting two 3.5-inch drivers, and the Pibox 5 and Pibox 5 Mini supporting respectively five 3.5-inch and 2.5-inch SATA drives.

Why they just removed the guide they posted – kubesail.com/guides/pibox/os/ ?

If you use the “following the instructions” link in the article, it still works.

Beautiful, but for that pricing I’ll stick to my NUC.