The AVA Developer Platform was announced together with ADLink COM-HPC Ampera Altra server module for embedded applications with up to 80 64-bit Arm cores, up to 768GB DDR4, 4x 10GbE, and 64x PCIe Gen4 lanes.

The AVA Developer Platform is not fitted with the top-end COM-HPC module, but still, with a 32-core COM-HPC Ampere Altra module fitted with 32 GB DDR4 memory, plus a 128 GB NVMe M.2 SSD, and an Intel Quad X710 10GbE LAN card, it still makes an impressive workstation for native Arm development. We did not know the price the last time, but now we do as the workstation is available for pre-order for $5,450. 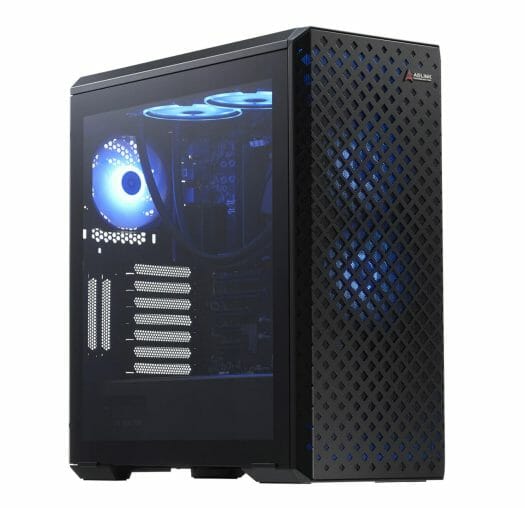 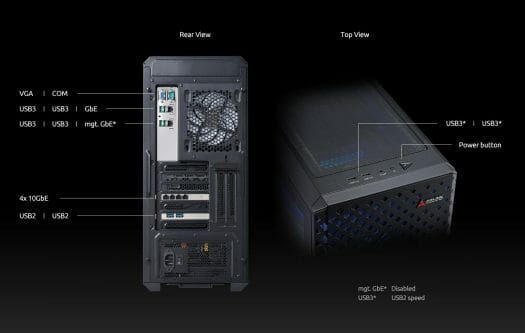 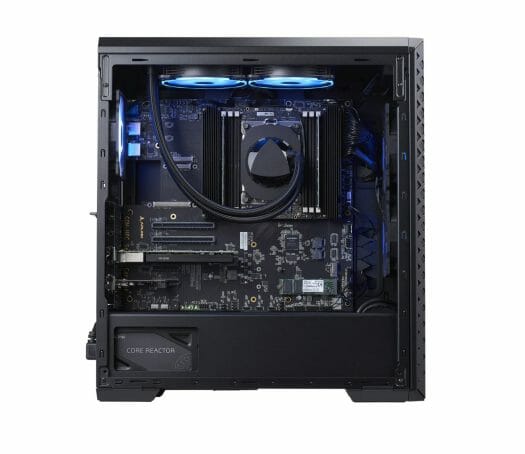 The specifications are preliminary as based both on limited public specs and the new higher resolution photos available now.  It should be possible to add extra storage via the M.2 NVMe sockets and SATA ports, and graphics cards or AI accelerator via the three remaining  PCIe x16/x4 slots.

The AVA Developer Platform is the first Arm SystemReady SR-compliant SOAFEE’s reference development platform so far. That means the system will boot any compliant Linux distributions such as CentOS, Ubuntu, and Yocto Linux, just like you can boot ISO images on pretty much any x86 hardware, and the SOAFEE adds functional safety and real-time capabilities required for autonomous workloads.

>The AVA Developer Platform is the first Arm SystemReady SR-compliant Has anyone tried to see if that’s the case? I got one of those 96 core thunder x machines.. it has EFI and even a PC style BIOS configuration. It will boot a Debian ISO written to USB like you would expect on a PC but it didn’t just work (Kernel decided to use the broken DT it got passed instead of the mostly working ACPI table). This machine is a good few years old. Hopefully these new systems can just boot from a USB stick and the ARM ecosystem… Read more »

Windows 11, Ubuntu, Debian, Suse and Yocto are supported out of the box That’s a nice variety…

i just tried windows 11 on AVA developer platform and its super fast, booted within 50 seconds

Could you try writing the latest debian arm64 netinst image to a usb stick and see if it gets to the installer with the keyboard etc working out of the box?

What is this card doing (other than increasing price and consumption?). When you blogged about the server module it was shown that this module is already capable of 4 x 10GbE.

And who needs these network capabilities if it’s about ‘native Arm development’?

Good question, and now we even have a block diagram for the COM-HPC module.
That may explain the higher price… 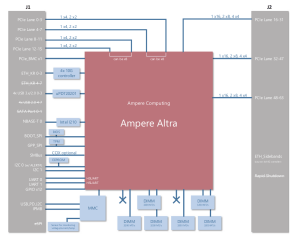 I think it’s probably because the carrier board does not support it. So that would mean there are 8x 10GbE controllers in the system, of which only 4 are used…

> there are 8x 10GbE controllers in the system, of which only 4 are used

None needed? I would say One … I would not connect such a beast via Wifi.

The box has GbE already (and the SoC also 4 x 10 GbE of which 0 are used/usable). If I would be part of the target audience (‘native ARM development’?) then I would prefer to decide myself on which to spend a few hundred bucks: a working GPU or this Intel NIC. But I would also question the decision to put a 128GB SSD inside this box if this should be used as a workstation…

The problem here is that you have to pay a lot for the decoration (fans with leds, water cooling system), for hardware you’re not certain to use, or could acquire later (NIC, which I’d personally replace with a 2×25 or a 2x100G), the large enclosure and big PSU (12x more powerful than the CPU’s TDP), and in the end when you sum all this up you figure you can simply not afford it. It’s sad because with such prices we’re still not going to see some ARMv8.2+ chips in field for quite a while… ARM did a great job with… Read more »

> we’re still not going to see some ARMv8.2+ chips in field for quite a while

Since the UPS guy just dropped off a laptop that should be at least Armv8.5-A I’m wondering whether for your type of work those Apple thingies wouldn’t be sufficient too? At this time you won’t have fun with Linux when it’s not virtualised of course…

I thought about them but no, they wouldn’t work for me. My concern is to scale to large numbers of cores where contention becomes extreme. There are intel and AMD platforms that match this but I need extreme traffic to make them use their CPUs (100 Gbps and more). Also their cache access patterns are funny, particularly AMD (e.g. https://lore.kernel.org/rcu/[email protected]/ )! The Neoverse here is extremely interesting, with a very homogenous processor, not extreme perf per core but still very decent (so no need for 100 Gbps to make it sweat), and with modern instructions (LSE extensions) while keeping compatibility… Read more »

The cache access pattern exhibited in that post were for Zen 2. Core complexes got reworked for Zen 3, it’s now two dies per module so up to 16 cores have shared L3.

Yep I’m aware of this, we’ve already received reports of users seeing horrible patterns with 16 hw cores working together and preventing others from accessing a shared variable. I have some work in progress to enforce fairness in such environments.

The 32-core SoC part in this developer workstation is not the same as the earlier Ampere eMag2 SoC. The latter was based on custom Applied Micro cores, had a much different set of peripherals and interfaces, and is no longer available.

Thanks for the update Jim. I crossed that in the post. I could not see any comparison between eMag and Altra, and only the Altra family would show on the Ampere Computing website. Since the specs looked so similar, I wrongly assume it was just a different name.

For a developer the Neoverse-N1 cores are extremely appealing. But at this price I’m sorry but I have to decline. And it’s a real heart-breaker, I was putting a lot of hopes on it, checking the product page every day for more than one month 🙁

This is the first COM-HPC module. It’s kind of funny since ARM is delivered faster here than even Intel. Not bad system, not bad price IMHO. If they make it completely open-source like Raptor did with POWER9, then it may be even competitive.

I think there were other COM-HPC modules announced before that.
https://www.cnx-software.com/news/com-hpc/