I’ve just noticed Boot&Work Corp was now offering an “Industrial Shields” branded PLC industrial computer powered by Raspberry Pi 4 SBC. We previously covered the company in 2017 at a time when they provided Arduino-based PLC modules optionally controlled with 10.1-inch panel PCs based on ARM Linux SBCs such as Raspberry Pi or Banana Pi.

The “Raspberry Pi PLC Industrial Controller” is offered with either optoisolated outputs or relay outputs, and optional GPRS connectivity.  The Linux PLC is equipped with up to 36 digital inputs, 16 analog inputs, 8 analog outputs, and 6 interrupts, as well as communication interfaces such as CAN bus, up to 2x Ethernet ports, dual RS-485, WiFi, and Bluetooth. 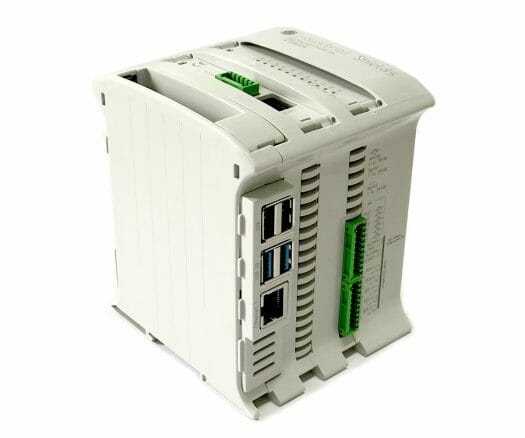 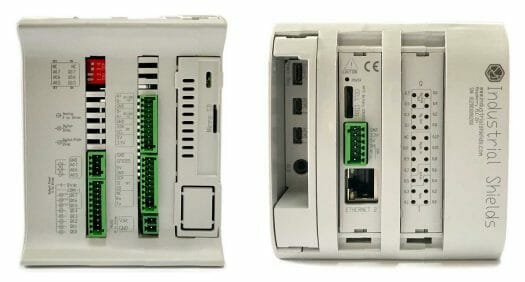 The PLC runs Raspberry Pi OS, but there does not seem to be any specific software provided for the PLC with only basic Linux configuration commands shown in the user manual. I first found the PLC on DFRobot where only two models are shown with either optoisolated outputs or relay outputs, but the user manual lists a wide range of models with different RAM, I/I and connectivity configurations.

The models sold on DFRobot go for just under $400, but we don’t know the exact Raspberry Pi 4 model used, and the configuration options are not clearly listed either. So if you’re interested you might just be better off purchasing the PLC directly from the Industrial Shields store with pricing starting at 242.18 Euros and options clearly defined. Alternatively, you could also have a look at some PLCs based on Raspberry Pi Compute Module 4 such as Modberry 500 CM4 or OpenEmbed EdgeBox-RPI4 that aim at the same target markets, but with a different mix of features.

The housing appears to be an Italtronics Railbox. Be careful when you open this housing, otherwise the retaining clips break off. The plastic is quite hard and brittle compared to e.g. Phoenix.