This is yet another announcement of Rockchip RK3588 hardware following ROCK5 Pico-ITX SBC, Firefly ITX-3588J mini-ITX motherboard,  and Mixtile Blade 3 server board among others. Melotronix R58X may have different use cases, as it is suitable as an IoT gateway, an industrial PC, an edge computing platform, a video analytics server, digital signage, a vehicle control unit, and other embedded applications. 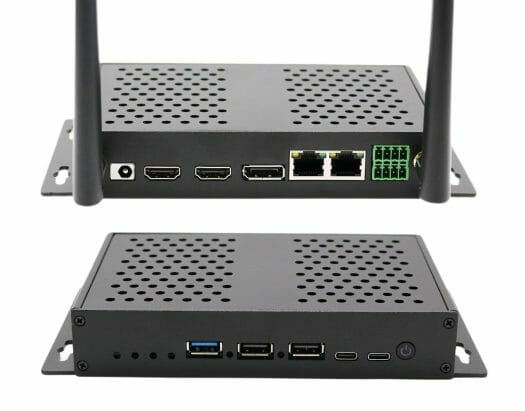 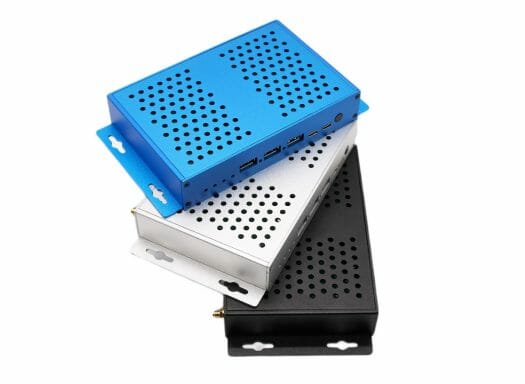 The company will allegedly provide Android 12, Linux Ubuntu 18.04, and Debian 11 for the mini PC. Based on our recent article about the Mixtile board, I’d suspect only Android 12 will be available initially, and providing an Ubuntu 18.04 image in 2022 instead of Ubuntu 20.04, or Ubuntu 22.04 whose release is planned for next month, looks strange to me.

It should also be possible to purchase the DEV-RK3588-4D32 board only, especially since some interfaces like MIPI CSI and SATA are not accessible from the mini PC. That board may have been unveiled last December during the official RK3588 announcement at RKDC 2021 according to a post on CSDN in Chinese. 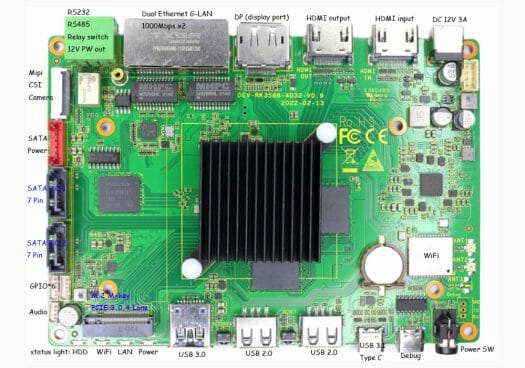 Mekotronics told CNX Software the sample cost is $249 with a shipping lead time of just 7 days. I was unable to get the details about memory and storage capacity for the sample in time for this article, but I’d suspect at this price it should be 4GB RAM with 32GB eMMC flash. Again based on what I have read over the last few months, I doubt software, even Android, is ready for prime time. More details may be found on the product page, and we were told the download link to the first firmware image would be available on March 15. They also have a YouTube account with some demos. R58K can’t be purchased online right now, so you’d have to email them or call them to get more information and/or arrange a sample.

I wonder if the holes are in VGA support format, to skrew behind screen ? This would make it so convenient to have a clean desktop and easy to move desktop computer.

VESA mount you mean? If so, no, too wide housing for that.

Good to see an actual product with videos too.

Would like to see some real world benchmarks to compare against those previously posted.

I do wonder how many would pay this price instead of buying an Intel box though.

Just because rising price of energy.

The question now is: who in Shenzhen has NOT announced an RK3588 board yet?!

If so they are the least expensive device which can do this.

The datasheet (page 12) states the HDMI RX is only capable of up to [email protected] However, the more practical issue will be the need for HDCP keys to decode protected content.

For those interested Michael Wang has posted YouTube videos of this device running Debian OS 11, Antutu and GLmark2 results.