We first wrote about the Pockit modular Linux computer with hot-plugging magnetic blocks about a year ago. The system was based on a STM32+ESP32 mainboard with a socket for an optional Raspberry Pi Compute Module 3 and included magnets and electrical contacts to snap and hot-plug modules/blocks while the computer is running.

The developer (Anil Reddy) has made good progress with the project and added the option to use a Raspberry Pi CM4 with Pockit (provided you can find one) to improve performance, for example for computer vision. Other changes include support for AI accelerators, an improved dashboard, home automation integration, and more. 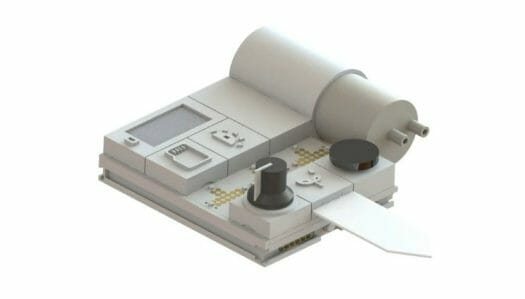 Pockit now supports over 80 feature BLOCKS ranging from a rotary encoder to a microSD card reader to various camera types, an HDMI block, AI accelerators, and so on. All of which can be magnetically snapped while the computer is running, and automatically detected in the dashboard. The exceptions are some larger blocks, such as HDMI displays, that are attached to the side of the mainboard. This makes the solution ideal for rapid prototyping. 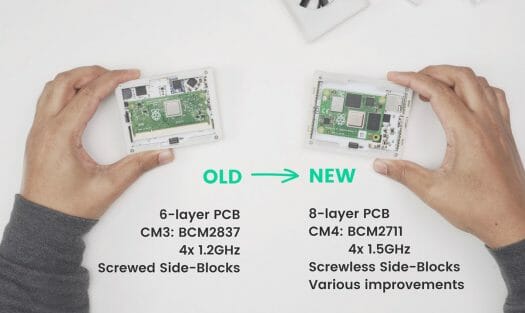 The new Raspberry Pi CM4 based Pockit block has two main benefits with a more powerful module than the RPi CM3 block, and the mechanical design has changed with a screwless design that’s easier to install and remove. The Raspberry Pi block runs the dashboard shown as shown below. 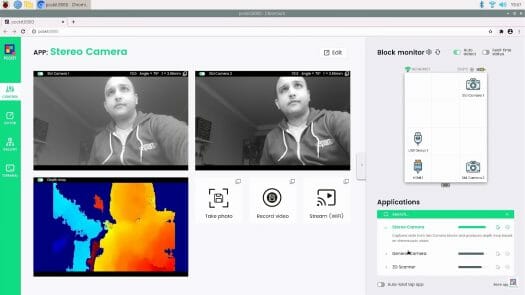 That’s where it gets really impressive as the dashboard will automatically detect new blocks and reconfigure itself on the fly. Add a camera module, the video appears automatically, add an extra Ethernet module, you now have the option to stream the camera output. While using object demo, you can switch from CPU processors to an AI accelerometer (Coral Edge TPU) within seconds, and Anil is also working on more compact Kendryte K210 and Coral Edge TPU blocks. Nordic Semi nRF52840 or Texas Instruments CC2531-based blocks enable home automation through solutions such as Home Assistant or ESPHome. The best is to watch his latest video presentation below, and I’m sure your mind will be blown away.

If that’s a project from a single person that’s really impressive with mechanical and hardware design, plus multiple development environments (Linux, ESP32, STM32, nRF52 SDK, etc…) to work with. Anil answered some of the questions on Reddit under the username Solder_Man.

There’s an official website for the Pockit project, but it’s in blog form and not very easy to navigate. For example, there are no “product pages” where you can browse for information about the different modules and so on. Anil plans to manufacture several samples for beta-testers. If you are interested in purchasing an early sample or following up on the project you can subscribe on the website.

where are they finding CM4s these days – I think there are 1 or 2 stores in the world that has in stock.
just joking – I know they probably work with rpi fundation on enterprise level