BIGTREETECH Raspberry Pad 5 is a carrier board for the Raspberry Pi CM4 module with a 5-inch 800×480 display and mainly designed as a control panel for 3D printers, but also usable for other HMI applications.

The carrier board also exposes a 40-pin GPIO header, and offers Gigabit Ethernet, HDMI video output, a MIPI CSI port for a camera monitoring the prints, a USB Type-C port, as well as three USB 2.0 ports for further peripherals expansion. 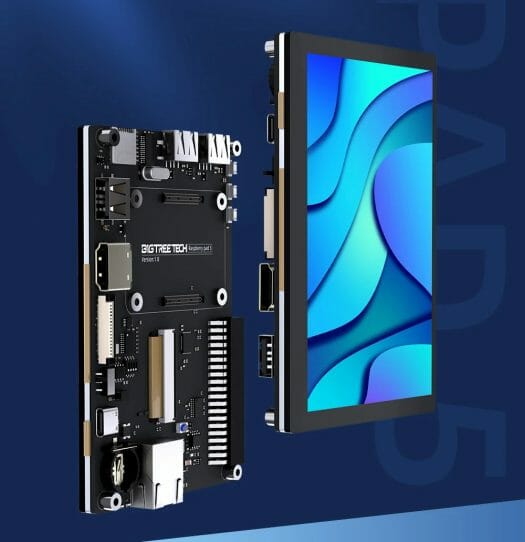 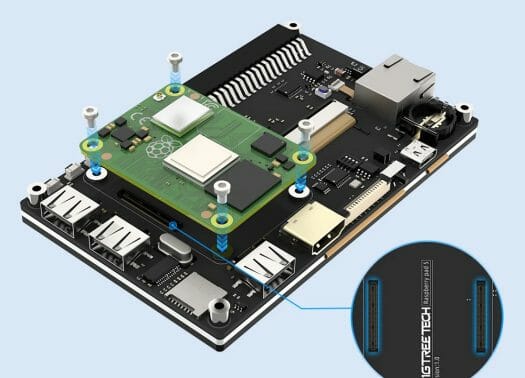 Applications listed by the company include “Net TV”, Smart mirror, door controller, digital photo frame, wall calendar, Pad, Robot, Smart speaker, Minicomputer, and of course, as part of a 3D printer setup, for example, with the Pad 5 running Klipper and connected to the company’s BTT SKR Pico board 3D printer control board powered by a Raspberry Pi RP2040 MCU through one of the USB ports. 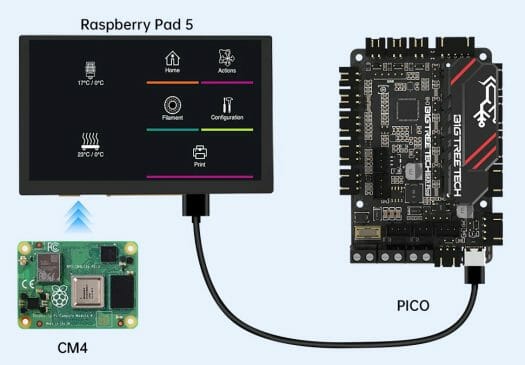 Via Liliputing and Jeff Geerling

All these solutions and projects are BS. you get for half the price a second hand mini pc with and i5

I like the screen, can be buyed separately ? i was looking for a 5″ touch. but i hate borders! this have borders of 3 different sizes……

Nope, a ‘5-inch’ display features a display diagonal of ~5″.