Sipeed Maix-III development kit is composed of a core board equipped with AXERA AX620A AI processor and a carrier board exposing several interfaces such as Ethernet, USB, and camera connectors. resources.

As noted in our earlier article about the AXERA AX620A chip, it is a  quad-core Arm Cortex-A7 chip with an NPU offering a maximum of 14.4 TOPS @ INT4 or 3.6TOPSs @ INT8, and as such, this development board mainly targets AI vision applications. The board is an upgrade to the earlier Speed Maix II with an Allwinner V831 processor. 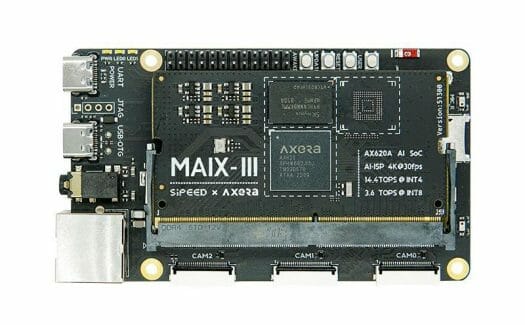 Thanks to the low power consumption of the AXERA AX620A SoC, the Sipeed Maix-III board can be powered directly through its USB port as the system consumers 5W ([email protected]) with the carrier board, the system-on-module, WiFi, Ethernet, a camera, and a 5-inch display. Using the display does not require am additional heatsink or fan, nor does it require an external 2A power supply like some other platforms. 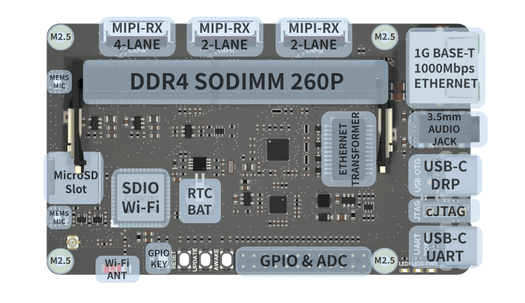 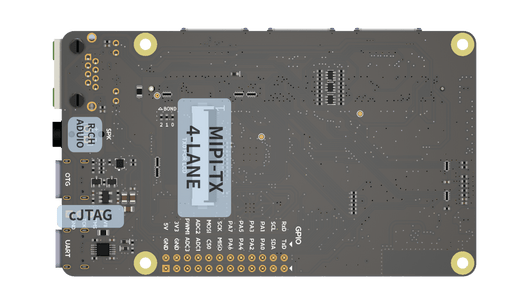 As can be seen from the official documentation, the Sipeed Maix III supports most of the common AI models. Model resources are preset in the development board system, and ipeed and AXERA provide a large number of deep learning open-source algorithm models that can be used directly on the development board. These models can be found in the MaixHub model library and AXERA-TECH’s Github repository. 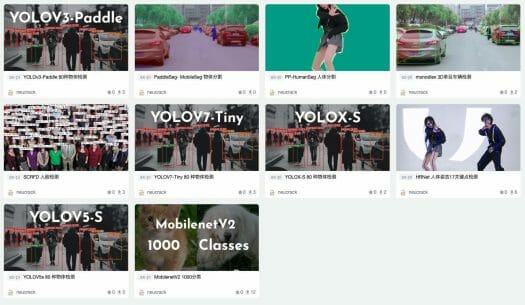 Sipeed provides a Debian 11-based Linux operating system for the development board booting from the MicroSD card. A Python API can be used to develop AI applications, but it can only be retreived through a link on Baidu at this time. Sipeed also offers the source code for the BSP, the API documentation, a developer guide for the SDK, and other instructions, all of which can be found on a Sipeed`s GitHub repository. Some other documents such as the AXERA datasheet and the schematics can be downloaded from Sipeed’s website. 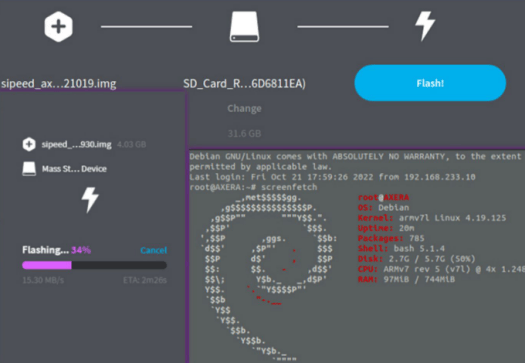 There are three different bundles that include the Maix-III core board available on Aliexpress. I suggest you buy the full-featured “Full Board Package” package to fully make use of the board’s capabilities. The package includes the Maxi-III core board, the AxPi carrier board, a GC4653 cameras sensor, a 3D printed frame, a 5-inch MIPI DSI display, a 32GB MicroSD card, a mini tripod, a USB-C OTG adapter, and a USB data cable for $95 excluding shipping. It’s also possible to purchase the OS04A10 instead of the GC4653 camera sensor for better low-light/night vision performance.

Li Zexi became a part-time writer for CNX Software in 2022 and works as a software engineer in an embedded software company in China. He’s been passionate about embedded development and the Internet of Things for many years, with extensive industry experience, and a new and unique vision!

Would that mean EoL for yet to be available MaiX-IIA?