The PineTab2 is an upcoming 10.1-inch Linux tablet based on the 1.8 GHz Rockchip RK3566 quad-core Cortex-A55 processor and equipped with up to 8GB RAM and 128GB eMMC flash.

The new model is a clear step-up compared to the Allwinner A64-based PineTab which did not survive the supply shortage and has also gone through a complete physical redesign with a modular metal chassis that is easy to disassemble for upgrades and change parts such as the eMMC module, camera module,  battery, or even the display. 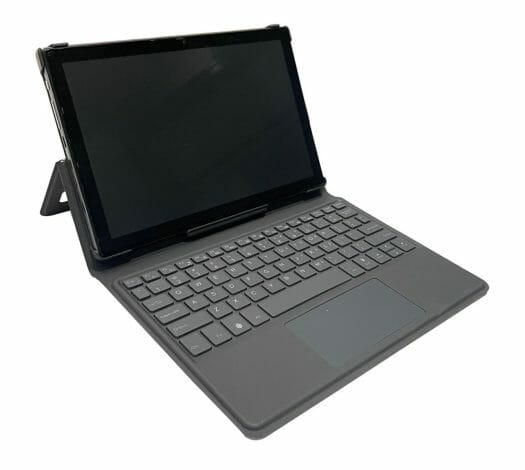 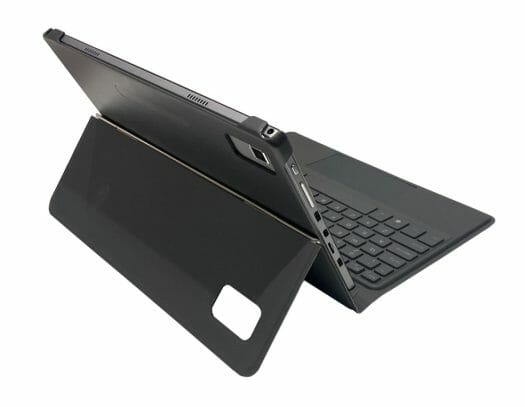 The photo below seems to confirm the M.2 socket found in the original PineTab is gone, at least in the prototype. 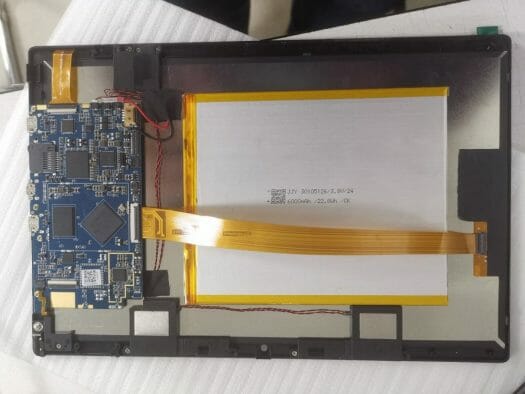 If we look at the somewhat blurry image of the PineTab-RK3566 PCB, we’ll notice two footprints for the wireless module because the company is currently testing two different WiFi/Bluetooth modules, and the one fitted to the board is a BES chip (possibly BES2600W), or the same brand as the Bluetooth audio chip used in the PineBuds earbuds. 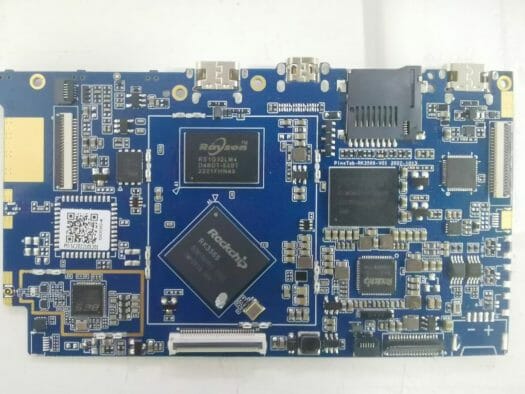 The announcement also mentions that software development for the RK3566 platform has reached a “high level of maturity with both mainline and BSP Linux supporting nearly all core functionality of the chipset”. That’s basically all the work done in the Quartz64 SBC and SOQuartz system-on-module with the same processor with, for instance, some changes to be upstreamed to Linux 6.2 for GPU, HDMI (including audio), and PCIe, as well as DietPi v8.11 with good support for the Quartz64 board with Linux 6.1-RC1. There was no mention of the PineNote e-Reader, so it could be the project is dead as it could have been a bit too expensive as a tinkering platform.

Pine64 will ship prototypes to developers this month and next, and hopes to start selling the PineTab2 sometime after Chinese New Year (January 21 – 27), but considering they have yet to decide on the exact wireless module, battery, and display to use, I would expect a launch later in Q1 2023 more likely.

From what I’ve read about PineBook, PinePhone, and the original PineTab, the PineTab 2 will be half-baked when it comes out and will likely remain that way longer term. To be fair though, Pine 64 will probably be up front about this from the start. So if you are an experienced developer, jump in and have fun. If you are looking for a plug-n-play workhorse, you might want to watch this one for awhile before deciding to buy – or not.

Yes, correct. That’s the way Pine64 operates. But as you noted they are always transparent about it.

It is tempting, if they can keep the price reasonable.

As long as it doesn’t choke too badly on the PWA version of Teams, it would suit a WfH thin-client setup – I connect to a more powerful x86 machine back at the office.

Emphasizing the modular nature sounds like they’ll release a 720p version initially and offer 1080p at a higher price point.