The first tutorial, written in 2011, explains how to install the Android SDK in Windows XP, and how to write a Hello World application. This may become, or even already is, irrelevant as Windows XP support as by Microsoft has ended and most people have switched to Windows 7.

At the time (July 2012), instructions to install the Android SDK in Ubuntu were not quite up-to-date, so I wrote a post entitled “Installing Android SDK on Ubuntu 12.04” to do just that.

This year at Google I/O, the company announced Android Studio as an alternative to Eclipse for Android app development. Since I did not wake up in the middle of the night to attend the event, I was fresh that morning and wrote a post explaining how to install Android Studio IDE in Ubuntu. The post must somewhat useful, as it is one of the more popular on CNX Software blog.

In some cases, you may want to extract and/or modify an apk. I’ve explained how to modify and rebuild an apk with apktool using Flappy Bird apk.

I wrote several device or processor-specific how-tos for Android, but in this section, I’ll just mention the post that can be used with all or most Android devices.

In 2012 with Android 4.0, one of my applications had trouble writing to an external SD card. This was due to Android permissions settings, and I’ve explained how to allow apps to write files to USB mass storage devices in Android.

Android is a Linux distribution but highly customized so you can’t really run any Linux based daemon directly, let alone the desktop environments. One way to work around this issue is to install Linux using Complete Linux Installer in Android, and use VNC. I’ve done that in Hardkernel ODROID-X board, but the same instructions should work with other hardware platforms too.

The next how-to might be mainly useful to developers and hardware hackers, but in some cases, end-users may also have to open their Android HDMI TV stick. I’ve just shown how to do that with Droid Stick A2, but the procedure is basically the same for all HDMI TV dongles with an enclosure in plastic.

One of the key advantages of mobile platforms like iOS and Android is their app store. It would be great to be able to run all the free and/or paid apps we used on our platform on our PC. Luckily there is a way thanks to AndroVM, even though this is still work in progress.

Do you want to autostart one application when you start your Android device? I’ve shown how to autostart XBMC in Android, but it would also work with other apps.

Android is great for gaming on smartphones, but if you’ve got a PS3 Bluetooth game controller or compatible clone, you can also play games with Android using your controller, which may boost the fun, and in some cases (mini PCs, HDMI TV sticks) be one of the few ways to play specific games.

If you want to have full control over your Android device, you’ll need root access. Most methods involve installing drivers to a Windows PC, and connecting your Android devices to your PC via USB. There’s a simpler method. You can install Framaroot app on your device, and root it directly with this app without the need of any computer. This does not currently for every device / SoC, but it may be worth a try.

There are tons of Android tutorials on the net, but If you know other website providing very good how-tos or tutorials worth mentioning, let me know in the comments, or via the Contact Us form. How-tos related to Android media player, or HDMI TV dongles are more likely to be listed. 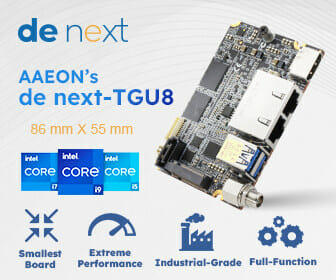