Yesterday, Olimex showed their new A20-OLinuXino board. This AllWinner A20 board is still a prototype, and there are currently 3 of them only, but the good news is that it appears to be working, 50 developer edition boards will be manufactured shortly, and mass production should start in June. 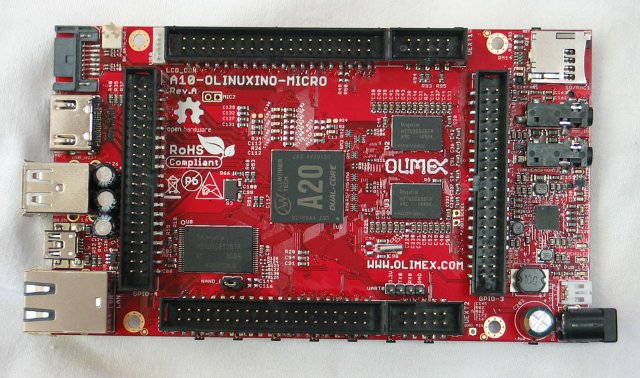 AllWinner A20 dual core Cortex A7 can clearly be seen in the middle of the board, but if you look close to the top left, you’ll see a marking: “A10-OLINUXINO-MICRO”. That’s because, as planned, they managed to design one PCB for both AllWinner A10 and A20 processors, and they’ll sell both versions.

Please note even though AllWinner A20 does support 1Gbe Ethernet, but A20-OlinuXino boards apparently do not, so if it is important for you application, you may want to wait for Cubieboard II, which will come with Gigabit Ethernet support. On the other hand, A10/A20-OlinuXino is open hardware (current Schematics and gerber files are available), and Cubieboard (II) is not fully open hardware.

Both AllWinner A10 and A20 boards have been found to work with Android 4.2.2 (part of AllWinner SDK) as you can see below. 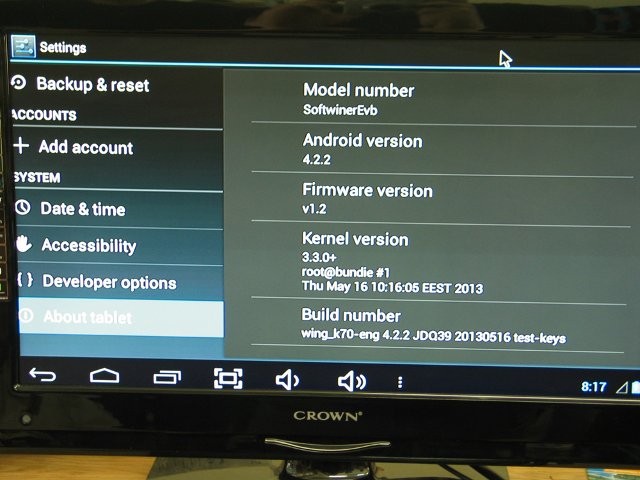 They also posted the boot log for A20-OLinuXino. Please note that AllWinner A20 can only run Android for now, because AllWinner only provides an Android SDK, but Olimex will soon start to work with the community to port Linux to the A20-OlinuXino boards.

Finally, Olimex also announced they’ve started to work on a low cost A20 SoM (System-on-module) that will sell for 25 to 30 Euros, and comes with A20, DDR3 memory, and power IC only, so that you can build your own hardware and simply insert this module on your baseboard. There’s no mention of the standard (e.g. SO-DIMM, SMARC, EDM…), if any, they’ll use for the module.