QC802 is one of the cheapest RK3188 mini PCs available on the market, as it sells for just $76 on Kimdecent aliexpress store ($73 after you get an Aliexpress coupon). AndroidPC.es got one sample, and posted a review in Spanish. I’ll post a summary in English of this review, but first let’s have quick look at the specs:

So the specs are comparable to other devices. 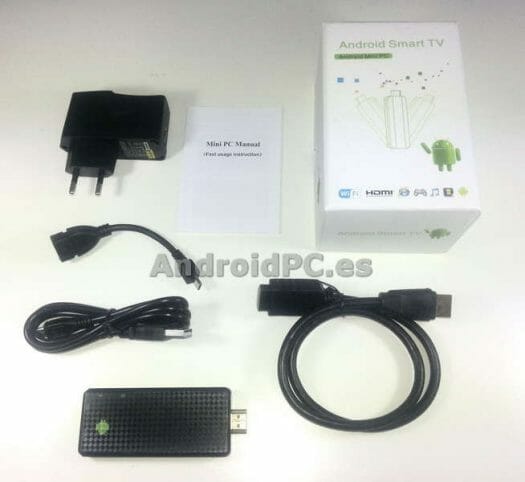 The picture of the device shows the 2 microUSB ports, the microSD slot, the full USB port, and HDMI output. They also mention there’s a recovery button to reflash the firmware in case of issue. 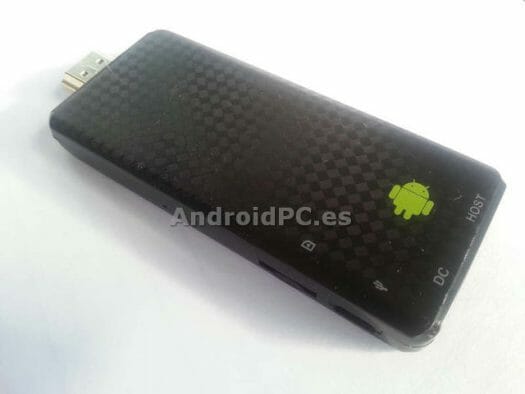 After connecting your input devices to the USB posts, the device to your TV’s HDMI port, and connected the power adapter, you should see a standard Android Home Screen after a few seconds. 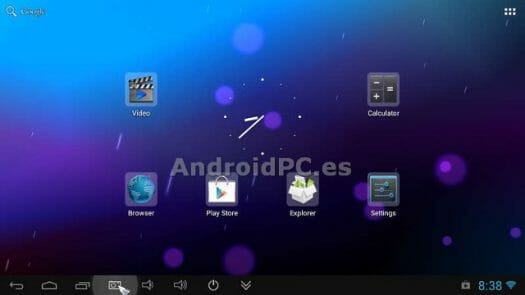 Volume -/+, power, and full screen icons are all available in the status bar, so that’s a positive. AndroidPC.es guys mentioned that the power button will actually fully turn off your device, and not only the display signal.

Looking into the settings menu, the device runs Android 4.1.1 on top of Linux kernel 3.0.36+, but Android 4.2 firmware is expected soon. Out of the 8GB NAND flash, 1GB is reserved for apps, and the rest of data.

They found Google Play to work well on the device, and only failed to install one app called Mitele (incompatible device), a Spanish video-on-demand service.

The device is not rooted, but apparently you can do that by downloading a Windows program called ZhuoDaShi-2.2.17. I’d assume standard RK3188 root procedure may also work.

QC802 uses Realtek RTL8188EUS, and features an internal antenna fixed to the casing. Performance was found to be pretty good, but there was some disconnections from time to time, but apparently the issue could be fixed with an app called Wifi Fixer to make sure the connection is always active.

They also tested Bluetooth with Bluetooth File Transfer app, and found no issues transfer between their smartphone and the device in either direction.

They ran Antutu, Nenamark 2, Vellamo and Epic Citadel benchmarks on the device. 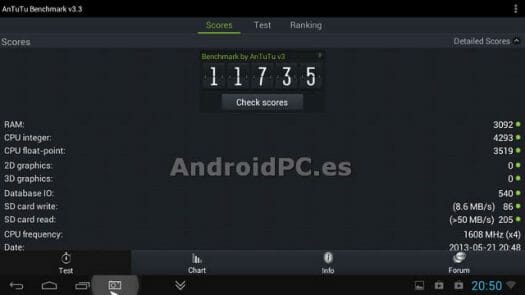 Video tested (from samplemedia.linaro.org) could all play:

They could also play Bluray video at about 10Mbps and 20 Mbps, as well as a MOV file @ 14 Mbps from a USB mass storage device.
They also streamed flash videos from the Android web browser smoothly.

Video tests are from a external USB 2.0 memory.

Was there ever a firmware upgrade released? I couldn’t find anything

@onebir
Nice! Shipping looks a bit cheaper to Thailand, and with $5 coupon “registernewbuyer5”, the price goes down to less than $64.

@Jean-Luc Aufranc (CNXSoft)
But you can’t use both coupons?

I had never seen the stock firmware before.