Yesterday was a big day for Google with several important announcements, including the Chromecast HDMI TV dongle, an updated version of Nexus 7 tablet, and the release of Android 4.3, still codenamed Jelly Bean. In this post, I’ll start with the hardware, and move to explain what’s new with Android 4.3, and where you can download source and images for your device. 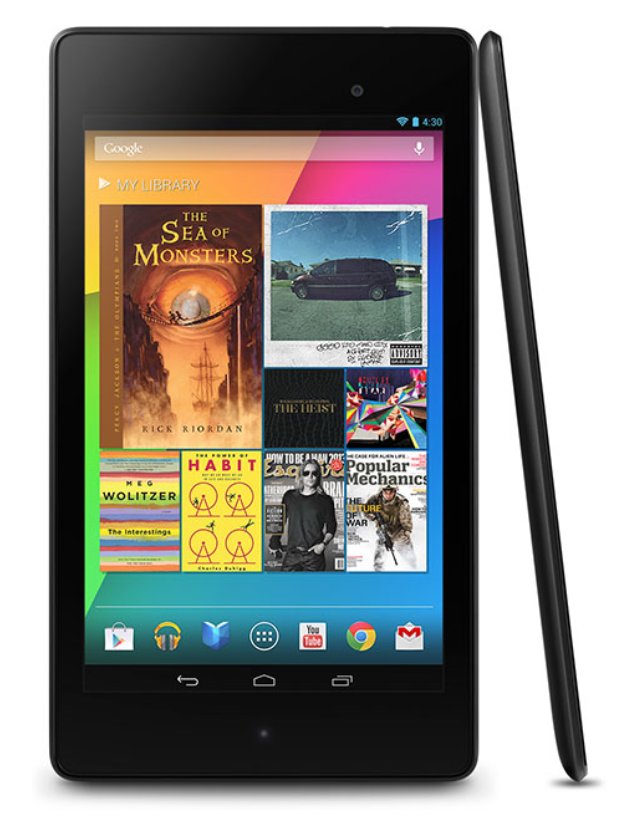 The new Nexus 7 tablet will run Android 4.3 on the following hardware:

Compared the original Nexus 7, it’s thinner and lighter, with a higher screen resolution (1920×1200 vs 1280×800), it features stereo speakers, an extra rear camera, more memory (2GB vs 1GB), and CPU performance is 1.8 times greater, and GPU 4 times greater. 4G LTE will be available in future versions.

First, if you’ve got a Nexus 4 or Galaxy Nexus smartphone, and/or Nexus 7 or Nexus 10 tablet, you can either wait for the OTA update, or download the binaries if you can’t wait. The source code has already been released (branch android-4.3_r2.1), so you can build custom ROMs if you want to.

You can find the full details on Android 4.3 Jelly Bean Developer’s page.

what is this “new” sensor type? Did they invent something different than what was already present in old Nexus 7? (accelerometer, gyroscope, magnetometer)

@renw0rp I guess it has nothing to do with hardware, and these are just a new sensor types in their API: “New sensor types The new TYPE_GAME_ROTATION_VECTOR sensor allows you to detect the device’s rotations without worrying about magnetic interferences. Unlike the TYPE_ROTATION_VECTOR sensor, the TYPE_GAME_ROTATION_VECTOR is not based on magnetic north. The new TYPE_GYROSCOPE_UNCALIBRATED and TYPE_MAGNETIC_FIELD_UNCALIBRATED sensors provide raw sensor data without consideration for bias estimations. That is, the existing TYPE_GYROSCOPE and TYPE_MAGNETIC_FIELD sensors provide sensor data that takes into account estimated bias from gyro-drift and hard iron in the device, respectively. Whereas the new “uncalibrated” versions of these… Read more »

thanks CNX, got it. When I was skimming through article I didn’t notice they are not Nexus7 specific, but Android 4.3 specific. Cheers