The first Firefox OS phone, ZTE Open, has been selling in Spain since the beginning of the month, and Alcatel One Touch Fire has been available a few days later in Germany. Both of those phones have low hardware specs with a single core processor, and 256 MB RAM. There’s now a more powerful alternative, Geeksphone Peak+, based on Geeksphone Peak Developer Preview phone, featuring Qualcomm Snapdragon S4 MSM8255 dual-core processor with 1GB RAM. 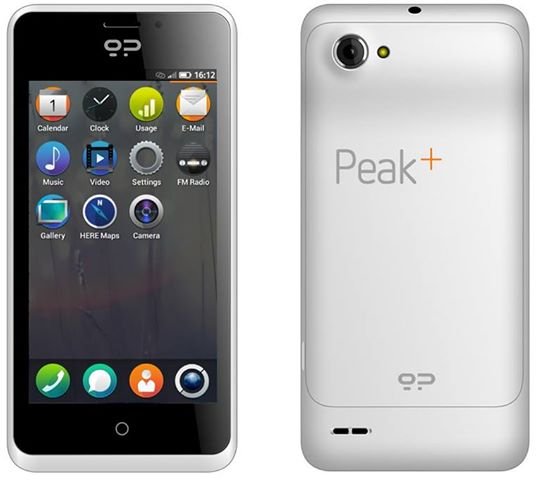 Here are the specs of the phone:

Liliputing reports the phone is not actually a certified “Firefox OS” device, but instead is based on Boot 2 Gecko (B2G) technology. This is what a Mozilla spokesperson had to say:

I find this confusing as I really thought Firefox OS was the new name of B2G. So apparently Boot to Gecko (or B2G) is open source, but only officially approved devices will ship with “Firefox OS”. It could be Firefox OS is to B2G, what Chrome is to Chromium. If somebody has an insight into this, it would be nice to comment.

You can now pre-order Geeksphone Peak+ for 149 Euros, excluding VAT and shipping, and the phone will be shipped on mid September.

Hi there, yep is confusing. From Mozilla’s official style guide, section Firefox OS, branding (link below [1]): “Firefox OS is a commercial product based on the open source Boot to Gecko (B2G) project. While the B2G code is open to anyone to implement, hack and experiment with, any properties or assets associated specifically and directly with Firefox OS (e.g. the name, logo, user interface, etc.) are subject to partner licensing agreements. For more information on partnership opportunities, please contact us.” As far as I know, Firefox OS’ UX is being developed by Telefónica Digital (“spin-off” of Telefonica R&D), one of… Read more »

Thanks but no thanks. For $116 I can get the quad core K-Touch u86: http://www.aliexpress.com/item/K-Touch-U86-Android-4-2-Gps-GSM-Unlocked-Android-3G-Gps-IPS-4-5-Inch/1101244598.html Which is running Android for which you can find apps and all the good stuff. Why would I want a more expensive phone who can only run web apps ? I’m totally against no native apps on a phone, Javascript si just too crappy performance wise and that will tell when you look at the battery usage. I do understand Mozilla for wanting to push this but to be honest I’d take Android any day and a phone running native C++ stuff written in Qt… Read more »

@Marius
Does quad core improve performance much with 512MB RAM? I was also wondering whether in practice dual core + 1GB might be better than quad with 512? :s

(From other stores & Aliex sellers with a bit more reputation, I think those phones are more like $130 btw)

It’s also on fastcardtech for $120 but this one does have 1GB of RAM according to the official k-touch website:

@Marius
Thanks 🙂 Other 1GB U86 sightings around this price point:
http://dynamic.focalprice.com/MH0620W
http://www.buyincoins.com/item/31940.html