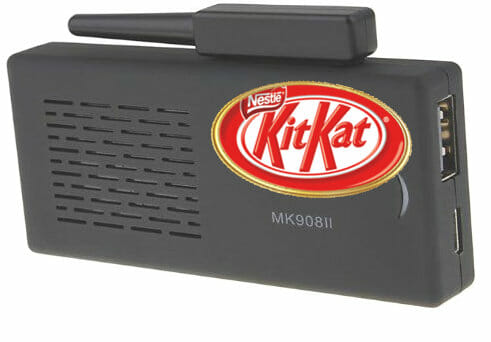 The four SDKs are available in the download page which links to baidu.com as follows:

Each download section is composed of three files. For MK908, we’ll get:

I haven’t completed the download yet, but the readme explains how to use build Android, and flash the SDK:

Please note these files do not contain firmware, just the source code to build the firmware, and if you’re not a developer, these will not be useful to you.

The company also told me they would launch an Oca core Android media player around the 15th of January, but did not provide further details for now.

@Raju
I have some issue myself at the download has been interrupted, and I could only download the kernel part. Provided I managed to complete a download, uploading a 4GB file would take several days with my ADSL connection, so I can’t really help with mirroring the download here.

Sources for RK3188? Did Rockchip finally get reasonable? What’s next, sources for MTK SOCs?

Of course it was NOT released by Rockchip, these SDK was released by design house and hope our comunity can use to improve our devices.

Kernel for MK908:
https://mega.co.nz/#!hJlTCKoR!QJsXsCeJMxZwUtTn3c95_2lfeUhby5JcFccpCIogpNM
Will upload android source too later.

Thanks for the mirroring.

are any major bugs with this one android 4.4.2 last one was too buggy and the image is sooo big why is that thanks

Here is a faster download source for kernel and SDK for MK908:
https://my.owndrive.com/public.php?service=files&t=57bae420ae42e9aed7412d6be9debc64

hey guys ?? bit confused i downloaded it and have trouble extracting it. also what is this is a installer img or android sdk thanks

“Please note these files do not contain firmware, just the source code to build the firmware, and if you’re not a developer, these will not be useful to you.”

I have downloaded SDK from link given by Gabe. While extracting, getting error ” tar: Unexpected EOF in archive”

@Raju
It’s probably because the download failed to complete. I’ve used Gabe link to download the SDK and I can open the file.

Downloaded and tried to compile in Ubuntu but getting make errors. Anyone else?

@Dee
This is an Android SDK, the kernel won’t just work “as-is” with Ubuntu.

@Dee
Install all the required packages on your UBUNTU and compile with GCC included in the Android sdk Gabe provided.

@Jean-Luc Aufranc (CNXSoft)
@Dee
Sorry, I misinterpreted your question….
Providing error messages or a link to pastebin.com with your build log could help.

I have finally downloaded and build images. But after flashing into my MK908, It is not even booting and hung with Android toy with Red mark on display.

While building kernel image, is it not required to use any config file to build it. I don’t see any command for this in README file.

@pdk
pdk, how did you try it? did it ignore your kernel and boot the old one or it did something else? can you post logs using pastebin or something like that?

I got it to build in the end. The supplied .config didn’t seem to work so I recreated a default via make

deviker :
@pdk
pdk, how did you try it? did it ignore your kernel and boot the old one or it did something else? can you post logs using pastebin or something like that?

Does anyone have a link for the MK908II download? I haven’t had any joy with the baidu download process.

@ran, if you are on Windows, then
1. register on baidu.com with help from google.translate (or just use Chrome).
2. try to download from links in this post, Baidu Download Manager (or whatever it’s called) will be downloaded, install it
3. when it’s installed and started, login. As you might guess, two upper fields are login/password, and the third one is captcha
4. now, whenever you click on baidu download link, this app will be launched and start download

Worked for, I’ve been able to start download in 5 minutes

Has anyone managed to build MK918 image ?

I’ve encountered a lot of errors (like misspelled filenames in makefiles, missing headers, both in the kernel and SDK).
The newest one is a linker error:
out/target/product/rk3188/obj/STATIC_LIBRARIES/libext_intermediates/initext.c:73: error: undefined reference to ‘libxt_connmark_init’

So I guess, I’ll have to go through makefiles and figure where should I add LOCAL_LDLIBS or maybe fix a filename. Which is no fun, I have to say.

@mo123
I’m not sure where it is available now, but these SDKs may not even run on their supported hardware. Some people tried on MK908, and it failed to even boot.

Very cool, The Rockchip is in our country, 😀 And I’m also a rk3188 Android developer. I’m porting Android4.4 multi windows.