AMD A10 Micro–​​6700T is the most powerful AMD Mullins low power processor (4.5W TDP) that competes with quad core Intel Bay Trail-T processors, and even outperforms them in terms of performance, especially GPU performance with Radeon R6 graphics, but possibly not in terms of power consumption. BungBungame Photon2 may be the first tablet to feature this AMD processor, so let’s have a look. 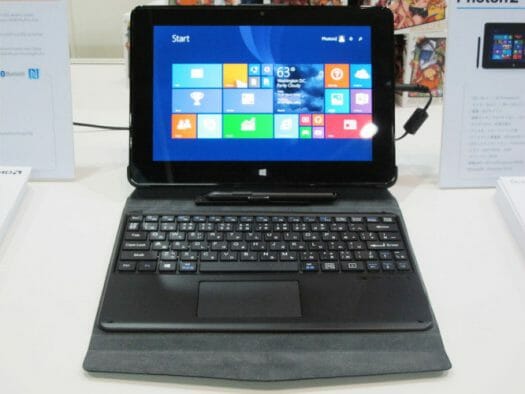 The tablet runs Windows 8.1 64-bit, and initially I thought AMD was not interested in Linux/Android support for their tablet SoCs, but some support for AMD Mullins processors landed into Linux 3.15, although I’m not sure if this means Linux could be tried on the platform, as these commits are only related to Radeon GPUs found in Mullins processors.

APUSilicon reports the tablet will be sold for 60,000 Yen (~$550) by the end of the year, and could be available on Amazon lateron.