CES 2015 has started, and the first company to present their innovations is Nvidia. Last year their introduced Tegra K1, the first mobile processor with a desktop GPU with support for OpenGL. They’ve now raised the bar with Tegra X1, an octa-core 64-bit ARM processor with a 256-core Maxwell GPU delivering 1.5x to 2x the performance of Tegra K1, and supporting 4K60 video playaback with H.265 and VP9 codecs. 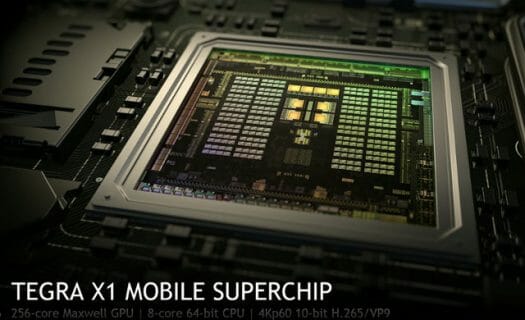 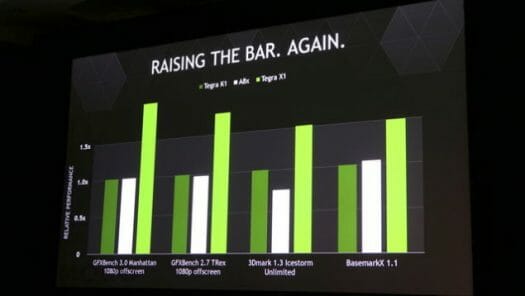 Nvidia CEO also claiemd Tegra X1 is the first mobie SoC delivering over 1 Teraflops, something that was achieved around year 2,000 with 20,000 Pentium pro processor consuming 1 millions Watts, while X1 SoC only consumes about 10 Watts. 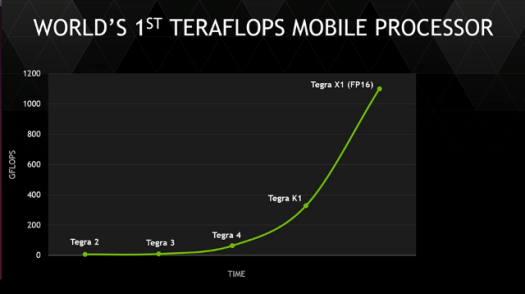 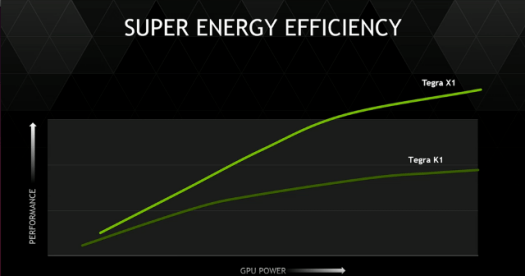 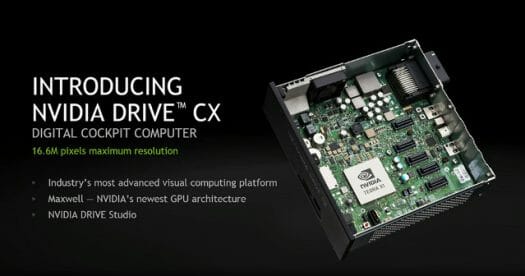 The company also showcase a Cockpit demo during the presentation.

And they’ve also announced Drive PX board with two Tegra X1 processors, 12-camera inputs for autonomous cars that drive themselves. 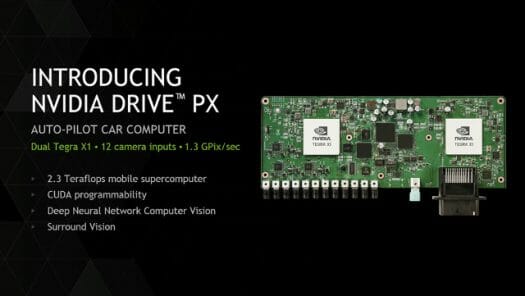 More information should be published soon on Nvidia Tegra page.

For details, good to go to Anandtech: http://www.anandtech.com/show/8811/nvidia-tegra-x1-preview

Have to say that Nvidia have started to go for the right path with their Tegra line, sure the Tegra 4 (not the ‘i’ version that sucks) was already doing things right, but the K1/X1 really do show that they can actually do the right thing (all is upstream as FLOSS).

Too bad their discrete GPU support sucks for anything beyond blobs.

AMD really need to do their ARM side the same way… And maybe every other mfg that wants to stay alive beyond selling cheap crud filling the landfills few years later.

Probably dumb question: does a 256-core GPU make this a competitor with the (yet-to-materialise) 64 core Parallella board? (I don’t understand if the GPU cores and Epiphany cores are comparable, for one thing…)

how they also add HEVC encoder with up to [email protected]

m][sko :
how they also add HEVC encoder with up to [email protected]

wow they also add HEVC encoder with up to [email protected] 🙂

Now we need Jetson TX1 or whatever they call it 🙂 There will be 3 companies providing similar A57/A53 setup, Qualcomm, Samsung and Nvidia. Allwinner probably will join the list later this year. I wonder if there will be significant performance difference. All are designed by ARM Ltd, support LPDDR4 (I think) and are 20nm. Well Nvidia uses different IP blocks for power management, custom interconnect and only cluster migration supported.

Keeping my fingers crossed for 4GB of RAM.

@Sander I think, there are some Snapdragon 810 (64-bit) development board with 999 USD price tag. It’s way better to go for APM reference systems for server-on-chip 64-bit (if you need RAW CPU power and lots of RAM). Otherwise there isn’t yet low-cost ARMv8 64-bit board. Hopefully Nvidia announces a new development board in March 17-20, GTC ’15 (GPU Technology Conference). I think, Jetson TK1 was shipping in April (a month after announcement). I hope, Nvidia wont go above 200-250 USD for X1 dev board. I wouldn’t expect upstream kernel support soonish also. They cleaned their tegra124 parts for 64-bit… Read more »

@kcg
According to Nvidia they couldn’t switch Denver to 20nm fast enough, thus they bought A57/A53 for 20nm from ARM Ltd. This way they could release SoC with Maxwell GPU. Denver might show up in future SoCs (probably 16nm FF/FF+). Nvidia focused on fast-to-market approach for Maxwell GPU.

With all those ARM-32bit SBC starting at 35 USD, I would have expected (or: hoped for) a sub-99USD 64-bit SBC. But maybe there is no need for that in the market.

Depends on what you’re trying to do. Number of GPU cores or PPU cores does factor into “faster”- but only if there is an apples-to apples comparison you’re making when you do it. For some instruction mixes, the Epiphany Cores will probably have an edge on the Maxwell cores. (I suspect that branch-heavy stuff will fare better on them than the Maxwell ones, for example…