Geniatech has launched a new Amlogic S812 quad core media player that should be one of the very first to run the full version of Android 5.0. It comes with 2GB RAM, 16GB internal flash and fast connectivity options with a Gigabit Ethernet port and 802.11ac Wi-Fi with MIMO. 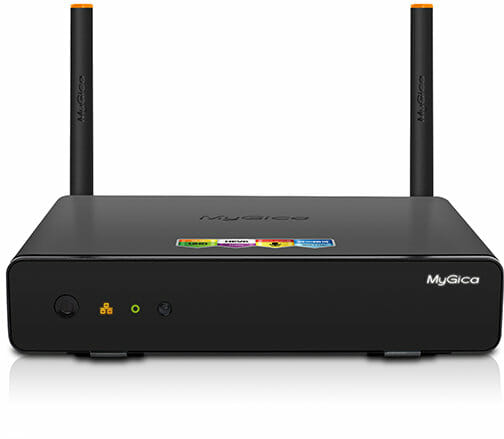 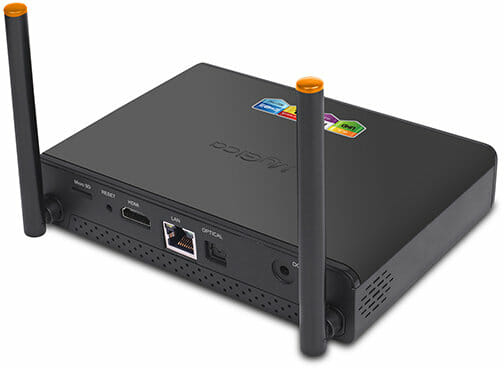 The Android 5.0 Lollipop firmware will also alledgedly include YouTube/Netflix TV app with support for 1080p and 4K2K support, as well as a custom version of Kodi 14.1. Voice search and OTA update will also be enabled. I’ve been in contact with some developers working on Android 5.0 on Amlogic S802 and S812, and I’ve been told the system feels much faster with Lollipop compared to Kitkat.

I’ve read a thread on MINIX forums that S812 does not support 8 audio channels, so HD audio support is not possible.

Not surprising at all. If you are not Geniatech, you can’t get access to Lollipop SDK just yet. And I’m 100% that access to Lollipop sources will be granted to all other solution providers and individual developers as soon as Genia starts selling devices with Lollipop.

I’m sure that Geniatech will be first one who will have 64bit Amlogic solution on market also.

I am only waiting for WeTek to release their new device, as they have best after-sales support and always OTA updates.

Stane1983 :
Not surprising at all. If you are not Geniatech, you can’t get access to Lollipop SDK just yet. And I’m 100% that access to Lollipop sources will be granted to all other solution providers and individual developers as soon as Genia starts selling devices with Lollipop.
I’m sure that Geniatech will be first one who will have 64bit Amlogic solution on market also.

still no openMAX API from AMLogic???
and only shity API??//

@Jean-Luc Aufranc (CNXSoft)
HD audio bitstreaming does work on the S812. Minix/Amlogic now supports VidOn XBMC and user reports indicate that true 7.1 channel passthrough is supported. According to Minix Ken, officially the SoC will only support 5.1.

Is Geniatech promoting this box with Netflix 4K? If so, I don’t think it will not work. 4K absolutely requires HDCP 2.2 and this box has HDMI 1.4 (unless that is a mistake).

Oops… that should have been – If so, I don’t think it will work.

With the Shield Console so close to release, none of these Android TV boxes come close to Nvidia hardware.

@BudoF
In countries where the Nvidia console sells for $200, Android TV boxes over $150 won’t be competitive, but I’m pretty sure in many places it will cost around $300 to get Nvidia Shield (X1).

@m][sko
Pretty sure Amlogic support OpenMAX API since their Android 4.4 SDK and later?

My eyes burn when I see an ARM processor with 1 trillion GHz , and with a totally outdated GPU.

Wondering about Geniatech’s business reasons why this just didn’t ship with a the full Android 5.0 OS instead of only Android TV image instead?

Would it not make sense for a new set-top box like this to now to ship with Android TV as the OS instead of full Android 5.0 OS?

Hi guys, where could we buy that?