H7 Hummingbird development board powered by Allwinner H8 octa-core Cortex A7 processor with support for 1080p H265 video decoding launched this summer, but Merrii does not usually provide much support to individual developers. Linksprite is about to launch a new H8 development board that also comes with Arduino compatible headers. 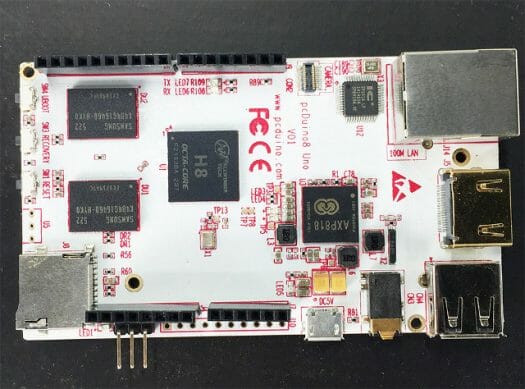 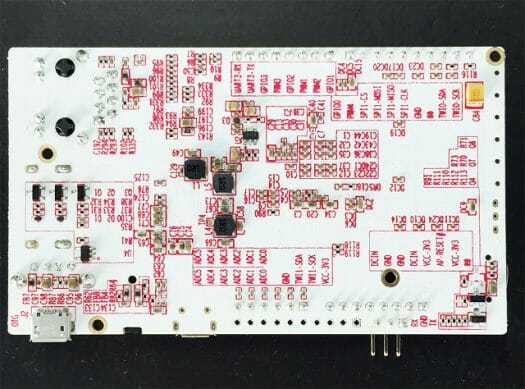 The board does not quite has as many features as H7 Hummingbird, and lacks internal storage, a wireless module, and an LVDS connector. It is also half the size, so you can expect it to be significantly cheaper. pcDuino8 Uno board is not available for sale, and I could not find any target price, but Linksprite is selling an Allwinner H8 based pcDuino8 STB kit for $49, with a different PCB but somewhat similar specs, so we should most probably expect the development board to sell below $50 too.

The board will run Ubuntu 14.04/14.10 and Android 4.4, but firmware, source, and documentation have not been released yet for the board. There’s just an Android image for pcDuino8 STB. More information should eventually be added to pcDuino8 Uno product page.

@hoanhdinh86
Agree, we need much more RAM and 64-bits.

Let’s wait for AMD 96Boards, 4 x A57 and we stick in 16GB worth of RAM. Spend another 50 USD for open-source friendly GPU and enjoy AArch64 desktop 😀

Maybe Linksprite are selling it 49$ but they are charging 80$+ for shipping… feels like a scam site, gives low price to attract users then they charge most of the price of the product in the shipping which appear just at the very end of the checkout.

I got one from ebay. I paid $22 dollars which seemed high because others picked it up for less. There was few people bidding, six dollars shipping. Buy it now is higher $35 to $45. I downloaded the SD image from LinkSprite and expected to be able to browse the internet out of the box like a RPi. However it is a disappointing experience. Can’t use the user interface to connect and had to hand type a connection script from LinkSprite that didn’t work. Won’t mount USB devices on my hub. Common linux commands I use are not recognized and… Read more »