GeekBox is an upcoming Android TV box based on Rockchip RK3368 octa-core processor that doubles as a system-on-module and development board. The company has now uploaded the Android 5.1 SDK, including Linux 3.10.79 kernel, on github. It’s not for the Android SDK for RK3368, but at least it’s not just an outdated tarball, and will hopefully be regularly updated directly on github. 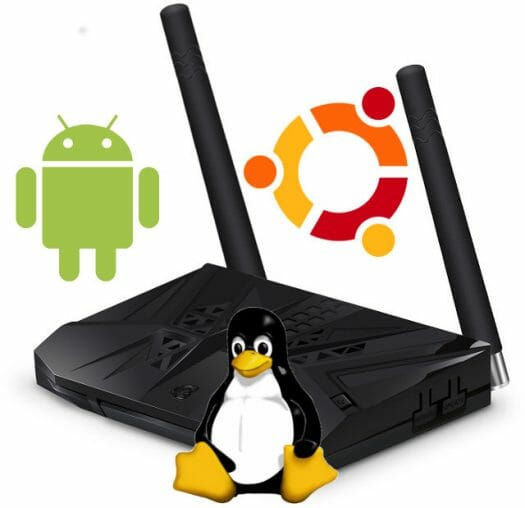 It’s quite possible those images will also work on other Rockchip RK3368 platform with some modifications, e.g. an updated device tree file for a given hardware. I’ve downloaded Biz OS adn the dual boot image, and the firmware files are of “update.img” type, so they are not bootable from SD card.

That kernel is a bit old. If they intend to stick to that kernel for a long time, one might want to back-port some of the new 3368 thermal patches:

@blu, the kernel source we have released is to match the Android-Lollipop, and we will release more source code next week about: 1. integrated the Linux mainline into Geekbox kernel source with a new branch 2. the kernel branch we used to build Ubuntu system Meanwhile, we will also publish some articles in our forum which includes: 1. how to sync Android Lollipop Codes, and the compiling steps 2, how to build your own Geekbox Android ROMs 3, how to build your own Ubuntu system based Geekbox 4. Others Welcome visit our forum and participate in the discussion, thank you… Read more »

@Geekbox, thanks – that’s great to hear! That will save GeekBox ubuntu users (myself included ; ) a great deal of time and effort.

/heads towards the forums

Hope the new Ubuntu system will have GPU acceleration.
The menus are really laggy and slow by using software(CPU).
I was also not able to play any types of videos with MPlayer in Ubuntu, not even SD mpeg1 or an avi video, just get a black screen.
If these 2 things can be fixed, then it would be very good.