Bluboo Xwatch is a smartwatch based on Mediatek MT2601 SoC that runs Android Wear. So far, we only knew the factory price would be around $80, but the watch has now showed up on several website such as GearBest and GeekBuying and is pre-selling for as low as $99.99 according to Bluboo, which would likely make it the cheapest Android Wear watch on the market today. 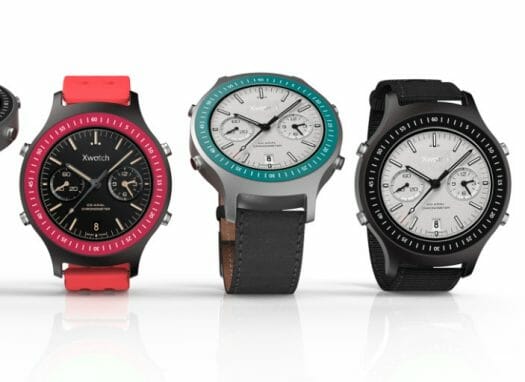 The specifications have not changed much since the first announcement, but there are lots of differing specs across the sites: 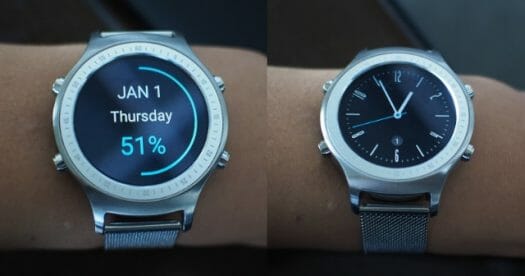 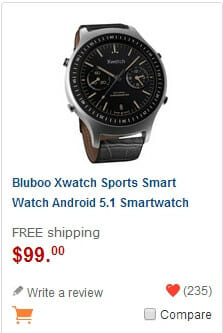 The specifications differ from sites to sites, especially when it comes to sensors, but at least the HRM should be there. While GeekBuying does not list GPS as a feature at all, GearBest confirmed to their customers Xwatch does have GPS in the FAQ. Battery life at 80 hours on standby will probably means 1 or 2 days on a charge for typical use, which is pretty poor, but usual for Android Wear smart watches.

The company also provided some pictures with the actual sample, and expect to launch the watch in February 2016.

Exact pricing is sort of mystery, while the company claims a $99.99 retail price, GearBest used to show a $99.00 price tag with free shipping, but is now only showing an arrival notice without price, while GeekBuying has listed the watch for $129.99 including shipping, and delivery scheduled for January 15, 2016. That date is clearly wrong, as even Bluboo don’t expect to launch the device before February.

You can find more pictures on Facebook, and the watch should soon be listed on Bluboo product page.

Do these get updates directly from Google or will you be stuck with whatever is on it initially?

@Someone from the other side
Who knows, they can’t even agree on the specs!

Looks nice..worth a try. Wondering how does it charge..hope it’s not a snap on charger as seen in gear s,.

Anyone know what it takes to get an Android Wear license? Android Wear is locked via encryption keys from Google so I haven’t messed with it. Previous article said they were having trouble getting a license.

According to one of the comments the watch os is ” based on android lollipop and can run most android apps, not real android wear”

@mm When I asked the company (Bluboo) a few months ago they told me they were applying for Android Wear license via a third party, and they are still promoting it as an Android Wear watch, so that would be a really big lie. GearBest page and comments is a complete mess: Title: Android 5.1 Smartwatch Description: Android Wear smart watch Question: 1. Will it have normal Android or Android Wear? It’s not clear Reply: Hi DW, You can install and uninstall independent Android Wear application. I don’t think they clearly understood the question, or at least did not answer… Read more »

Small update: The company wants to send me one unit for review, and they said they plan to send it on February 20, so I guess anybody that pre-orders now will have to wait for at least one month before it’s shipped, plus a few weeks shipping if they go with free shipping. So they’d likely receive it mid March best case.

From the pictures (on facebook) that is definitely not running android wear – unless 6.0 is very different (which I would suspect is not the case from reports from the beta versions