So far most smartphones with alternative operating systems had rather low-end to mid-end hardware specifications, but according to OMG! Ubuntu!, Canonical and Meizu are about to change that, as they should be about to launch an Ubuntu Edition of Meizu PRO 5 smartphone with an Exynos 7420 octa-core Cortex A57/A53 processor coupled with 3 to 4GB RAM, 32 to 64GB storage., and a 5.7″ display with 1920×1080 resolution. [Update: Finally, the USB-C port on Meizu PRO 5 does not support external display, so no convergence, unless Canonical decides to implement convergence over Miracast…]. 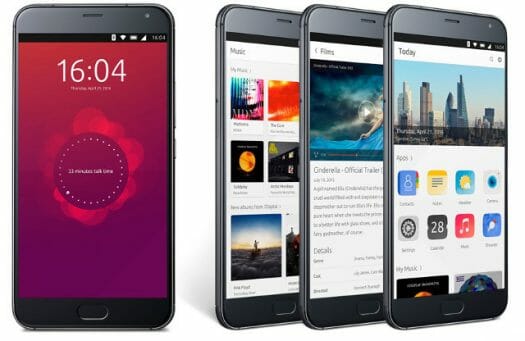 OMG! Ubuntu also got some pre-launch information, and claims that the phone should be available for pre-order in the next few weeks for customers in Europe and China. The latter probably means it will soon show up on Chinese e-retailer website as a – hopefully slightly – inflated price. Actual price should be announced on February 22, 2016 at Mobile World Congress. For reference, the Android – actually Flyme OS – version of the phone sells for $400 to $525 depending on configuration and options. European customers should obviously expect their 20% VAT added to that, and some more to pay for that social safety net…

That would actually be some kind of usable phone comming with linux that doesn’t need java-shit?

I don’t believe that will really happen.

Supposedly the phone does not do convergence via USB Type-C port but may be able to by a wireless Miracast type but that is not compete yet either from what i have read. Still this could be amazing, cant wait for the reviews

Too expensive. More than twice the price of an approximately equally spec’ed Android phone. It should be about equal in price, or will fail to catch on. US$150 gets you something nearly equal from Lenovo, or many other Chinese brands.

@Brad
The price is a guess at this point and is base off the equally spec’ed Android phone. That CPU/GPU is a 14nm beast and is much cheaper than the only other phones (Samsung Galaxy 6/6 edge…) using it.

Hope this will come to my country

The phone has officially launched -> https://insights.ubuntu.com/2016/04/26/the-most-powerful-ubuntu-phone-is-available-to-buy/

@Jean-Luc Aufranc (CNXSoft)
I can’t believe they’ve released this phone without convergence support. Really looking forward to that feature running on nice hardware… Until then.