Shenzhen Xunlong has been pretty busy churning out new boards over the last few months and years, but is still not active on the software side. However these days, it’s not that bad thanks to Armbian community which provides Debian based images, and supports Allwinner H3 boards pretty well. The company is now about to launch Orange Pi Plus 2E, based on Orange Pi Plus 2 which comes with 2GB RAM, but at a lower cost, by removing SATA, the need for a USB hub chip, and the camera connector, while still managing to upgrade the eMMC flash capacity to 16 GB. 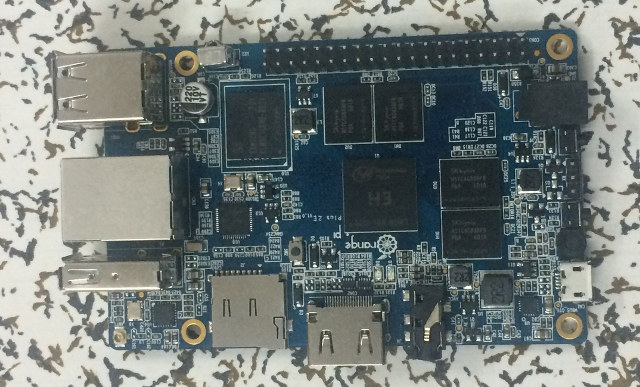 Orange Pi Plus 2E specifications with differences in bold or stricken through:

The board was actually made based on requests from Armbian community, that asked for 16GB eMMC for better random I/O performance which is important if you intend to run the operating system, database applications, or any other application that requires many small I/O writes and reads, and the removal of the USB hub chip that shared the bandwidth with SATA and other USB ports. SY8106A regulator was also used to make sure there’s less throttling.