Project Tango uses computer vision to enable mobile devices to detect their position relative to the world using 3D maps of the world created in real-time using 3D depth cameras. Google and Lenovo had already announced a Tango phone would be launched later this year during CES 2016, and the companies have now officially introduced Lenovo Phab 2 Pro, the world’s first Tango-enabled smartphone, scheduled to start selling worldwide in September for $499 and up. 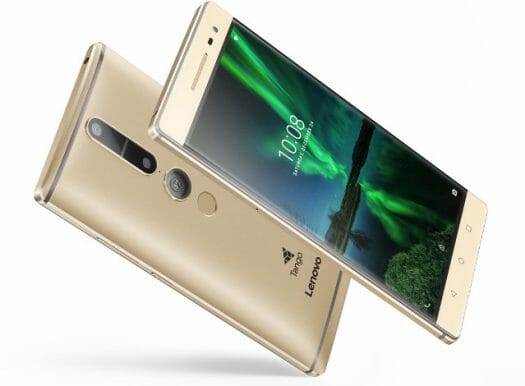 The phone will obviously run Android, and several Tango apps can already be found – or soon will be – in the Google Play Store such as Lowe’s Home Improvement app capable of showing items for sale in your own living before actually buying them, or take measurements, as well as Phantogeist, Raise or Woorld augmented reality games mixing virtual with reality.

Project Tango in combination with Android Daydream would be awesome for VR.