Ardubox feels like the little brother of PocketCHIP portable & hackable game console with its transparent case, but instead of running Linux on a 32-bit ARM processor, Ardubox is based on the same Atmel ATmega32u4 MCU used in Arduino Leonardo & Micro boards. 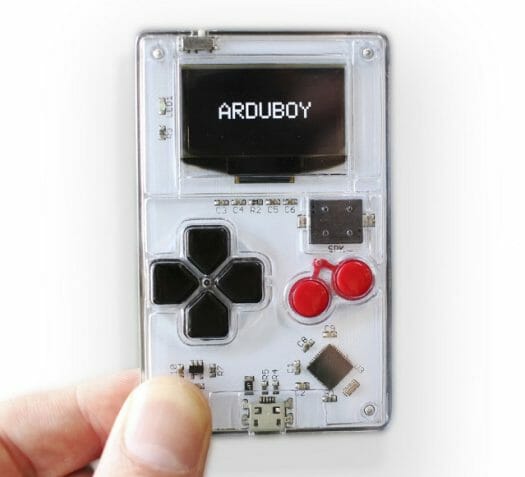 Beside the Arduino IDE, The board can also be programmed with Codebender, GCC & AVRDude. There’s also a fairly long list of games to play with, and it can be hacked as a virtual business card, a USB mouse and keyboard, a synthesizer, and more.

The Arduino game console was first launched via Kickstarter last year, raised $433,038 out of 7,221 backers, and has been shipped to all backers in August. However, it’s now available for pre-order on Arduboy website for $39, and SeeedStudio is organizing a crowdbuy where it can be had for $37.95. More details can be found on Arduboy website which features a community forum, and a getting started guide.