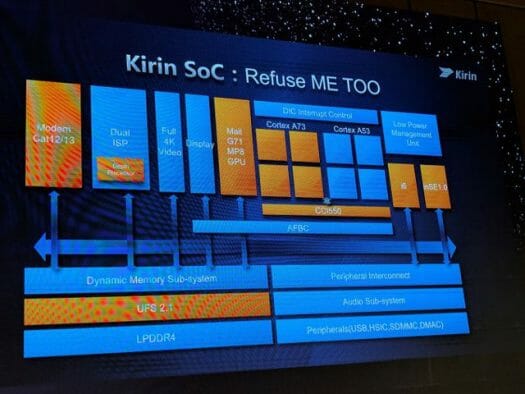 The table below from Anandtech compares features and specifications of Kirin 950 against the new Kirin 960 processor.

ARM claims 30% “sustained” performance improvement between Cortex A72 and Cortex A73,  but the GPU should be where the performance jump is more significant, as ARM promises a 50 percent increase in graphics performance, and a 20 percent improvement in power efficiency with Mali G71 compared the previous generation (Mali-T880). Kirin 960 also integrates twice the GPU cores compared to Kirin 950, and some GPU benchmarks provided by Hisilicon/Huawei confirm the theory with over 100% performance improvement in both Manhattan 1080p offscreen and T-Rex offscreen GFXBench 4.0 benchmarks. 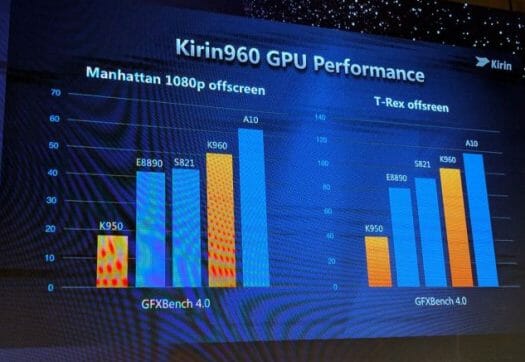 Oh wow, Huawei are not kidding!

“According to reports from Android Central, the Huawei device powered by Kirin 960 outperformed iPhone 7 and a Samsung Galaxy Note 7 in the launch speeds of 13 out of the 14 most popular apps in China during test.”