CNXSoft: This is another review by Karl about Amlogic S912 based YokaTV KB2 TV box.

Today we will be looking at Videostrong YokaTV KB2. Below are the specs from Videostrong website. 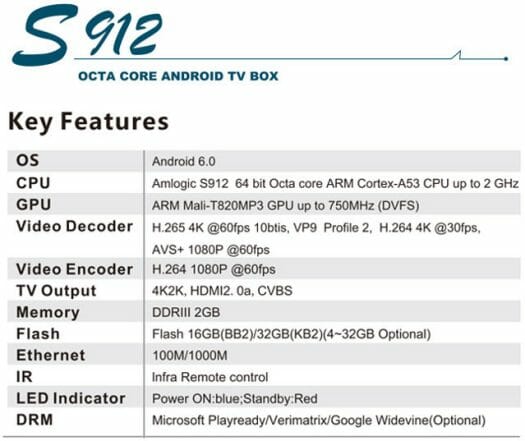 This is my first S912 device so I had high expectation. I have been using it for quite some time now with no major issues. I received approximately 6 OTA updates since I started testing and some welcome updates have come. 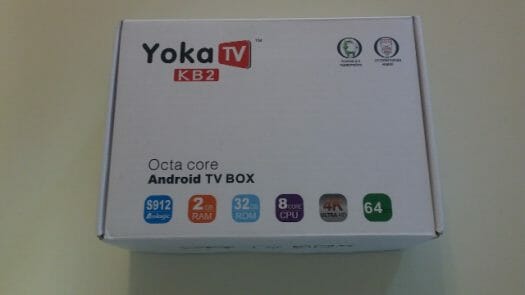 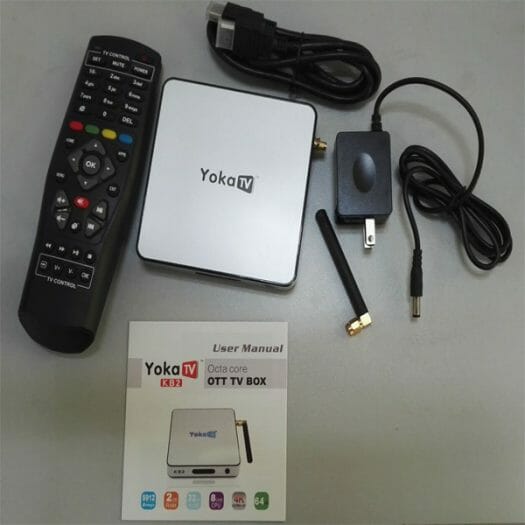 When I receive a box first thing I do is take it apart and check out the inside. I was excited when I found out it had 32 gig of storage. It is not too common. 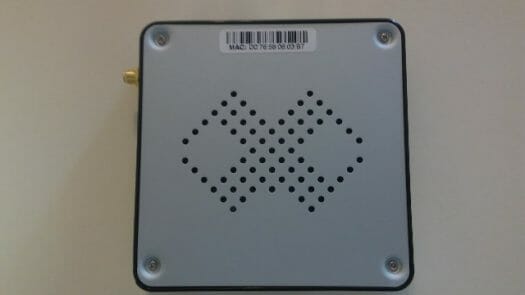 Then when I opened the box I was really happy to see an antenna that wasn’t soldered on. Makes it easy to add a different one. +1 for KB2. Then I noticed the heat sink. It seemed a little small. I was right, it runs warm.

First thing to do: get this baby running cooler. When stressing the box, the temperature got over 80+°C a couple times. It ran between 70 and 75 °C on average before the mod. The case is mostly plastic except the bottom cover. Bingo! A couple squares of 5mm thermal pads between the board and the bottom of the case and thermal issues are gone. 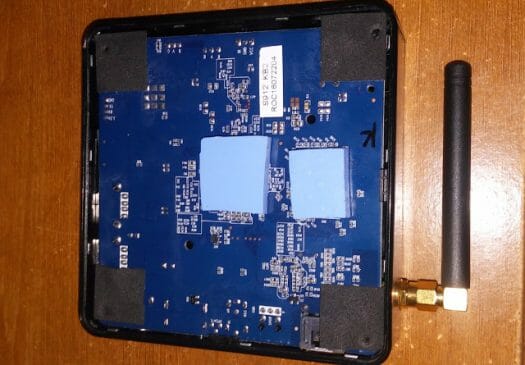 I started SetCPU and ran the built-in stress test, it tops out around 72 °C, and quickly cools after stopping the test. I put a square approximately where the CPU is and while I had it open, where the memory is although I don’t think it is necessary. After the mod, the box runs about 60 deg Celsius.

For this test I use SetCPU to set the Min and Max frequency for the CPU to 1.5 GHz which is the max for this processor. It will give the best score. 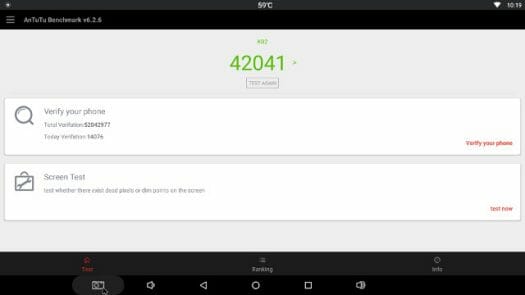 I am not sure why my WiFi was slow on the tests below. I don’t have an AC access point yet. The best I have is N, maybe that is the cause. Some friends over on Freaktab are getting some really good speeds on AC with this box. I might have damaged something when I opened the box.

Below are the results but take them with a grain of salt. I do a simple file transfer test of a large movie with optimum conditions for WiFi then one in more real world scenario. 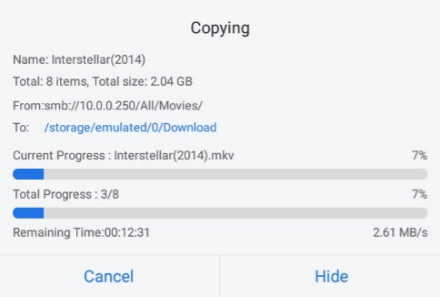 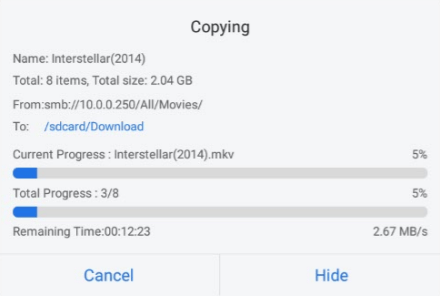 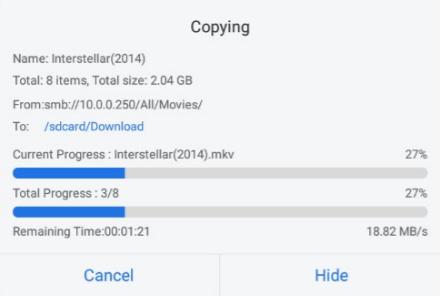 Next is more real world where AP’s have more obstruction. 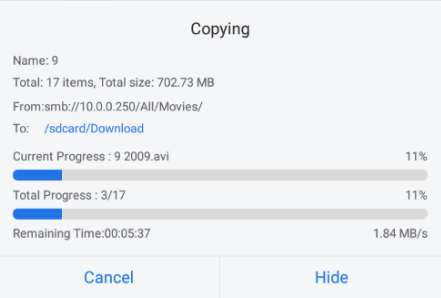 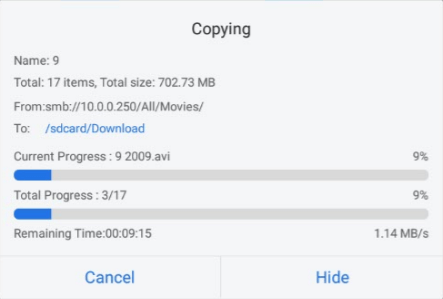 Some More Benchmarks and Info

I’ve used several apps and only Netflix and Direct Now had some issues:

At some point Netflix stopped working. Keep getting few seconds of video then error 0013 “Sorry, we could not reach the Netflix service….” Not sure if it is Netflix update or box update that caused the issue. I went back and did some more testing to narrow the issue down. If I reverted back to the Netflix that came pre-installed I had no issue.

DirectTV Now is a new service in the US. With some persistence I was able to get it running. Video wasn’t perfect but neither was it on any devices I tested. It was surprising that it plays better on KB2 then Nvidia Shield. It is mostly watchable but stutters some. It is new so hopefully ATT will get this fixed soon. I had to do a couple things to get it working. After Googleing and a lot of experimenting I used 2 apps from play store: Hide My Root and Fake GPS. I also had to make 2 build.prop changes: ro.build.type=userdebug to ro.build.type=user and ro.build.tags=test-keys to ro.build.tags=release-keys. I tried on a couple different boxes after figuring this out and seems to work universally.

The remote is big but there is a built in app that is pretty convenient. There are 4 color coded buttons on the remote that you can customize to launch the apps that you want through an app on the box. There is also a dedicated app button that brings up a listing of all the apps. Everything else is pretty standard. You can also program the remote to turn your TV on and off through a learning feature. But alas I still prefer either an air mouse or touchpad with full keyboard. 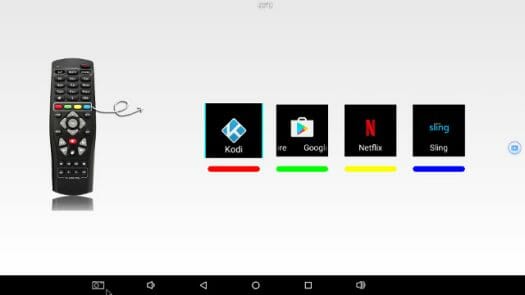 Thank the gods…there is an option to turn the navigation buttons at the bottom of the screen off and on in Android settings…It is about a 50/50 split for people that like them and those that don’t. This was the first box that I have tested that gives the user an option.

All the below tests worked. I set Android to SPDIF. I tested with latest SPMC 16.4.2 and Kodi 16.1. Turned on pass-through DTS and AC3 and all the videos below worked with no clipping. I have a 5.1 system. If I didn’t have the AC3 ticked I would get no audio on some. First box with 100% working that I have tested on stock firmware. 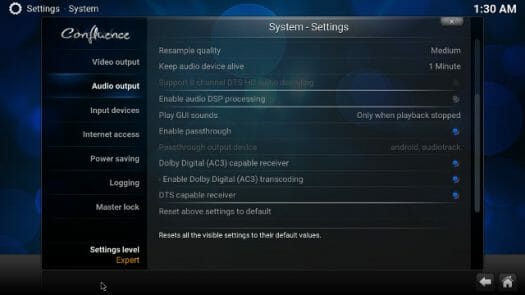 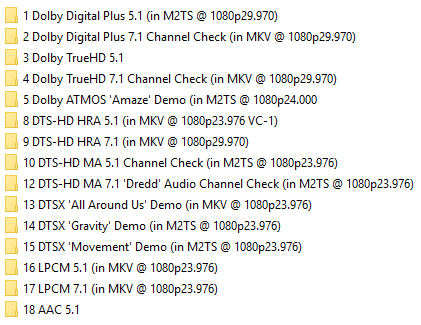 4k testing went well. I was able to play all videos smoothly with one player or another that it was supposed to play. Below are the test results. This box does not play 4k H.264 video @ 60fps per sec, so stutter is expected. Kodi and derivatives play best with amcodec turned off. The box ships with Kodi 17 beta but since it is beta, it is not very stable. I uninstalled it, and tested with Kodi 16.1 from the Play Store instead. I am not sure why 4k 8bit H.265 works better with amcodec turned on. I found the same results on S905x boxes. For the testing, I wanted to find the best overall solution and that is Kodi with amcodec turned off.

Super Celeron has put together a nice modification of the latest stock firmware from 11/23. He cleaned up the firmware and made some adjustments to boot to bring idle down to about 1% and got auto frame rate switch working. See full changelog. 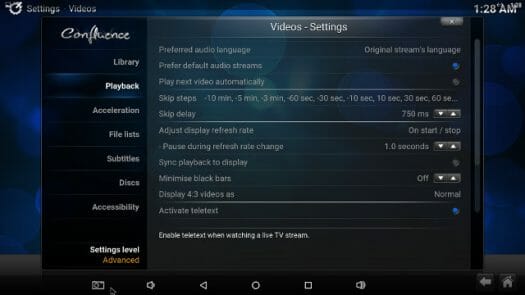 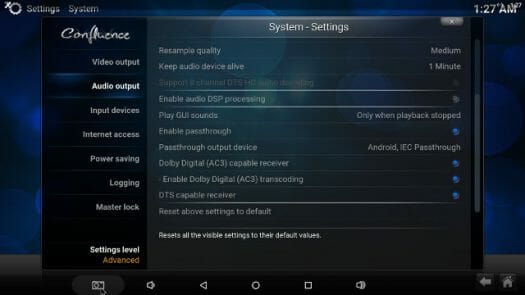 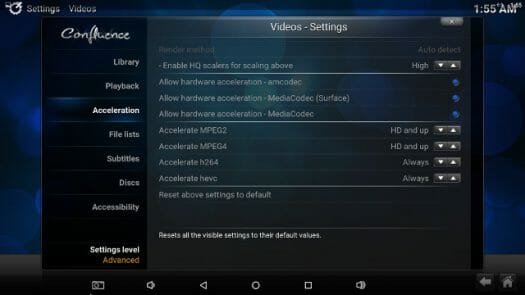 I had this box for a while now and used it as my main box and it has performed really well. Consistent updates from Videostrong is much needed in the box world. I hope it continues. Gigabit Ethernet performed really well. Pass-through working 100% is fantastic and will make a lot of people happy. Video support in Kodi is really good. VP9 support is not 100% but MX player gives everyone an option if they have movies in that format.

I would like to thank Videostrong for sending a review sample. YokaTV KB2 can be purchased on Gearbest, Geekbuying, and Aliexpress for about $68. 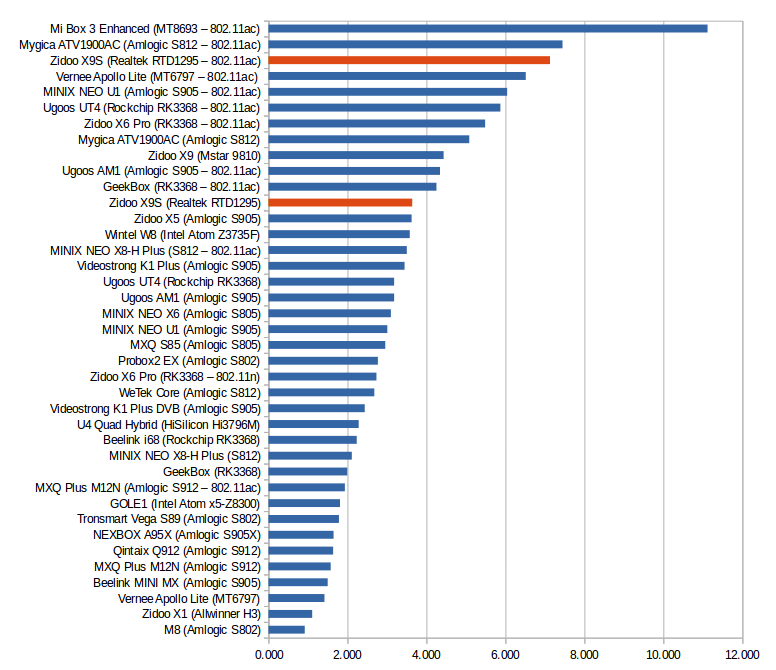 Yes good box and thank you to vidstrong for the sample in October HK fair, this box will be getting my attention for custom rom as mention last week

Not really about this specific box, but a general question. I don’t like the MP3 player in Kodi nor do I like the other MP3 player in my MQX Pro box because neither makes navigation to find a particular MP3 within my large collection as easy as it SHOULD be. I want the ability to see alphabetic letter (A, B, C, etc.) directories on-screen for both artist and album names to dig down to a specific song. Select the letter and you see a list of albums or artists with that first letter in their name. Open one of those… Read more »

Superceleron told me how to fix the auto frame rate fix. If you want to stick with stick firmware you can use this app

@Qazwer
OK, but how does it compare to your other devices? You can’t really compare numbers from different sources since the conditions are different.

Edit: OK, since Karl tested at 1 meters from the router (~21 Mbps), your results still look much better.

Does this box (or any others) have a power up button/power down button? I still have yet to find a box capable of powering up and down from remote.

@NIPSZX
All TV boxes come with a remote including a power button, and most can be turned on and off from the remote control.
Usually the problem is when you use you own air mouse, in which case you can’t turn on the device with it. The solution is to get an air mouse with IR learning function, or alternatively get HDMI CEC to work.

Duh… I use an air mouse. Great alternative choices. Thanks. I have one more question:

I need an Amlogic box with a video/audio (Yellow, red, & white) to work with an older TV. What is your best recommendation for an s802/902 or s812/912 with a video/audio out? Also, I have an cx-s806 with a phono plug (small 1/4 inch) audio/video out, would that output work with the correct plug? Thanks.

@NIPSZX
I have not tested AV port for a while since virtually nobody is using it (based on a survey I did a while ago). So I can’t really recommend anything in that regard.

@Jean-Luc Aufranc (CNXSoft)
Ok, thanks. What about your favorite recommended box with a yellow/red audio/video output? Best firmware being the top priority. Thanks.

@NIPSZX
I have a list @ http://www.cnx-software.com/2016/04/25/whats-the-best-android-tv-box/
Maybe WeTek Core, or if you only want to play videos, and don’t case about Android much, Zidoo X1 II is OK.
For the latter, Amlogic S905 TV boxes should be good with LibreELEC I think.

I just ordered one (3GB RAM/32GB ROM version)… Can anybody comment on mini Bluetooth Wireless Keyboard compatibility??
I’m thinking Rii mini i8+ or iPazzPort KP – 810 – 21BTL , both are backlit…

@smartnfit
I can’t speak directly to that model, but usually there are less paring issues with RF wireless keyboards compared to Bluetooth ones. Unless you don’t want to lose one USB port (used for RF dongle), I’d recommend going RF instead of Bt to avoid potential hassles.