I often get asked which TV box to buy, or what the best Android TV box is, and the answer is the TV box that fits your needs for the lowest price point possible. Considering there are around 2 millions apps for Android, they are multitudes of use cases, and you can’t provide a single answer for everybody. So I’ll provide a list of things to look for beside the processor, and three TV boxes that I think are worth considering, before providing alternatives for people who want cheaper devices.

Things to Look for

There are still a few things you may want to specifically look for before purchasing an Android TV box:

So as long as you don’t really care about Netflix HD, or HD playback in other premium apps, I’d definitely recommend looking into this product. You can read MINIX NEO U1 review for details, and bear in mind that some bugs have been fixed since my review including HD audio pass-through.

WeTek Core is more suited to people wanting to watch Netflix in HD, or prefer a pure Linux experience (OpenELEC). You can find more details in WeTek Core review, and just like with NEO U1, several bugs have been fixed since I posted the review close to 6 months ago. 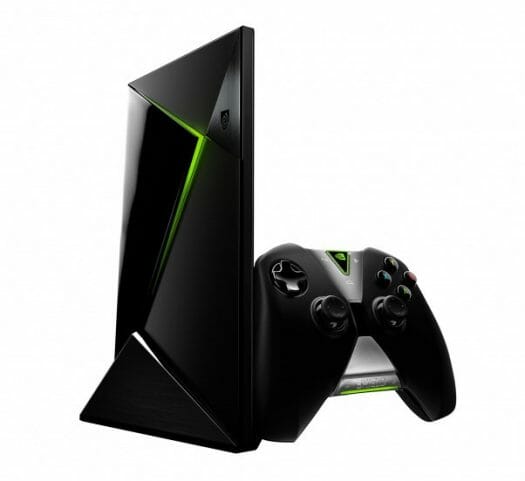 I have not reviewed the device myself, but I can read of lots of praise for it on the net.

Nvidia TV box will also be a better than any other TV boxes available so far if you are interested in 3D games. The main downside is the higher price, especially if you don’t happen to live in a region or country where it’s been officially released. It’s also running Android TV by default, which limits the number of apps in the play store. It’s however possibly to install a full (unofficial) version of Android.

Price: $199.99 on Amazon US, going up to around $245 with the gamepad when shipped to the US. If you live in some other countries the total price may go up to $300 to $400 once shipping, US forwarding, and taxes are taken into account.

Other Alternatives for less than $100

While the three boxes above have performance above the rest, not everybody wants to spend $100 or more on a TV box, so I’ll propose some alternatives.

I hope this post will help some people making an educated choice when purchasing a TV box.

I would add Ugoos to your list, I’m quite impressed by the ROM they provided when upgrading UT3S to Lollipop no more micro stuttering when watching videos (this is the most important thing in my opinion, it’s good to see RK3288 performing adequately after almost 2 years), better performance overall, frequent updates and much better scores in the benchmarks.

Nvidia is with game pad,have the best gpu over all android boxes,highest license level of drm and all others,the best active silent cooling,best build quality.If you consider what you get together with game pad,it have the best price.

I praise the Amazon Firetv 4k too, rootable at the moment, although 4k is limited to Netflix etc, Kodi runs sweet with 1080p x265 content.

I’d clarify the Raspberry Pi 3 functionality a bit. It outputs 1080p50 and 1080p60 over HDMI, with high quality deinterlacing of 1080i Live TV stuff (which isn’t universal on Android TV boxes, with some devices only doing a poor-quality Bob) It also handles VC-1 properly (some other Android TV boxes don’t) I’d have read your review as suggesting it only outputs 1080p30 max – which is not the case. It’s a very good platform for Live TV (unlike the nVidia Shield which has limited deinterlacing for instance) The Pi 3 has 5.1/7.1 PCM HDMI audio output and Kodi now includes… Read more »

Maybe it’s not a problem anymore on RPI3.

I would really appreciate similar list but with x86 Windows and Linux SBCs. As far as I know only x86 Kodi and some Windows players can convert 3D movies to anaglyph on the fly (I do not have a 3D TV). 4K is not important to me, but H264/265 and Dolby are. Therefore my ideal x86 SBC would run Kodi (Win or Lin) probably on Z8300, have MAME, some useful background services, and share USB 3.0 or SATA hard disk over gigabit wired ethernet.

The best is zidoo x1 II. Can play 3d mvc.
For netflix users, can use tv that has integrated netflix. 🙂
Why to pay more money.

The Shield takes it of course, especially for the price of $150 that a lot of people, including myself, payed for it. If you want a problem free playback of any audio and video format, the Shield is what you need, all the rest is a compromise.

Good ac WiFi reception, with an external antenna, is also an issue to consider when choosing an Android TV box.

@Ron
That’s true, but it’s much more difficult to evaluate WiFi performance, as the experience may vary a lot depending on people environment, router, router firmware, etc… I’d recommend people to use Ethernet instead of WiFi whenever convenient/possible.

PS: wetek core can watch Netflix in HD, but audio is stereo limited ( no DD+ 5.1 ) and APP Android TV version must be install manual.

Indeed, Himedia’s Q10Pro will most like be the best this year has to offer. Surprised it’s not on the list.

if you’re going for 150e mark, you shouldn’t skip cloudmedia products (they changed their name a few years back), especially “open hour” boxes, at least one of those uses android.

they have a record of solid (not perfect) software development (and i’m not sure “open” means open source in their dictionary though) but android is new to them and i was told it’s still pretty much “beta”.

Am i right to understand that “VP9” means youtube HD videos ?

@massimo
@Jack Frost
Boxes that I have tested are more likely to make it to the list, since it’s difficult for me to comment without actually testing it. The Nvidia box made it because so many people claim its the best, and even one Kodi Android developer said they “cornered the market”.

Himedia does not seem to have any support forum either, except via third parties.

@mdel
Cloudmedia is OK with their forums and firmware support, but for example their Open Hour does not support 4K @ 60 Hz (with many TVs, nor Netflix HD.

Two very good Android TV Boxes with Widevine Level 1 are WeTek.core and Rippl-tv V2 both can play youtube, Hulu, Netflix and so on in HD (1080p)

Thanks for your help. I think I’m going to finally pull the trigger and get one. Your information is very informative and help me decide on my device.

@massimo
thanks for you high comments for we Himedia Q10 PRO. Q10 pro is very strong and powerful for the local playback.

I’m really not satisfied with the Wetek Core, too be honest. Have it now for a couple of weeks but already had a number of complete freezes of the system whilst playing netflix. The remote is not really handy. If you start up a program like Netflix you have to hover the remote like a mouse to even get the app to pause, that’s not really intuitive. The on/off button on the box is not working. You have to shut it down through the menu (so when the Core freezes you have no option but unplugging the power cable). Bootup… Read more »

Have you given WETEK ear ache ( complained ) ?

I know this is old but it did influence my recent buying of a minix u9-h, and I am very disappointed with its ui, so i thought i’d add this for others to read. The minix is not licensed as an official android tv box therefore is lumped in with the tablets etc, meaning access to touch device playstore only. Which means the ui controls suck. You cannot even use the playstore app with their basic ir remote as you cannot access the search box to enter text, which is rubbish. To successfully use the box you require an air… Read more »