No, it’s not a joke. I’ve been playing for a while with Eweat R9 Plus Android TV box after inserting a 1TB hard drive in the SATA bay, but while in most other reviews, the apps and files used for testing are just taking around 3 GB, the 9.31 GB storage in that device was completely full, and I have yet to install some apps, and copy some files part of my testing procedure… 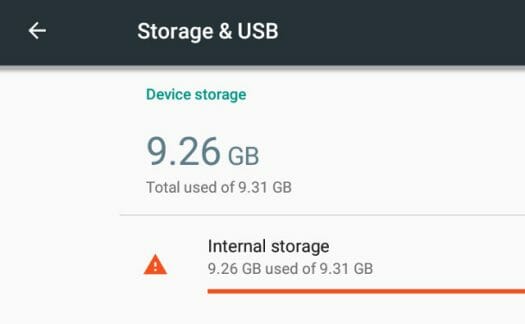 I did not immediately find out about the “storage full” issue, as I first I just noticed Kodi would not start anywhere, and the default video app would just reboot after adjusting the volume… But let’s check what takes all that space…

I had to uninstall 3Dmark in order to be able to take screenshots, which explains why I have a bit more space now, but the system reports all that space (and more???) is taken by apps. I clicked on Apps, to find out Es File Explorer was the worse offender but with only “285 MB” used. That did not add up, so I started to adb shell to try to find the exact files:

Media directory takes 3.1GB and data directory 4.5GB. After some more checking, I eventually the space mostly is taken by two large “external.db” databases for com.android.providers.media:

I have a lot of files (millions) on my SATA hard drive, many of them not media files, but the box is probably scanning the files and storing some metadata for faster access or/and search within Android. Earlier this year, I had a problem with Media Scanner in Zidoo X1 II TV box, as it slowed down the system greatly while scanning a USB hard drive and affected video playback. I solved the issue with media.Re.Scan: app which allowed me to stop the scanning process at the time. We don’t really need the app however, and since we don’t have space, you’d have to uninstall other apps to install the utility. Instead go to Settings->Apps, select “Show System” on the top right, and scroll down until you find “Media Storage”.

Now click on Media Storage, select Disable, and click on “Storage” in order to finally select “Clear Data” to free up (a lot of) space. 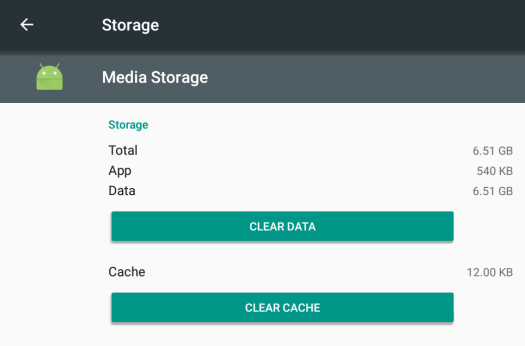 You can now have fun with your TV box with plenty of storage, and a lot less (apparent) bugs… 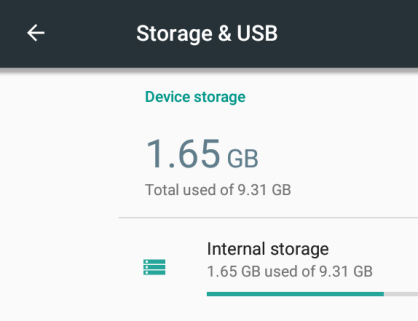 Happy to have gotten rid of Media Storage (aka The grinch) right before Christmas :).

What do you have on the drive? It sounds like the media scanner is storing thumbnails, etc for files on the drive.

@Massimo Olivieri
I have not, but it could be a good idea.

@Ian Tester
I have copied part of my PC hard drive to it, with a few thousands media files mostly pictures, two or three virtual machines, and source code and SDKs. There are a lot of small files in the latter.

I can see the directories in Android have a separate directory for thubnnails.

For future reference, if you need a quick way to check what’s taking up all your space: https://play.google.com/store/apps/details?id=com.google.android.diskusage

It is not feasible to put a .nomedia file in every directory. Nice find, I will check my G Pad tablet, it also lost a lot of space without me installing anything. I have a microSD card in it, full with a lot of files. I am using Total Commander anyway.

@Mihai
I think if you just put .nomedia in the root directory it will also prevent the system to scan subdirectories.