MINIX showcased MINIX NEO U9-H TV box at IFA 2016 last year, but was not ready to launch the product or provide the full details yet. The company has now completed development of their Amlogic S912-H octa-core TV box, and sent a review sample for evaluation on CNX Software together with their latest MINIX A3 air mouse with voice command function. I’ll start by listing the specifications of the TV box, take some pictures, and tear it apart to check out how it’s been designed in the first part of the review, and test the firmware in the second part which I intend to post in a few days.

One of the main difference over other Amlogic S912, is the -H suffix which means Dolby and DTS licenses have been paid for so all apps will handle those audio formats:

The device runs Android 6.0.1 with XBMC MINIX Edition. The box does not officially support Netflix, but this apk likely based on a previously reported Netflix hack, should give you better quality than the Netflix app from Google Play.

I’ve received the box and air mouse in familiar looking packages (if you’ve ever bought anything from MINIX).

The TV box has exactly the same shape as previous model, and ships with a WiFi antenna, a HDMI cable, a USB OTG adapter, a micro USB to USB cable in case you want to connect the box to your computer, a 5V/3A power adapter, a MINIX IR remote control, and a user’s manual in English, German, and Chinese.

The front of the device has a plastic window for the IR receiver, and the power LED, while one of the side includes the power button, three USB 2.0 host ports, a micro SD slot, a micro USB OTG port, and a Kensington lock. The rest of the ports can be found on the rear panel: 3.5mm headphone jack, 3.5mm microphone jack, HDMI 2.0a output, optical S/PDIF, Gigabit Ethernet, and the power jack.

You’ll also find the recovery pin hole on the bottom of the case, more exactly on the left side on the picture below. 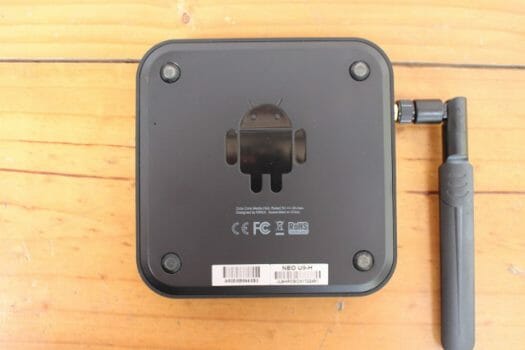 NEO A3 air mouse specifications include:

The remote ships with a user’s manual in English, and an RF dongle located in one of the two battery compartments located on the keyboard side.

It’s actually very similar to MINIX NEO A2 Lite I’ve been using in all of my reviews for about a year.

The main difference on the remote side is the microphone & settings button in the new model replacing respectively the “enter button”, which I never use since the Android button does the same, and the mute button. The keyboard side is very similar, except for some adding characters on the arrow keys.

The remote fits well in bigger hands, and I’m overall happy with my experience with A2 Lite, but I wish that space, dot, and enter did not have alternate keys, as I often have to press the Fn button to switch between mode. For example typing an IP address is not that convenient, but one the other side I understand space is limited on such keyboard, and you may have to compromise. The air mouse works well with MINIX devices, and can also be used with other devices, except that you can’t turn on TV boxes from other brands with the remote. This would require some IR learning function which has not been implemented.

Opening NEO U9-H is straightforward, as you just need to remove the four rubber pads on the bottom of the enclosure, and loosen four screws.

The bottom of the board includes two SkHynix H5TQ4G63CFR-RDC DDR3 SDRAM chips (1GB RAM), the recovery switch, and a 3V battery for the real-time clock (RTC). 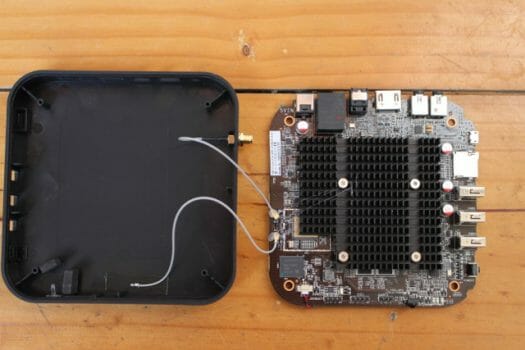 It’s then very easy to complete take out the board, as you can simply pull it out. MINIX is always serious when it comes to cooling, and again they’ve used a large heatsink in their latest model, which means there should be no CPU or GPU throttling issue. The two wireless antennas are connected to u.FL connector with some glue to keep them in place during transport. 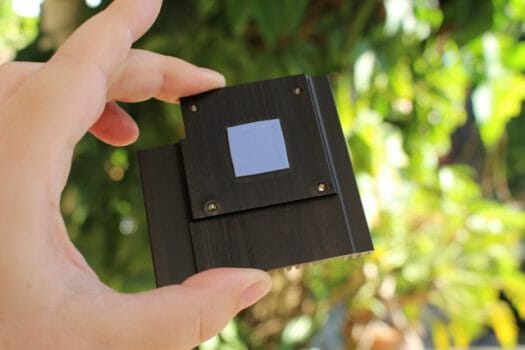 The heatsink has a thermal that fits right on top of Amlogic S912-H SoC, which on the top of the board is connected to two more  SKHynix chip brings the total memory to 2GB, and a 16GB Samsung KLMAG1JENB-B041 eMMC 5.1 flash with 285/40 MB/s read/write sequential performance, and 8K/10K random R/W IOPS, so I/O performance should be very good.

Network connectivity is achieved via a Realtek RTL8211F transceiver, and a RJ45 jack with built-in transformer, as well as the same Ampak AP6356S wireless module found in MINIX NEO U1, and supporting 802.11 b/g/n/ac WiFi up to 867 Mbps (2×2 MIMO) and Bluetoth 4.1 LE. Other components include Genesys Logic GL852G USB 2.0 hub controller, ES8323 audio codec, and Nuvoton MINI54ZDE ARM Cortex M0 MCU to handle power controls. wjhich were also used in NEO U1 TV box. MINIX also kept the same debug headers with JDEBUG1 with 3.3V/Tx/Rx and GND, ICE1 possibly for Nuvotron MCU, and JUART1 with Tx/Rx/GND. So the hardware looks just as solid as in NEO U1, and the eMMC flash that has been upgraded to a new and faster model, which should help a bit with boot time, apps loading times, and overall performance.

That’s it for the hardware, we’ll have to see if firmware is working as well as on their MINIX NEO U1 model, and I’ll publish a review sometimes next week after completing testing.

MINIX NEO U9-H will be officially released on Friday March 3, with pricing as follows:

GearBest has already listed the device on their site, but it’s currently out of stock, since it will only launch in one week. However, MINIX also told me they had some limited stocks in their Amazon US, Amazon UK, and other Amazon stores.

fantastic news! finally U9 releases ! do please test this device in all its details: VP9 video decoding, DAC feature, and Dolby Vision! as on forums they stated S912 cannot READ dolby metadata…which renders the device basically only compatible with DV and not really optimised for it..so useless ! also what REALLY REALLY interests me is PQ and AQ: how does it upscale SD ? does HD look as good as Himedia Q pro or Zidoo x9s ? contrast? how does HDR look ? Is PQ the same as cheap S912 devices, black levels ?! etc… i am sooo torn… Read more »

@nenito2k
Dolby Vision won’t be tested here, unless somehow I can test without HDR capable TV…
The only time I noticed a stricking difference in terms audio and video quality is when I bought an AV receiver, and a new TV. There aren’t that much differences in terms of quality between boxes. I’ve seen some “white noise” in some boxes in the past, but I’d consider this a bug rather than a quality issue.

thanx for reply. does the minix offer both internal and external player for video/audio ?

this is the case for himedia/zidoo.

and external player offers much better PQ/AQ and colors! as its not limited by KODI that doesnt support 4k, REC2020 nor HEVC 10 bits….

MINIX told me that

1. All MINIX NEO U9-H units do come preloaded with the HDCP 2.2 key, however it is currently disabled. HDCP 2.2 will be enabled in the upcoming firmware update
2. Also, you will see a significant improvement in the network performance in the next firmware update.

When playing home videos from a folder on my computer, will the files play one after another once the first file is chosen? Will the MINIX NEO A2 Lite remote work with a video projector with a projection screen? Thanks.

Where can I see a copy of the MINIX NEO U9-H User Manual online?

@Gary
1. You can play videos in a folder automatically. You just need to change some settings in Kodi.
2. A video projector is just another HDMI output device, so it will work.

I can’t find the manual online, maybe ask on minix forums, they may be able to redirect you to the download link.

@Jean-Luc Aufranc (CNXSoft)
Thank you for your help.

@Theguyuk
Thanks, It does help.