There are plenty of Android TV boxes powered by Amlogic S905X processor on the market, but ACEMAX has apparently decided to leverage the community’s work on LibreELEC, and launched two “ACEMAX LE” models with 1GB RAM/8GB flash or 2GB/16GB that runs LibreELEC sold on Aliexpress for respectively $39.99 and $57.99 shipped. You can also buy the second model with a dual boot Android 6.0 + LibreELEC firmware for $59.99 including shipping, instead of only running LibreELEC. 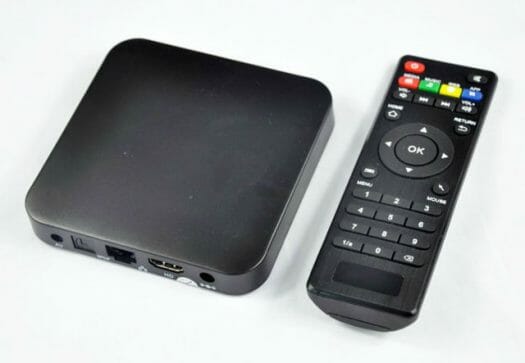 The company uses both “OpenELEC”, “LibreELEC” and “Pure Linux”, but the video demo embedded at the end of this post shows clearly the box booting LibreELEC 7 with Kodi 16.1.

The TV Box ships with a remote control, a HDMI cable, and a power adapter. You can normally install LibreELEC by yourself on most Amlogic S905/S905X TV box, but getting it pre-installed should save you a little bit of time, and the need to work around potential issues.

grat news, but now that Androd 7.1 is available, and it seems it cannot be upgraded via OTA, better offer it next month with the Android 7.1. And even better in a future with Sailfish, that is GNU and APK compatible.

Do you know if any dual boot images for librelec/Android that we ourselves can flash?

No, you must tweak it, and it would be the first one.

First you would have to make it work with drivers (if openelec works it would be easy, except for Wayland, that I do not know if you have the drivers)

And second you must add a TV box environment able to be used with remote IR, that can be KODI as apps can be added to its menu.

Unfortunately there is no custom ROMs community for TV boxes, at least not yet, but Dirty Unicorns have Sailfish roms for some SoCs.